We love the HK cafes but the challenge of deciding what to order can be daunting. Best to go on line and figure out before you arrive. We lined up Saturday just around noon. No one is likely to tell you but remember to step inside and give your name to the hostess or you might have a long wait. 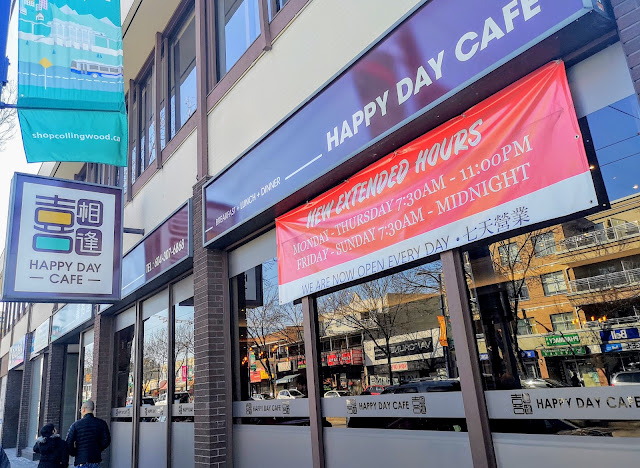 We didn't end up waiting too long at all. There are booths, tables and a nice raised counter in the middle of the room where we sat on stools. 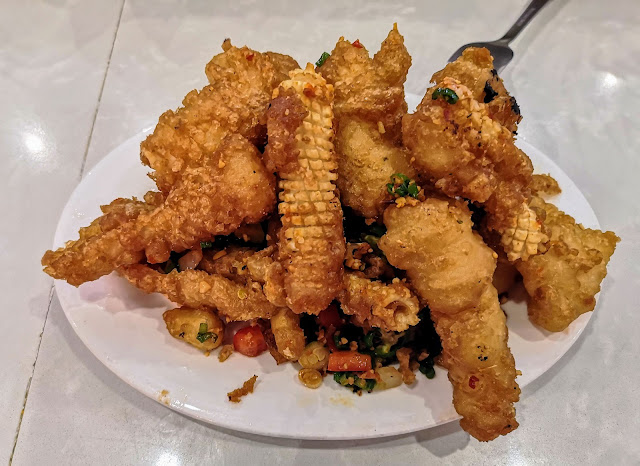 We started with their Salt and Pepper Deep Fried Squid. This was excellent!. Beautifully tender squid onto which we would balance chilis and the rest of the mixture. It was a generous portion also. 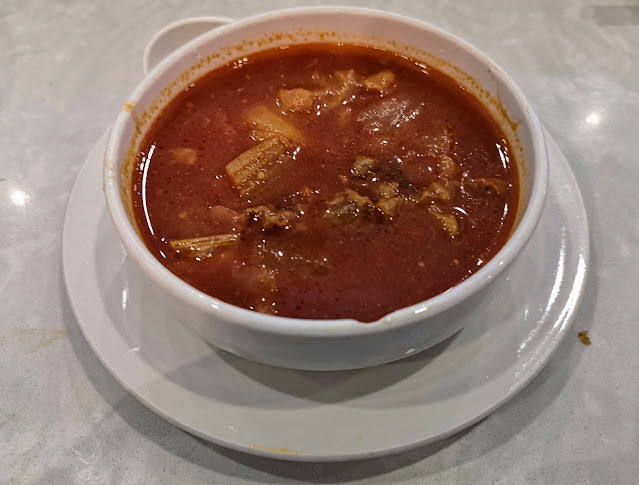 One of our meals (not sure which one) came with a drink or soup. We chose the Borscht. I have always been curious as to why Borscht would be an HK cafe thing. It was comforting and tasty enough. I was not aware of any beets as there would be in a traditional Borscht but that is not a complaint. 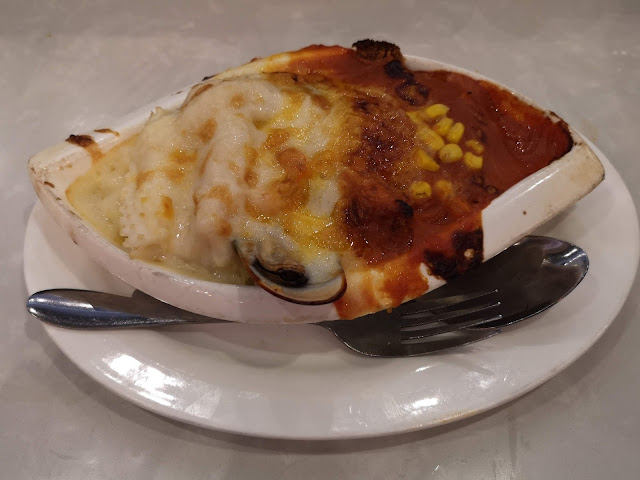 I wanted to try something off the Western Set page, the baked dishes. They look so good in the pictures. So we ordered the Baked Pork Chop and Seafood on Rice. I have to say it was a bit 'meh' and I will not order it again. I guess I expected the topping to be cheesier. I am not keen on mussels that were frozen in the shell either. The pork chop side was a little tastier. 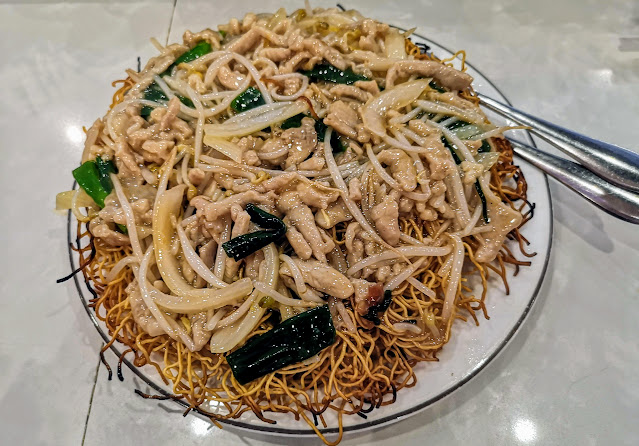 Marie wanted noodles so we ordered Shredded Pork Chow Mein which arrived as a surprisingly large dish!. This came with crispy noodles which were fine but the pork in sauce itself was again a little on the bland, cornstarch-thickened side. I think that our somewhat tepid feelings were partly due to poor ordering on my part but they also did not have a couple of my first choices. 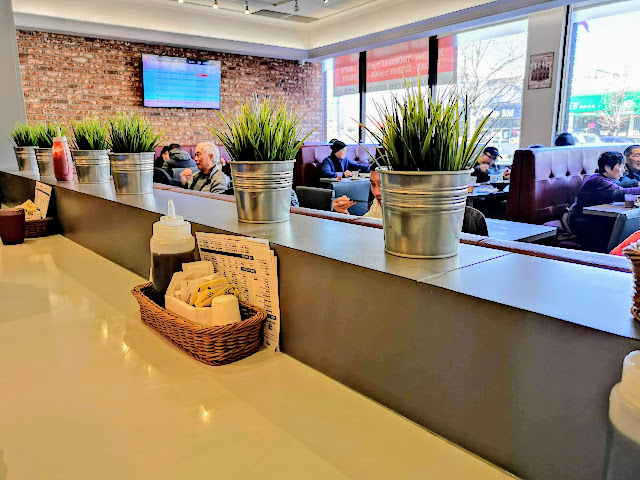 I would definitely not steer you away from Happy Day. I would just suggest that you order the squid and then something other than what we ordered! There is a lot on the menu as is expected in an HK style place. The staff was very friendly with us despite being run off their feet.
For what it's worth, we give Happy Day Cafe a 3 out of 5.

By Yes! We're Eating Vegan Again! at March 07, 2019
Email ThisBlogThis!Share to TwitterShare to FacebookShare to Pinterest