This time it was Marie's kid's turn to take us out for lunch. I love it when a blog post doesn't cost me anything! 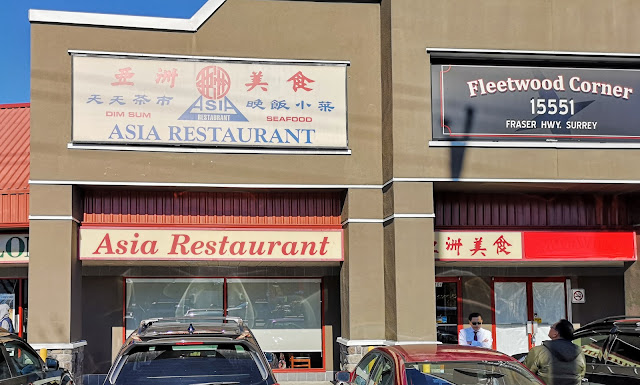 Our choice to go to Asia Restaurant was a combination of convenient location (we didn't want to travel far) and a "someone told me that this place is great" comment. Seems a little risky but we threw caution to the winds. 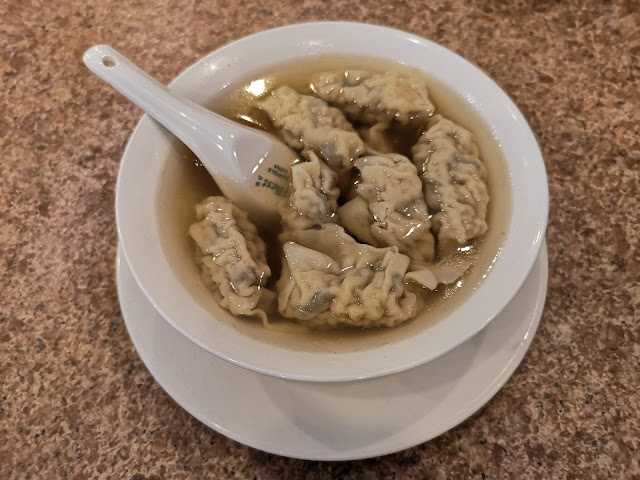 There was some soup with dumplings involved which was enjoyed. 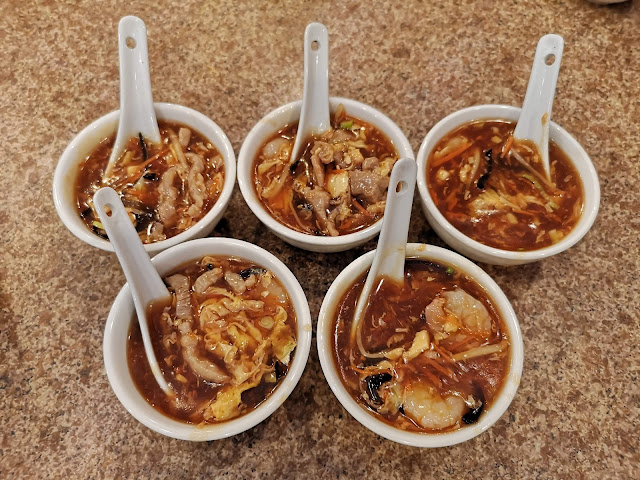 And Hot and Sour Soup for most of us. It came in a large bowl but our hostess doesn't know the 'nobody touches the food until I've taken a picture' rule! So we made the best of it! This was very good! 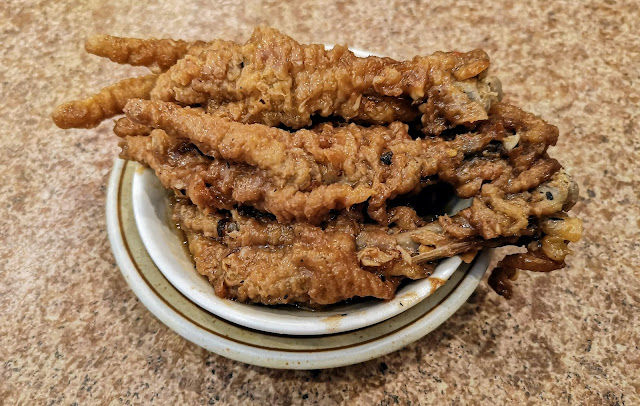 I thought that we were doing the Dim Sum thing and this was my choice. The Chicken Feet were tender and cooked with black bean sauce but not exciting. 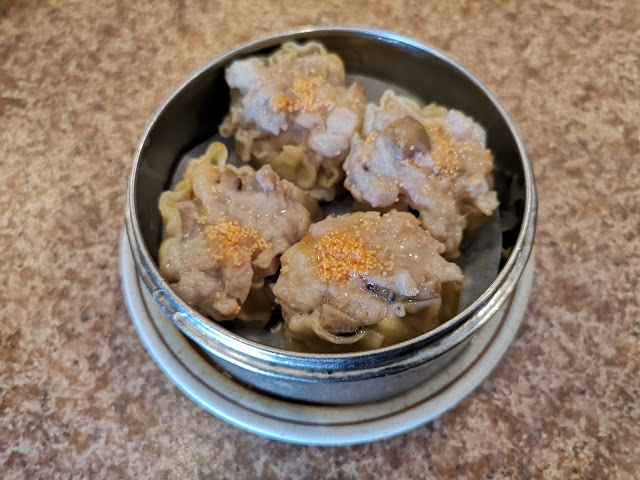 There was also Siu Mai which was meaty and tasty. I would order this again. 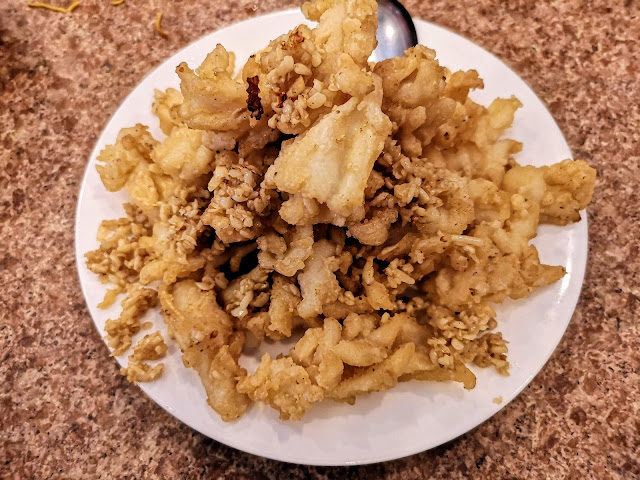 It seemed that everyone else had other than Dim Sum cravings. The Deep Fried Squid was my favourite of the family style plates. These were tender yet crispy and nicely salty as we hoped they would be. 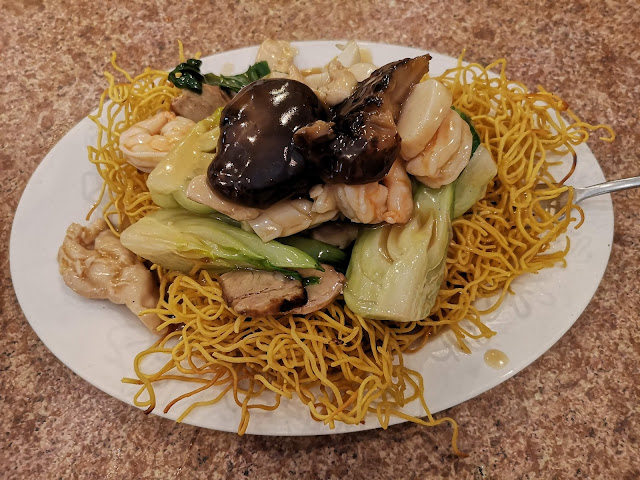 Crispy Chow Mein Noodles. This was tasty enough but again, not too exciting. Decent crunchy greens. 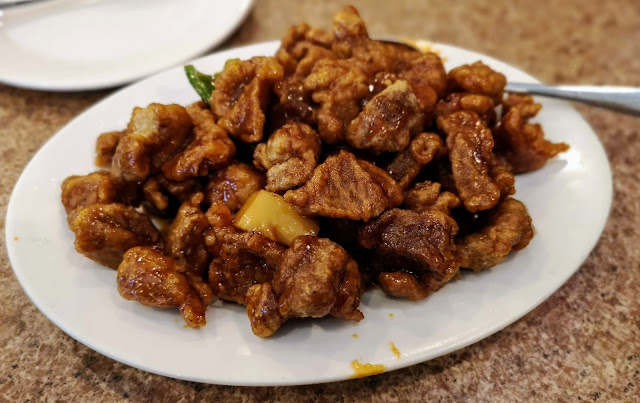 Sweet and Sour Pork. This was not bad and transported me back to my childhood when sweet and sour was the most amazing Asian dish that I could imagine. 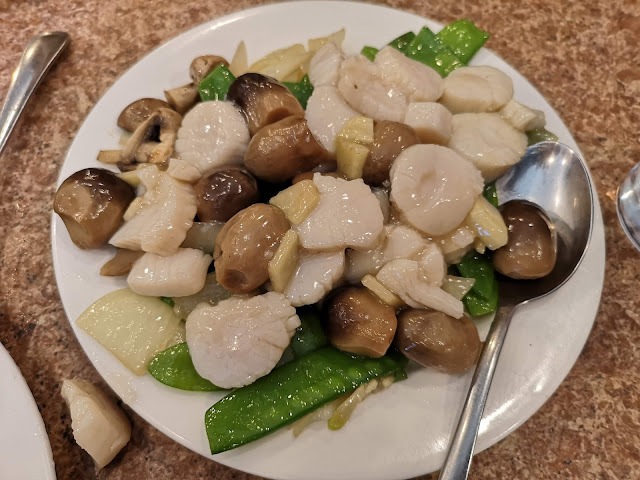 The scallops were good and the snap peas were really good but I'm not a straw mushroom fan. If we could get them fresh it would be different but canned mushrooms? I don't remember what this dish was called but it seems fairly obvious. 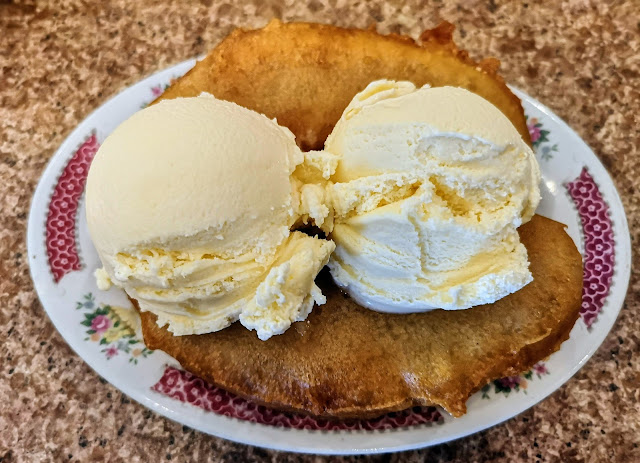 And someone still had room for dessert. These Deep Fried Bananas and Ice Cream looked good! 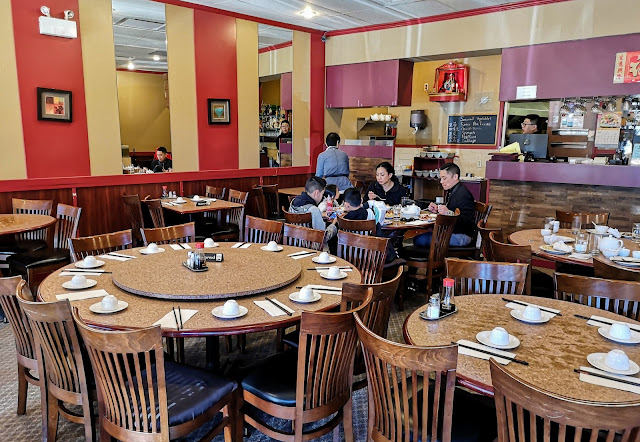 So our hostess who looked after us was very nice. I expect that this is a family run thing and she is maybe the matriarch? Don't know, just guessing but she was very attentive. I wouldn't make the trip from Richmond (if that's where I lived) but if you live close by, its a comfortable enough place with lots of choices. The food was not startling but acceptable.
For what it's worth, we give the place a 3 out of 5 (at least .5 is for our hostess).

By Yes! We're Eating Vegan Again! at March 10, 2019
Email ThisBlogThis!Share to TwitterShare to FacebookShare to Pinterest