My hit list of restaurants and cafes to visit is ridiculous. Every time I hear or read a good review, get a recommendation or see something that looks tasty on Instagram, the place goes on my list. Obviously, this is the recipe for a long list. Often, when I finally get back to the name, I can't remember why it is there or what it is known for. So in a way, I kind of feel like its a brand new find and that we may be revealing to the world a hidden gem that no one has been to yet! Not usually the case I know, but let me enjoy the moment! 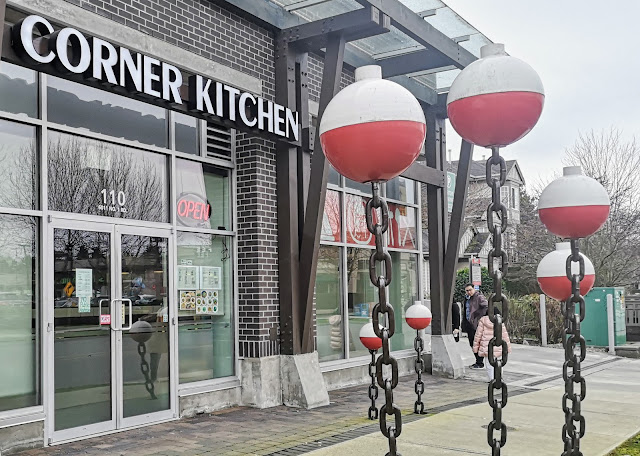 Corner Kitchen is one of those places that I would like to claim to have discovered, although we didn't start out so keen. After a nice stroll along the Terra Nova Park dyke on a brisk Sunday morning, we sought sustenance at the nearby Corner Kitchen, a cafe with an interesting Taiwanese menu. Although their web site says that they open at 11:30, Google says that they open at 11:30 and even the sign on their front door says that they open at 11:30, somehow they just couldn't get the doors open until noon, even with prompting by telephone (Only so much prompting is appropriate if people are going to be handling your food later). Crisis averted as once we were inside, we were quickly seated and served lovely warming tea! 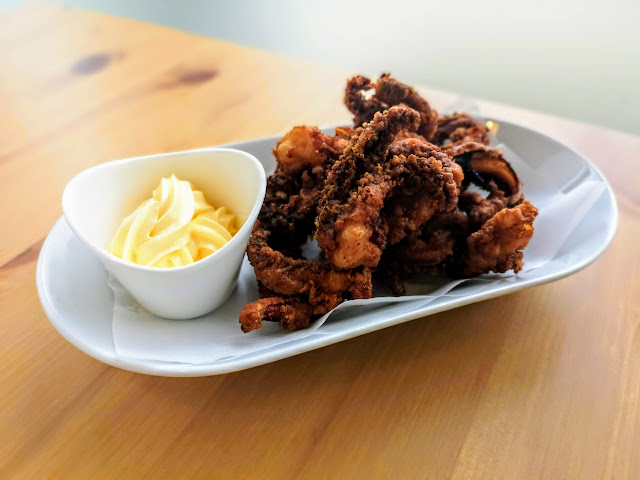 A couple of appetizers were ordered, the first of which was their Deep Fried Squid. This was excellent! Although the tentacles were of the larger variety, they were tender, crisply fried and tasty. A few tentacles survived and were finished at the end of our meal and yet suffered no ill effects (I.e. they did not become tougher or greasy). The Japanese Mayo on the side served them well. 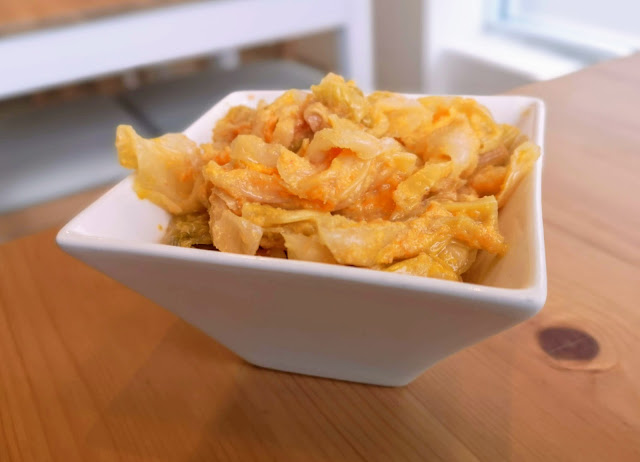 Also, on the side, we tried the Chinese Golden Pickled Cabbage. A generous bowl arrived and we were hopelessly hooked! Marie and I immediately scurried to Google in search of recipes (found one!) which was followed by an exhaustive search later at T and T. Where can we get this? It was such a delightful slightly sweet, sour and crunchy flavour. Wonderful! 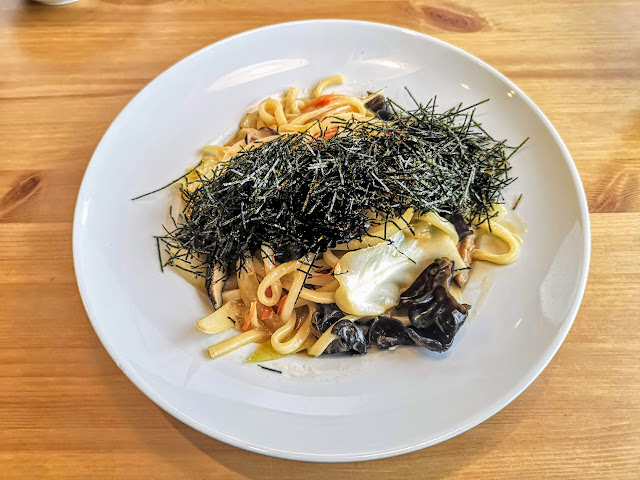 Mentaiko Stir Fried Udon was next and delicious! When all mixed together (they were kind enough to remind us to do this), then the roe, nori and other ingredients formed a wonderfully rich and slightly spicy mixture with lots of wood ear and a few shitake mushrooms. We really enjoyed this dish. 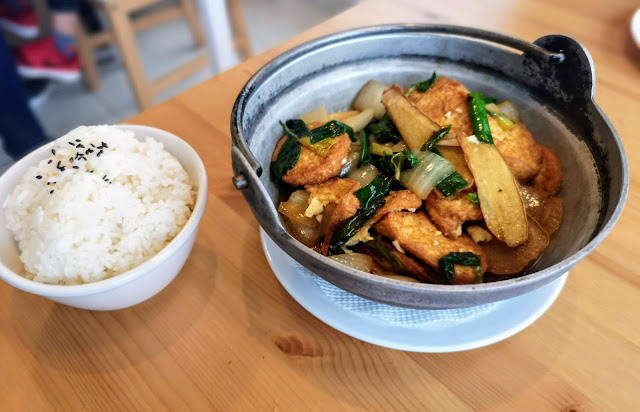 Finally came Stir Fired Tofu with Three Cup Sauce. This dish also made us very happy! There were many slices of ginger and whole garlic cloves and lots of basil. The tofu slices were crisp and soaked up the sauce well. We ordered a side of rice as well so as to leave no sauce behind!
Amazingly, when it was time to go, our server offered to pack our leftovers, rather than just provide a container. I forgot that people could do that! 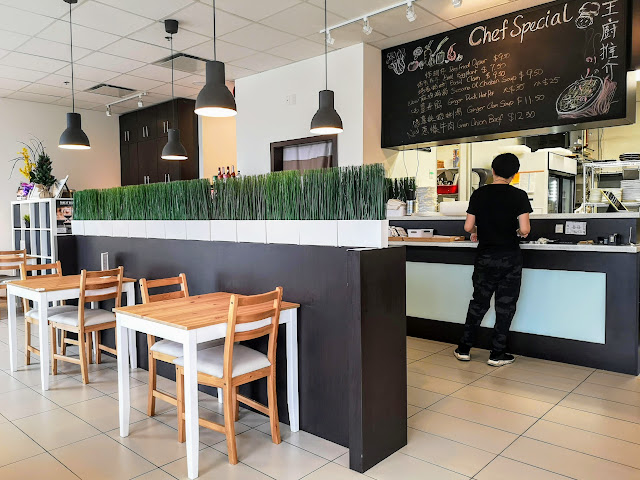 We are now big fans of Corner Kitchen (thanks for not spelling Corner with a K!). The folks were friendly and service efficient. The restaurant was light and sharply decorated with comfortable chairs and tables. The menu is not long but there were a few other things that we will return to try. Let's just hope they can get those doors open on time!

By Yes! We're Eating Vegan Again! at January 28, 2019
Email ThisBlogThis!Share to TwitterShare to FacebookShare to Pinterest