I listen closely when I hear Neil deGrasse Tyson speaking. I was surprised to hear him declare the merits of Shake Shack when compared to In 'n Out burger so I knew we had to check it out. 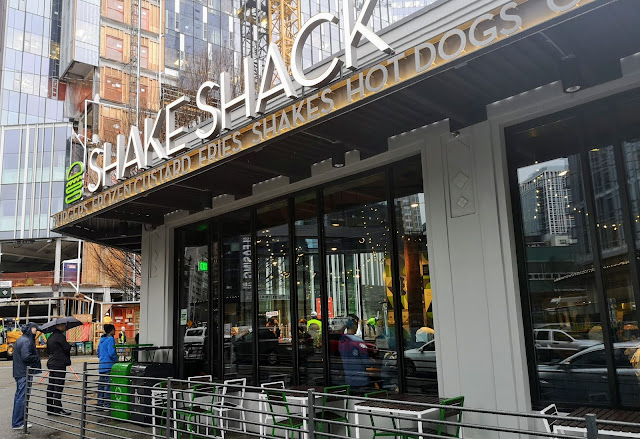 Considering that there are almost 70 international locations in countries including China, Russia, Saudi Arabia and Turkey to name just a few bastions of human rights, it is surprising that this is the first location in the Pacific Northwest. We came expecting a line up and indeed it was 30 minutes from getting in line to burger so not too bad for a relatively new place with a lot of buzz. Inside, you order at terminals then wait and maybe hope for a table to open up. We got ours to go. 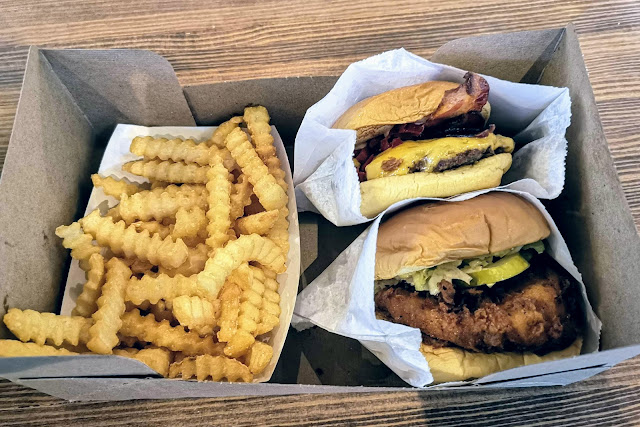 A Smoke Stack, a Hot Chicken, a grilled cheese, fries and a water came to about $34 CAD. The Hot Chicken which came to $10 CAD,  was not a patch on what $13 gets you at DL Chicken in Vancouver. 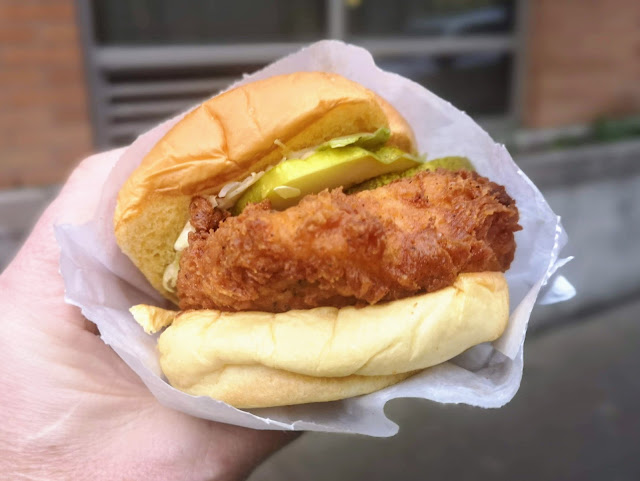 While there was a bit of kick, you have the option to make it much spicier. There was a generous piece of chicken but it was on the dry side. The pickles were great but I wouldn't come back for another. 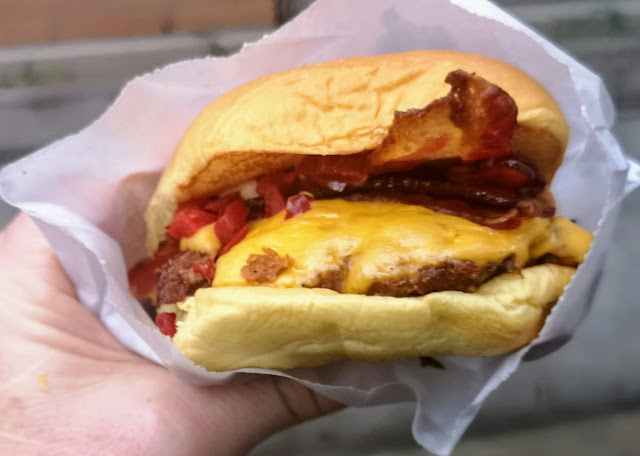 Next was a single Smoke Stack. At the same price as the Hot Chicken ($7 USD) this was a tasty burger. The bacon was smokey and a few peppers added some zing. The beef itself was nicely cooked (not cooked to death) and beefy, and they were not cheap with the cheese and bacon. I'm not sure what to compare it with as there is no bacon at In 'n Out where a cheeseburger is two and a half bucks but I'm gonna say they have a winner in the Smoke Stack.
I'm not sure what happened to my Grilled Cheese. Perhaps someone sat on it as it didn't look like the picture on the menu and I couldn't save it with my own photograph. It was delicious however, nicely toasted and buttery with lots of melty cheese. As for the fries they were just fries and nothing too special. 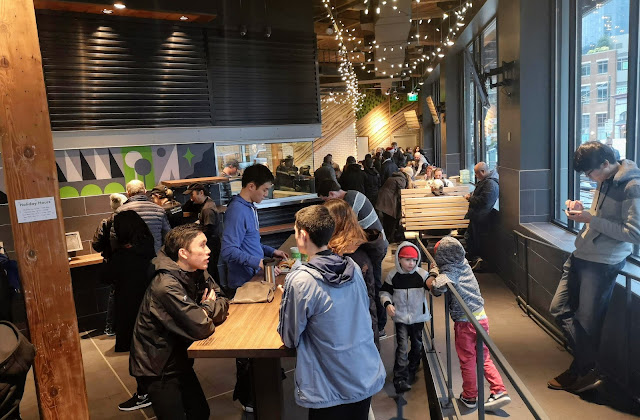 So we gave Shake Shack a try. I'm not really sure why the debate is In 'n Out vs Shake Shack. While the former sticks to a simple menu, is quite a bit less expensive and is still amazing, the latter has a much more ambitious menu, costs a few more pesos and is also pretty good. I guess it depends on what you prefer but I will cast my vote for In'n Out. Sorry, Neil deGrasse Tyson!

By Yes! We're Eating Again! at December 30, 2018
Email ThisBlogThis!Share to TwitterShare to FacebookShare to Pinterest