It was fun to trip around on the Oregon coast and then in Portland for a few days, but I'm always happy to be home, where I sleep better and where the best noodles are! 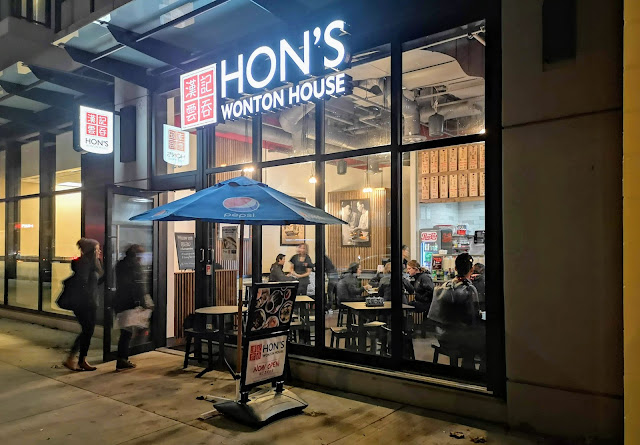 I have fond memories of Hon's in Chinatown where my Chinese food horizons first began to be expanded beyond the Rick Shaw in Whalley and chicken chow mien (read about the Rickshaw in our first blog post almost a year ago). Alas, the Chinatown Hon's was closed some time ago, but there are other locations. We visited the Olympic Village restaurant as part of Vanfoodster's Dumpling Fest in November of this year. 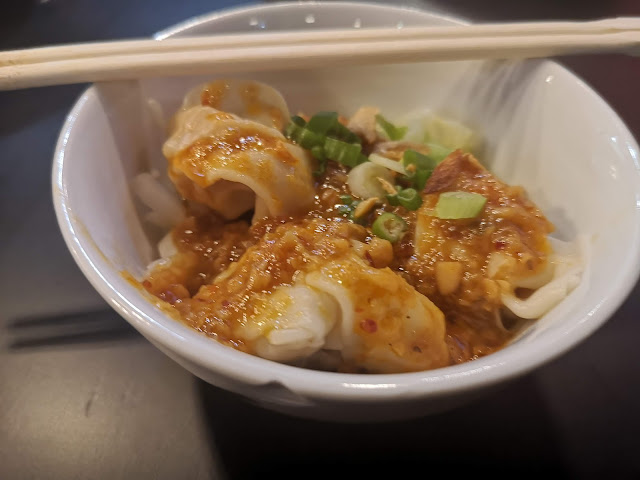 On that occasion, we enjoyed Spicy Wontons and Pork Potstickers. 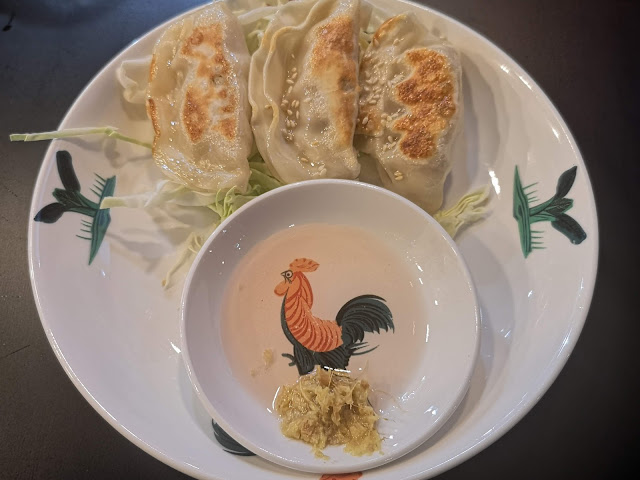 That little visit moved me to add Hon's OV to my 'list' and I have been anxious for us to return. This being soup weather, we finally stopped by to get warmed up! 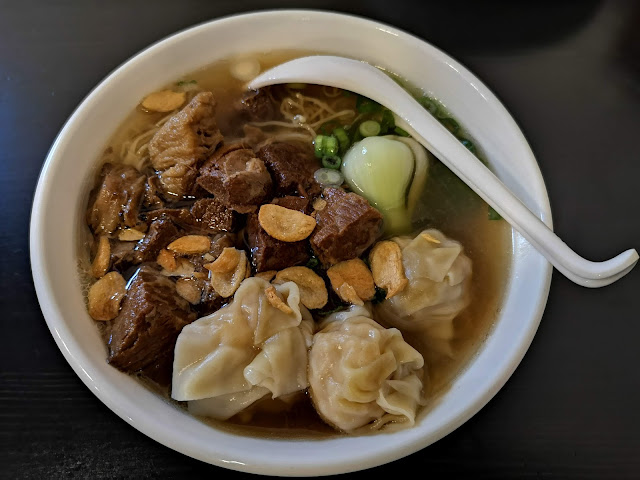 Marie chose the Brisket and Wonton Noodle Soup. It came topped with fried garlic slices which turned good soup into great soup! The brisket was tender and tasty, the dumplings had some shrimp chunks which still had just a bit of snap, the greens were nicely crispy while the broth had some flavour. And then there were some pretty decent noodles! Great soup! 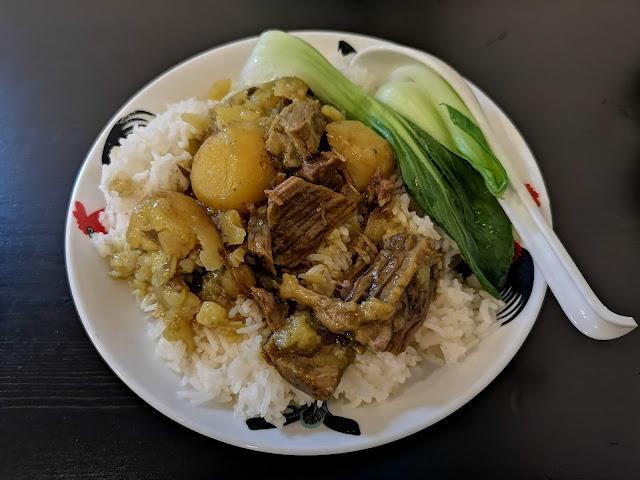 I had one of the dishes that started it all for me at Hon's in Chinatown, Curried Beef Brisket on Rice. With just a touch of heat, the brisket and potatoes were delicious although the brisket was a touch on the chewy side. 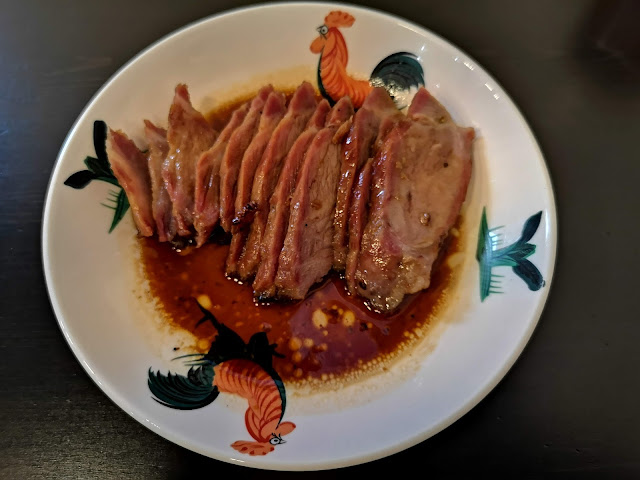 Finally, we had a side of Barbeque Pork. This was very good. I would say that it seemed to have a bit of molasses flavour but I'm sure that it probably has more to do with five spice and the combination of other ingredients. 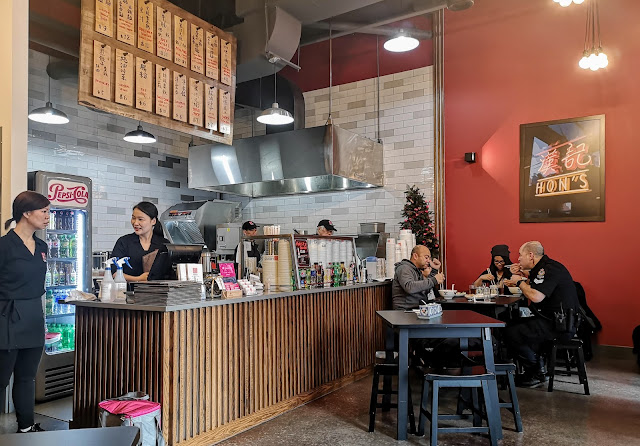 Hon's is on the small side but not tiny and we did not have to wait for a table. The staff was very friendly and attentive and we will definitely return

By Yes! We're Eating Vegan Again! at December 31, 2018
Email ThisBlogThis!Share to TwitterShare to FacebookShare to Pinterest