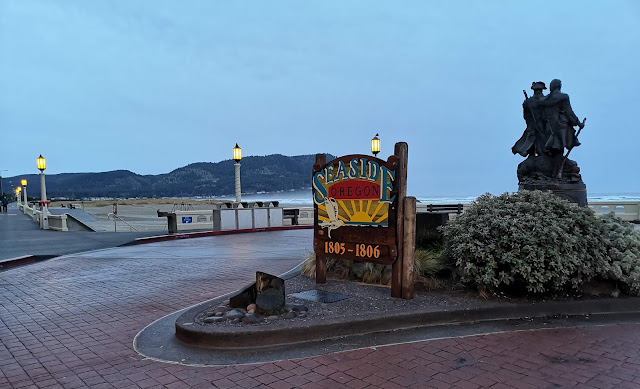 Decidedly non-traditional holiday weekday 2 started with coffee and a long walk on the expansive beach at Seaside. What is it that draws us so powerfully to the ocean? I cannot get enough of crashing waves and both rugged and sandy coastlines even in the chilly Pacific Northwest in the middle of winter! We decided on a little drive down the coast as far as Tillamook and then to crawl back, stopping for vistas. 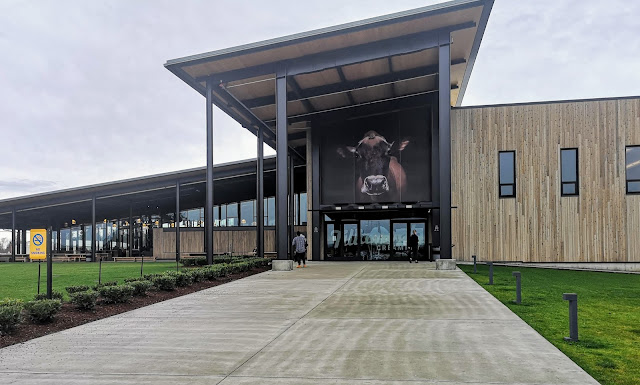 So skip ahead an hour, we found ourselves in front of Tillamook Creamery. You can learn a lot about dairy here by taking a self-guided tour and watching the cheese making process. It is quite impressive. We figured that since they are promoting their products that might serve up some decent eats and we were not wrong! 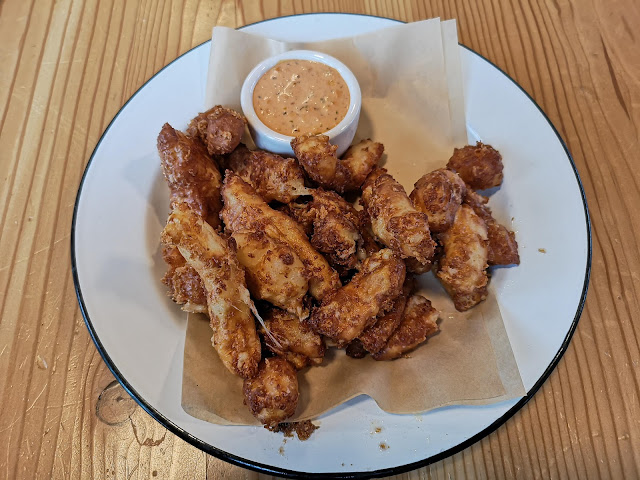 We tried Tempura Fried Cheese Curds (proof that poutine is the only option) that were served with a spicy chipotle sauce. Very nice! 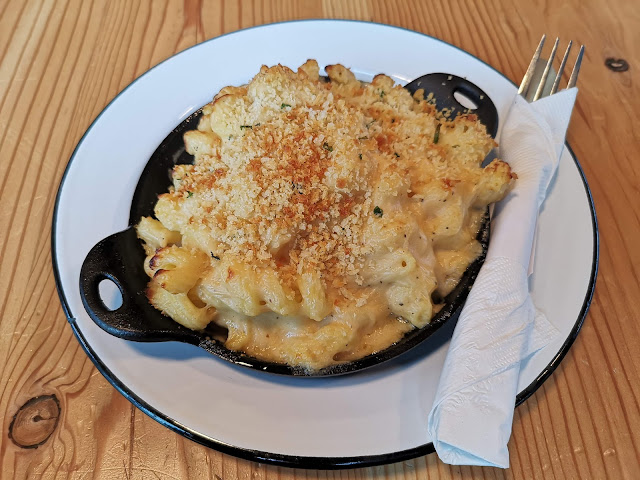 When I dream of perfect Mac and Cheese, this is what I dream about! The macaroni was not overcooked for a change, while the cheese was rich and melty and present in every bite. And a nicely crispy bread crumb topping for contrast. This was wonderful! 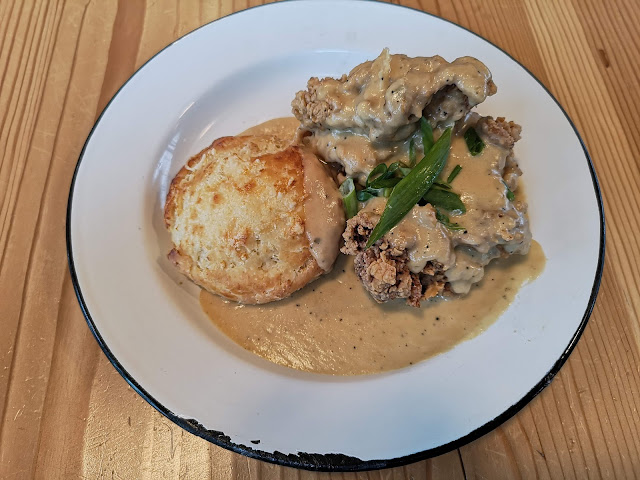 Finally amazing fried chicken with a cheese biscuit and gravy! This was wonderful too! South of the 49th, there are biscuits everywhere compared to metro Van where it seems to be a speciality. And they often cover them with gravy! The fried chicken was moist inside (even the white meat) while crispy on the outside. We were in heaven! 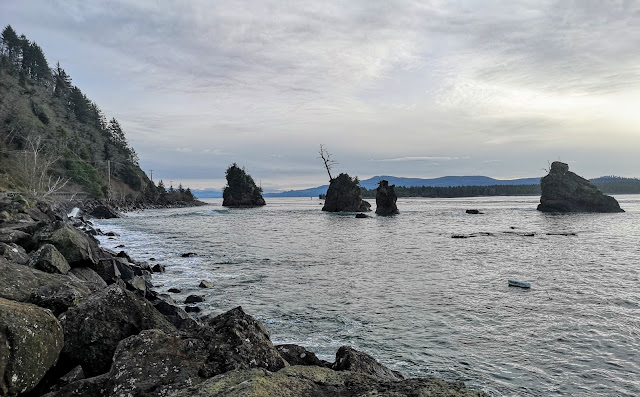 Within those few miles of coastline on the drive home, the terrain changes drastically. 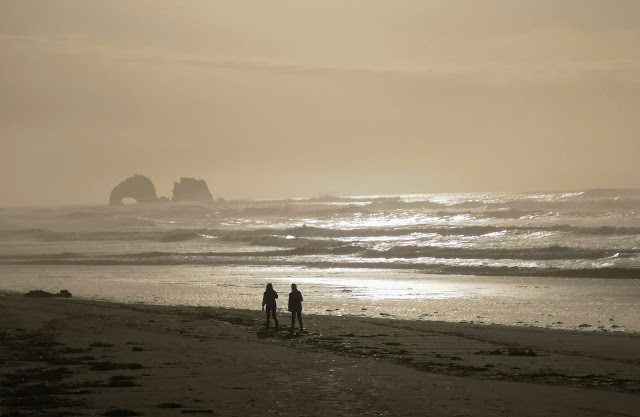 From rugged to more sand stretching for miles. 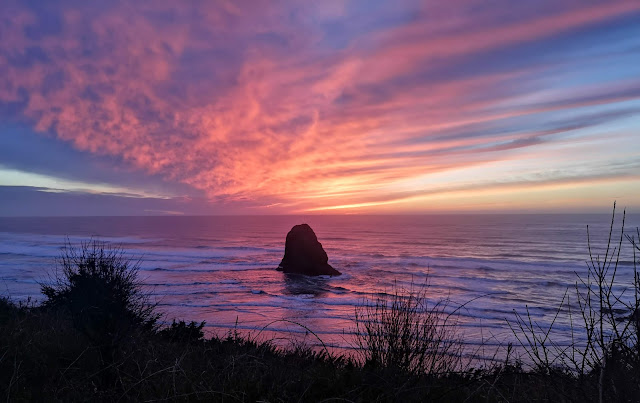 As the sun set, we got to thinking about, what else? Eating! 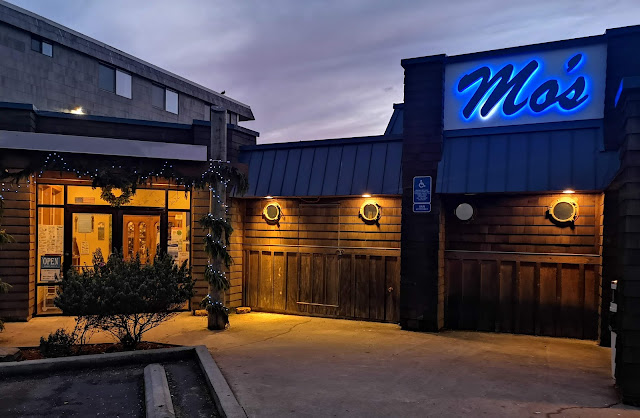 For the last thirty years, every time I have mentioned the Oregon coast to my father, he has regaled me with anecdotes about Mo's, so I figured we should try the place. Now, we had realistic expectations. Robert Clarke is not cooking here! We thought some fish and chips might be OK though! 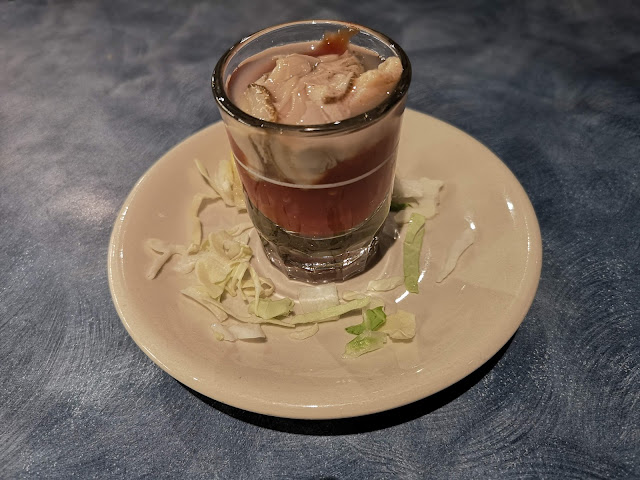 Things started off well enough with a fresh and briny oyster shooter followed by a nice cabbage salad with shrimp. 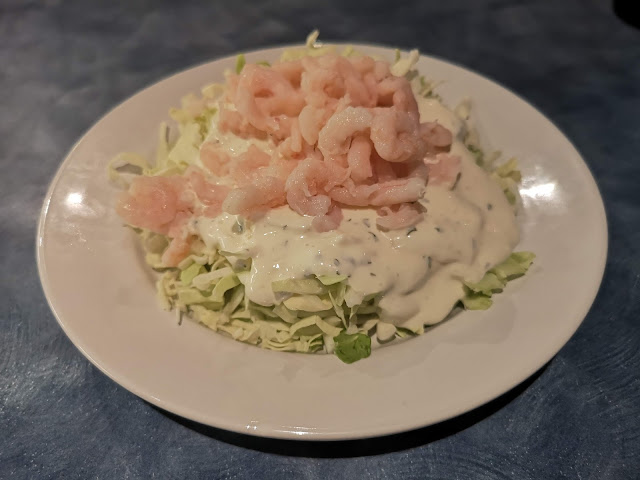 The Combination plate left a little to be desired. 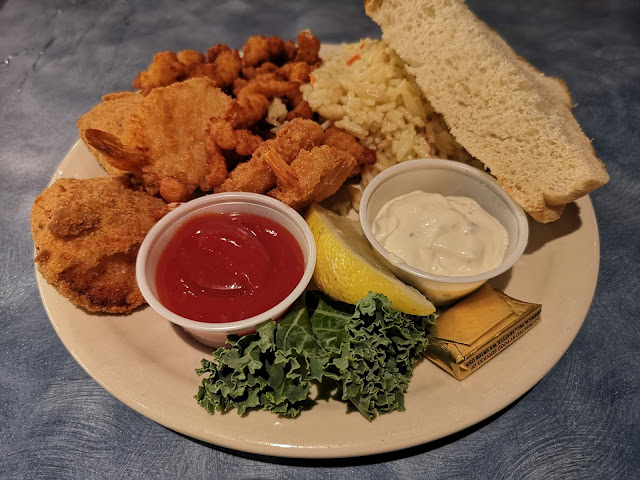 Not that there was anything wrong with it but there was nothing great here. I don't know why I always think clam strips are a good idea. Mostly batter. The shrimp were a little too soft while the cod was the tastiest of the plate. 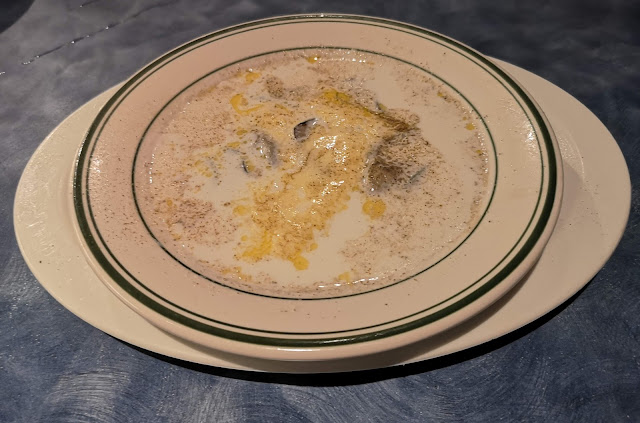 The Oyster Stew was a little on the too soupy side for my tastes but it was buttery and tasty enough. 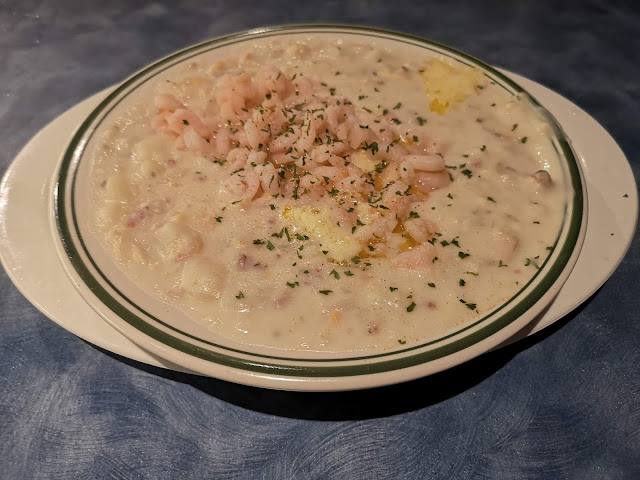 And finally, there was Slumgullion which is clam chowder with shrimp. This was pretty good. Clams were present and it was rich and creamy. 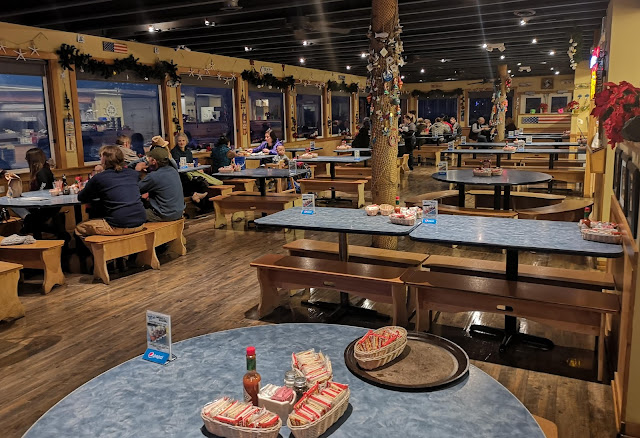 The folks were very friendly and service was good. Mo's is kind of an Oregon coast institution with multiple locations.  We wouldn't drive to the coast just to go there and we won't be back next time. I will, however, tell my Dad that it was great and assume that he won't read this!

By Yes! We're Eating Again! at December 25, 2018
Email ThisBlogThis!Share to TwitterShare to FacebookShare to Pinterest