I had my first taste of dim sum on the Oceania in Honolulu in 1984. It was a wonder to us that we could taste so many different delicious bites at one meal for seemingly a small price tag. We loved it. Upon returning to Vancouver, we researched and found that Pink Pearl was the place to go. And we loved it there as well! For a few years,it was our go to place until we realised that dim sum was everywhere. So it has been a while since I have been back but we were not sorry to return! 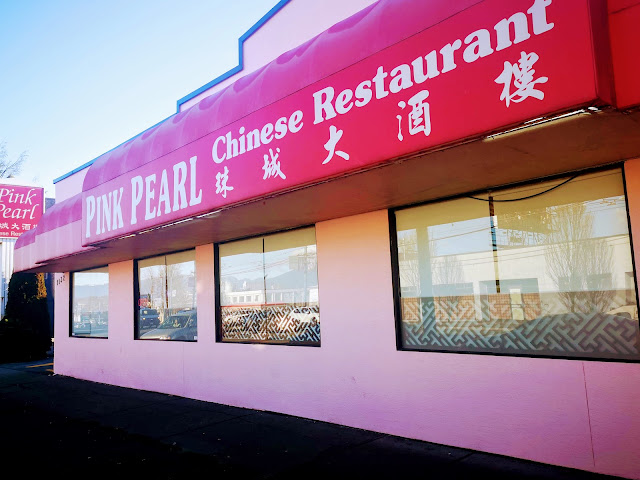 Located on E Hasting near Clarke, the Pink Pearl is still a beacon on a foggy evening. We were warmly welcomed and seated immediately, early on a Sunday afternoon. They have both cart and menu service which is a smart way to do things. We can order the things we don't want to miss and browse after that! 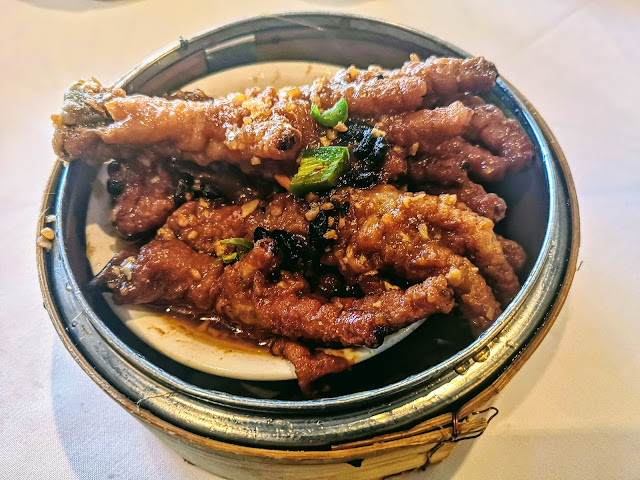 Chicken feet have become one of our dim sum essential dishes. These were very good with a slightly spicy Szechuan sauce. The feet were tender and meaty enough! 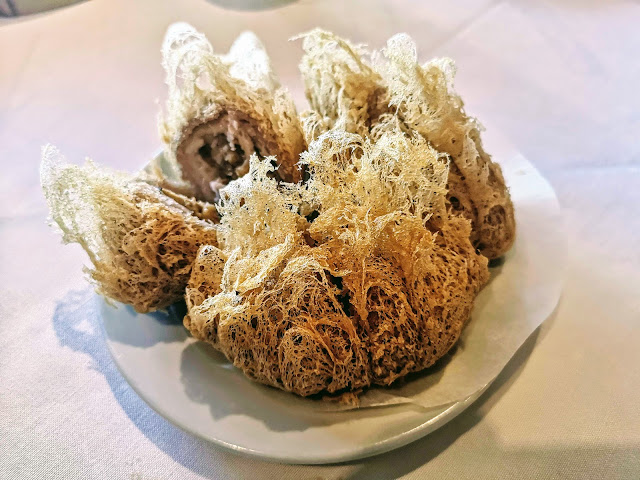 We have also grown fond of Deep Fried Taro Dumplings. These were delightfully crispy and tasty. At the centre of the dumpling was a ground pork filling. I am not sure that I have encountered that before but it counteracted the sometimes dry and rich ground taro. Very nice! 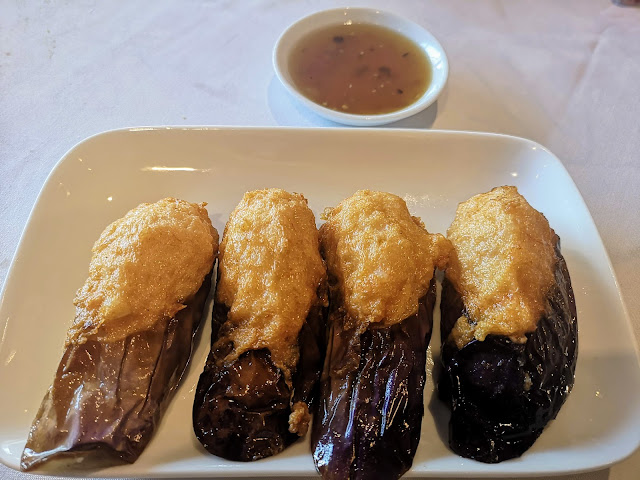 Eggplant Stuffed with Shrimp was also quite good. A generous quantity of nicely cooked shrimp (not overcooked) but the sauce that came with it was somewhat meh! Kind of reminded me of Chop Suey. 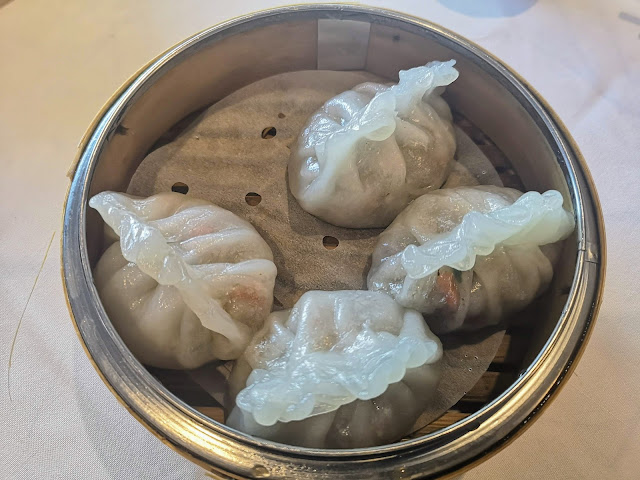 We were happy that we tried these Steamed Peanut Dumplings. The toothsome texture of the peanuts contrasted nicely with the veges and the rest of the filling. I would order this again. 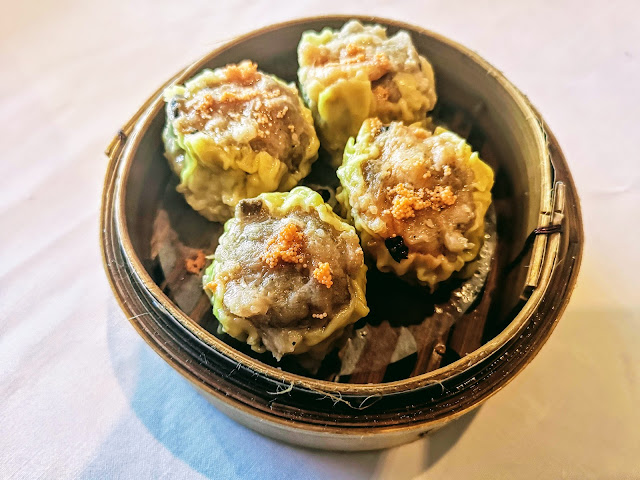 Sui Mai arrived on a cart early, as it so often does. This was a tasty version with some shrimp in the mix and a nice little pop of roe. 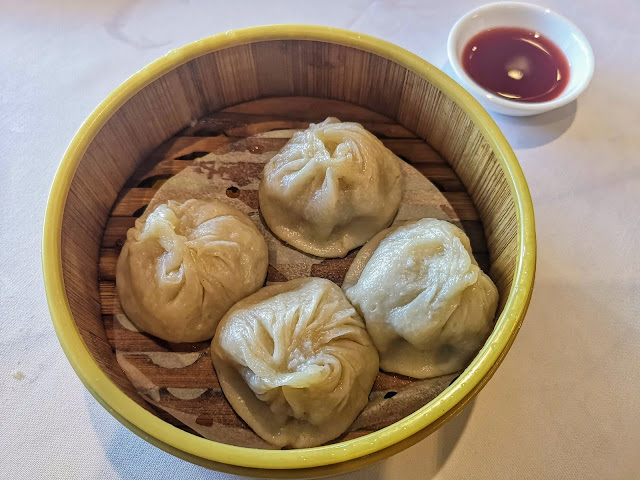 Finally there were soup dumplings. These were tasty but not brilliant as soup dumplings go. The wrapping was a little too chewy and I still lost most of the soup out the back of the dumpling before I got it to my mouth! The Pink Pearl is a fairly large restaurant. We found the staff to be very friendly. Its nice to know that despite the passing of the years, there is still a good meal to be had!

By Yes! We're Eating Again! at December 09, 2018
Email ThisBlogThis!Share to TwitterShare to FacebookShare to Pinterest