In my obsession with south Indian food over the last few months, I had almost forgotten my first love, north Indian food. I know that in a country as large as India the different cuisines are a little more complicated than south and north but I apologize, I am not an expert (but I know what I like). Lighthouse, located at 176 and Highway 10, is one of 7 locations. Their success would seem to indicate that they provide something good. 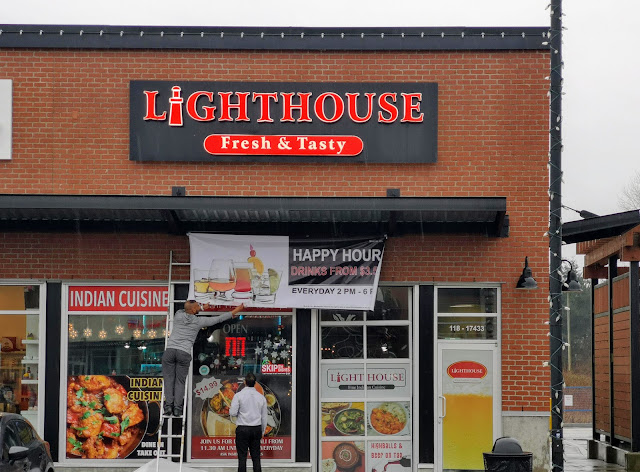 We arrived on Saturday afternoon and had the place to ourselves (midway between when normal people eat lunch or dinner). This location (not familiar with the others) is sharp looking, modern and comfortable with some large booths and tables that can be communal for large groups.
We started as we almost always do, with Fish Pakora. 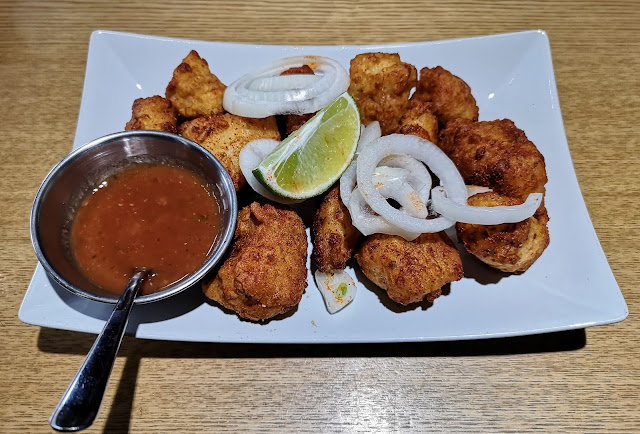 These were some of the best we have had. Hot from the fryer with a salty cuminy coating and very good tasting fish! A little squeeze of lime, a raw onion slice and the slightly spicy tamarind dipping sauce, and we were in heaven. We forced ourselves to savour it rather than scarfing it down like we were starving! 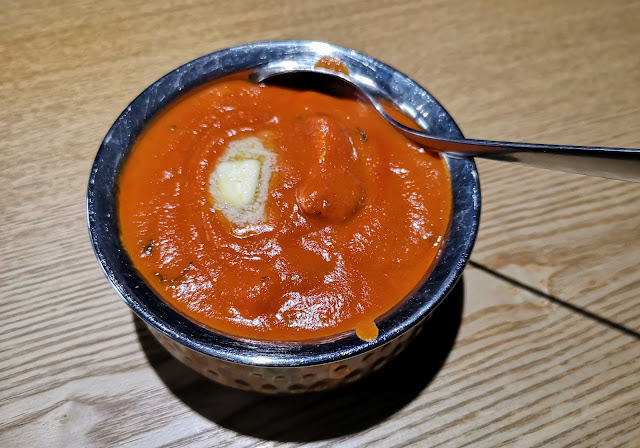 We also always do Butter Chicken as it is Marie's favourite. This one was a bit more tomatoey than we are used to but it worked very well. There is actually quite a bit of chicken lurking just below the surface. 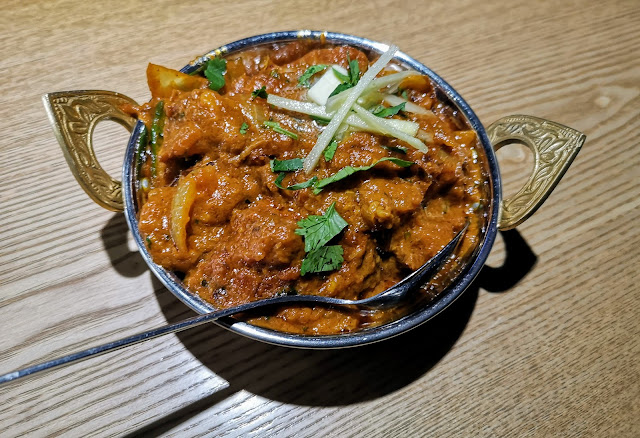 Finally, there was Karahi Lamb. This was also a very good dish with a generous amount of tasty lamb. Nicely creamy, this is the first time we have tried a Karahi curry and I recommend it. 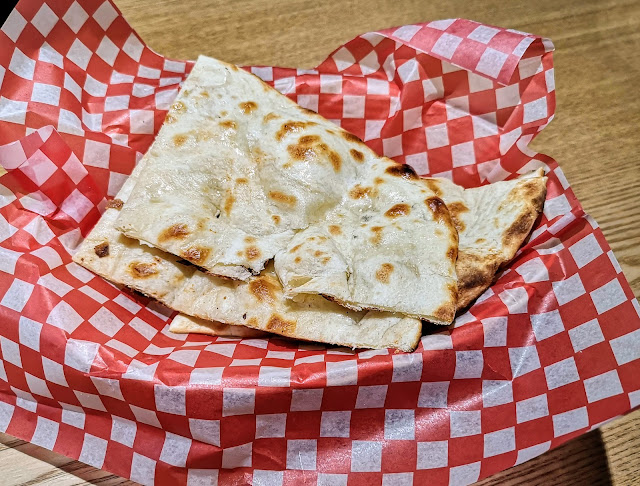 This was all accompanied by the usual suspects, rice and very good naan with just a bit of tasty char. Marie and I usually spend between thirty and forty dollars for lunch. It the total is more than 40 I raise an eyebrow inquisitively. Our bill with tax and tips came to fifty six dollars (which shouldn't have surprised me as the prices are on the menu). Later I checked a nearby Indian restaurant menu and arrived at nearly the same total for the same dishes. Remember that this was a fairly meatcentric meal whereas one could order some vegetables or non meat items (and we did have some leftovers). 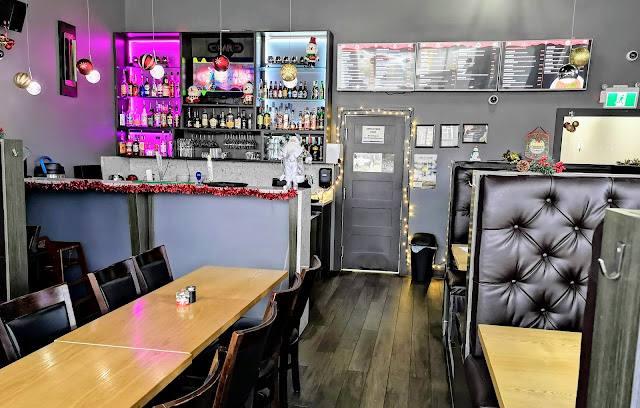 All in all, service was excellent and very friendly, the food was very good and the prices fair. Definitely, give this place a try!

By Yes! We're Eating Again! at December 11, 2018
Email ThisBlogThis!Share to TwitterShare to FacebookShare to Pinterest