First there was Pine State Biscuits and we did gladly line up in the Portland rain for 45 min for the legendary Reggie (and there was much rejoicing). Next this biscuit sandwich made its way to Seattle where, adopted by Tom Douglas and available at his Serious Pie and Biscuit, it became The Zach and became a little more expensive (well it is a Tom Douglas' restaurant). Finally, to the delight of biscuit lovers in Vancouver, it arrived at Chewie's Biscuit Co. as The Moose! 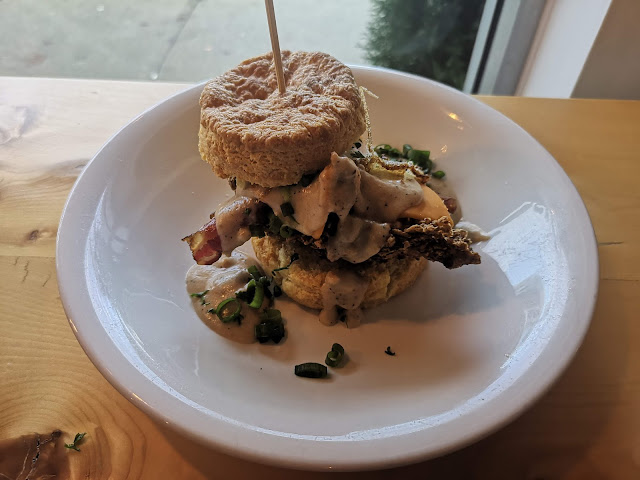 Foolishly, I did not photograph this piece of art from all angles so you could see the wonderful sunny side up egg ready to burst in yolky goodness. A wonderful biscuit, not too dry just slightly sweet, a delicious fried chicken breast, bacon, cheese, slightly peppery gravy and the aforementioned egg represent all the really important food groups and could quite possibly bring peace to the world. I am in love.This is truly more than the sum of the parts but I would gladly live my life on the parts alone. 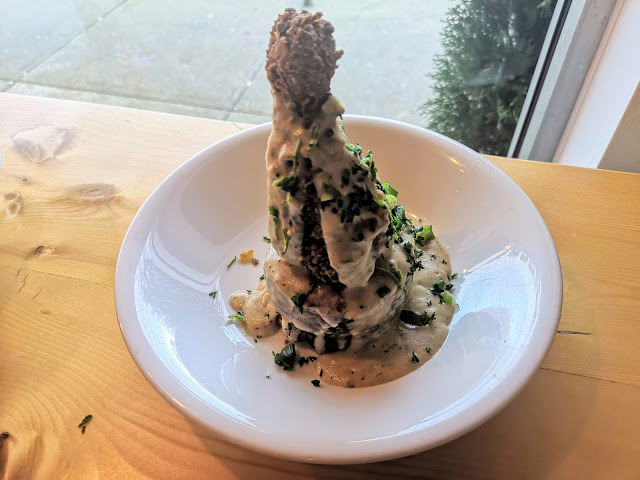 That would have been enough but we had to try The Clucky also! This is a fried drumstick, installed in a sweet 'Bonut' with gravy again for good measure. The sweet, salty and fatty work together magically.

And in case we hadn't ordered enough, these are some mighty fine onion rings! This was just a great meal (Marie and I shared it and had leftovers in case you though I had managed it all by myself). Chewie himself was present and happy to talk about his research including the places where I had made the pilgrimages that I had mentioned. He knows his stuff and will not rest on his laurels. 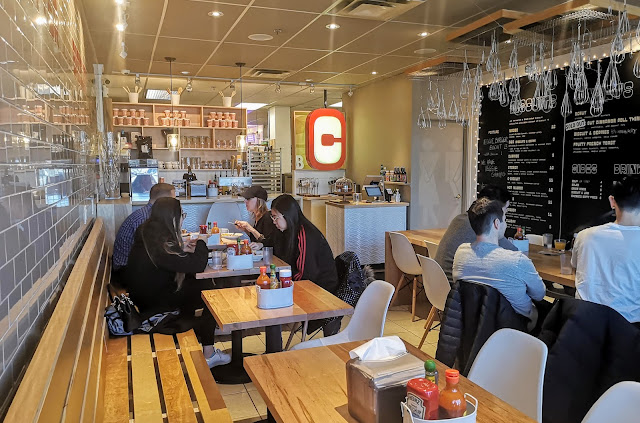 By Yes! We're Eating Vegan Again! at December 05, 2018
Email ThisBlogThis!Share to TwitterShare to FacebookShare to Pinterest