This is day three of World Vegan Month and I couldn't be more excited!  A few of the local vegan restaurants or restaurants with vegan options have gotten together and built a passport to encourage us all to give them a try this month! 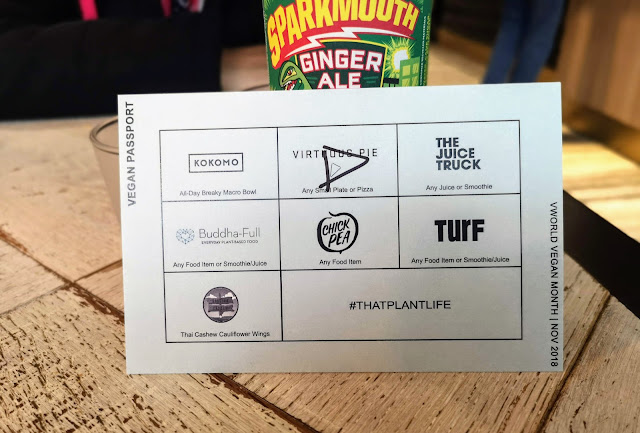 We have been wanting to try Virtuous Pie for some time but I had not realized that it was full  on vegan! We arrived Saturday just before noon at their location in Chinatown to a full house, picked up our passport and placed an order. 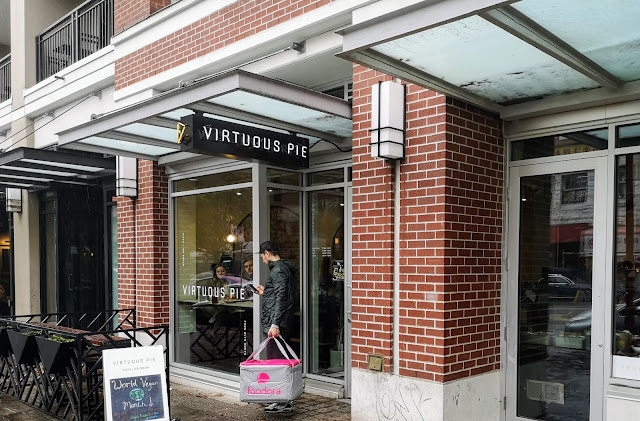 Service is counter order then counter pickup when your food is ready! Seating is somewhat communal with long tables and benches and a few seats at the front window and comfortable enough. We started with their Roast Harissa Cauliflower that came with a Paprika Aioli. I am not sure what the vegan version of an aioli is but it was very good. 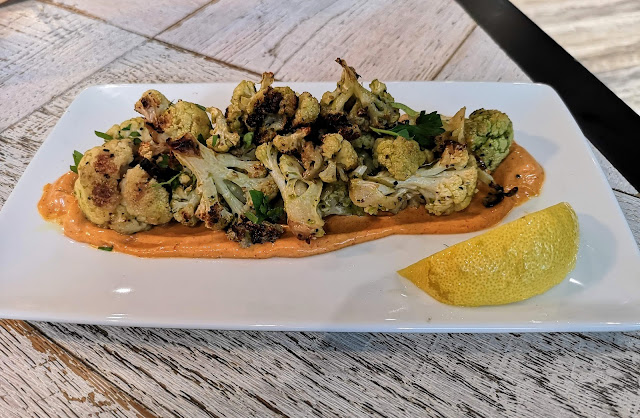 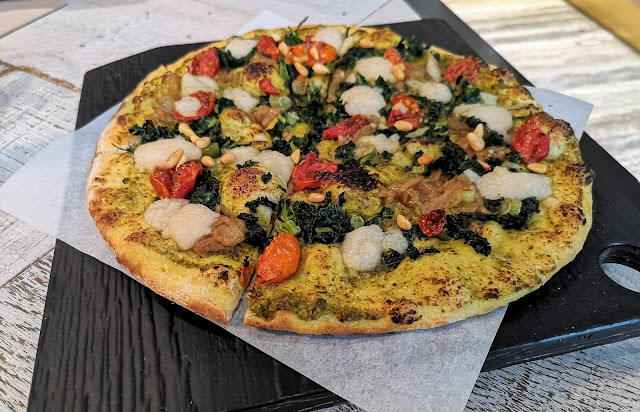 This was genuinely a pie that I could eat on a regular basis. The crust was very good with the nice little charred areas. They are baking these things in one of the 900 degree, 90 second ovens (Don't quote me on that. I didn't check the numbers. I just watched.) that is the basis of great pizza. The cashew cheese was nice and provided that melty element while the rest of the toppings provided a slightly minimalist but lovely experience. Just don't show up expecting a mountain of cheese and pepperoni and I guarantee you will not be disappointed. Finally, we had to try their plant based ice cream! 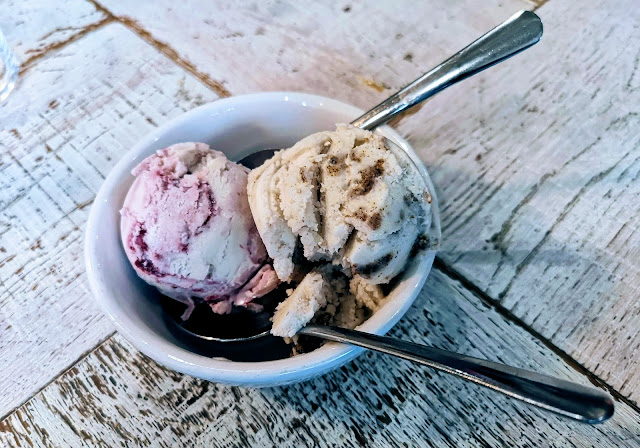 One scoop turns out to be actually two scoops and we tried two of their flavours, Marion-berry Cheesecake and Key Lime. The first pleasant surprise was that the key lime did not arrive in the traditional neon green! Again, I am not sure of the vegan ice cream process but these were both excellent tasting with an ever so slightly more crystalline structure (not quite as creamy as the dairy stuff). We loved it! Honorable mention goes to the Sparkle Mouth Ginger Ale that we shared. It has genuine ginger in it unlike the stuff we grew up drinking, and strong ginger flavour! A lunch without guilt! Minimum damage to the planet and our health were caused in the making of this blog post! And my wallet did not fare badly either. Thanks Virtuous Pie!

By Yes! We're Eating Again! at November 04, 2018
Email ThisBlogThis!Share to TwitterShare to FacebookShare to Pinterest