I swear that it was completely by coincidence that I re watched Cowspiracy on Netflix Wednesday evening! It was in response to a spirited discussion at work, at coffee time that day. I decided to review the documentary and came away prepared to double down. The single most important thing that you can do for the environment is become a vegetarian, or better yet, a vegan!
Then Thursday morning, I saw an article in the Dish, stating that November is World Vegan Month! I am in! I have to confess that I had already eaten yogurt for breakfast and I have tickets to Vanfoodster's Dumpling Fest this month which will be a decidedly non vegetarian affair and which I intend to attend but other than that...! Ironically, we were planning a trip to Chewies this weekend but that can wait! 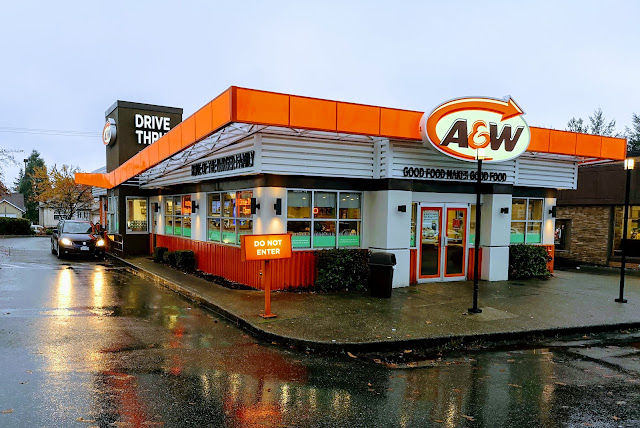 Being excited to get started and like everyone else being aware that A & W has been advertising their new Beyond Meat Burger, I decided this would be as good a time as any to give it a try! I usually self righteously declare that I rarely eat fast food and refuse to review fast food places but I think the vegan burger thing deserves at least a little attention. 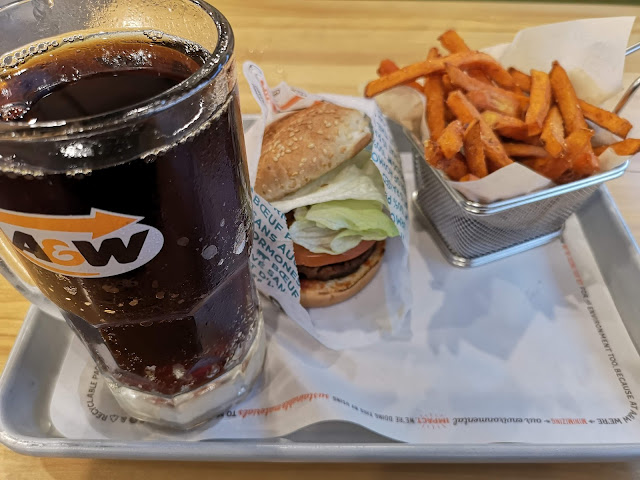 So I ordered a Beyond Meat Burger. The server at the counter asked if I was vegan and I lied and said yes. She then made sure that the burger came without "Uncle" sauce which is a mayo and something non vegan sauce.  Onion rings were not an option as there is milk in the batter so I ordered Sweet Potato Fries but had to pass on the Chipotle Mayo. And a good old vegan A & W root beer! 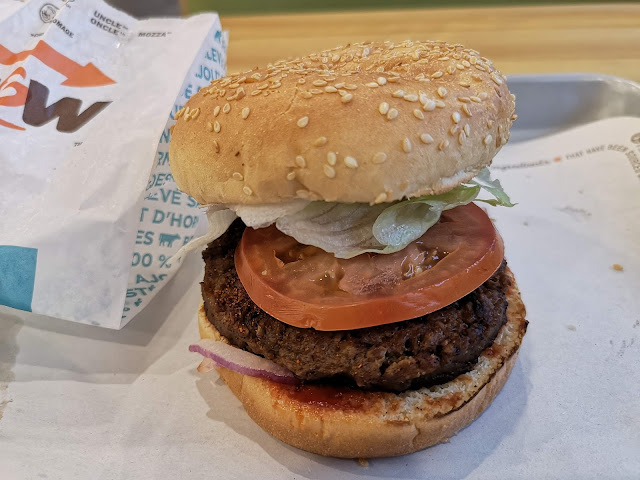 The burger was not the break through of which the commercial tries to convince us. It was OK and with a decent selection of condiments (Uncle Sauce may have helped) it was definitely edible. I would eat it for the planet if everyone else would do the same.  I tried not to compare it to a beef patty (which it definitely wasn't). It was however, as good as any veggie patty that I have had (Yves brand, etc.) except for the "Impossible Burger" which is available in the United States. You can read about it in our review of Ram Brewery in Marysville. That particular patty can be ordered medium rare and develops a nice crust like a well cooked beef patty. BTW, the next time someone says to me that they think someone who doesn't want to eat meat shouldn't eat something that looks like meat, I will scream! I like meat but I want to take it a little easy on the planet from time to time! 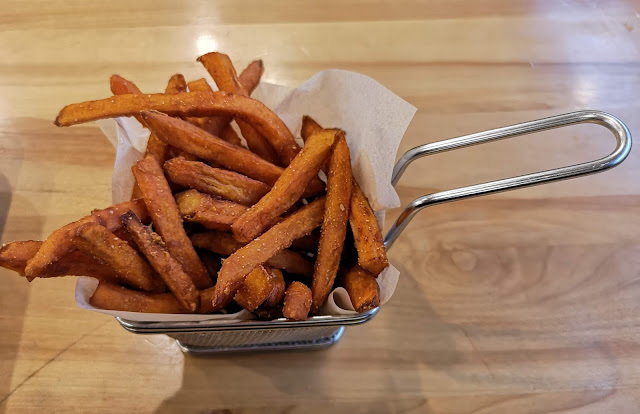 The sweet potato fries were tasty enough but a little limp. I have the feeling they had been waiting for me long before I arrived. 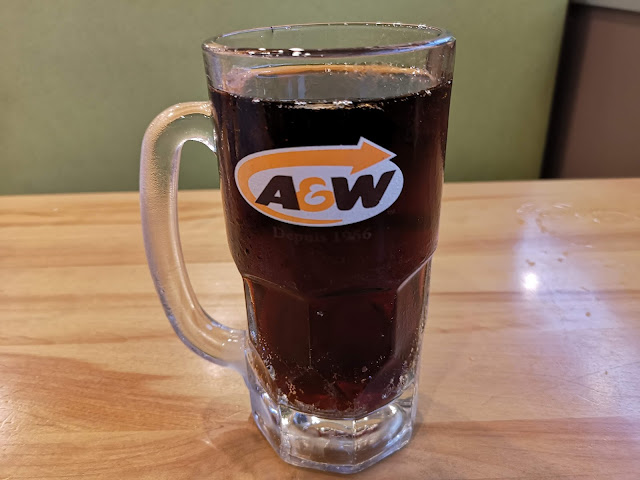 At least there was wonderful A & W root beer. Vegan...full of sugar but vegan. Don't worry. I drink very little soda.
I'm not completely stupid. I realize that this meal is not really in harmony with the spirit of a healthy plant based diet. Sugar, white flour and deep fried food are not making this any healthier than if I was just munching bacon all day. In a pinch though, in a hurry, you can get something to eat where nothing had to die. That wouldn't have happened 20 years ago.
I don't think that this whole vegan month should not be that difficult for me. Other than a love of cheese and eggs and butter, my morning yogurt, and a weekend meat fix, I am not that far off from vegan to begin with, calling myself a "weekday vegetarian." So I look forward to finding the restaurants in Metro Vancouver that serve vegan fare and letting you know about them. And I apologize in advance that I will be preaching to you this month, starting from this fact that I remember from Frances Moore Lappe's "Diet For A Small Planet", that I read in 1980. It takes 16 pounds of plant protein to make 1 pound of animal protein! Happy World Vegan Month!

By Yes! We're Eating Again! at November 02, 2018
Email ThisBlogThis!Share to TwitterShare to FacebookShare to Pinterest