Onward into the vegan void (there is a lot of new stuff for us). I am not a big fan  of the juice concept. I believe the juice should be deconstructed and eaten in its component parts so that we benefit from the fibre and a longer eating time rather than bolting all those mostly healthy calories but sometimes with a lot of sugar (fructose is still sugar). 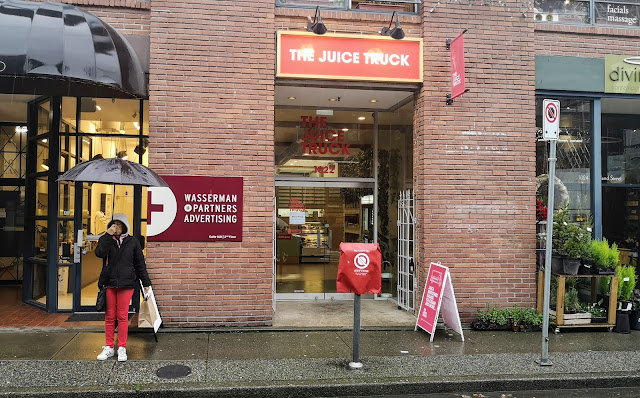 The Juice truck in Yaletown is not actually a truck. It's a pleasant high ceiling space with plants and tables and a couple of coolers with some of their products prepared to go. 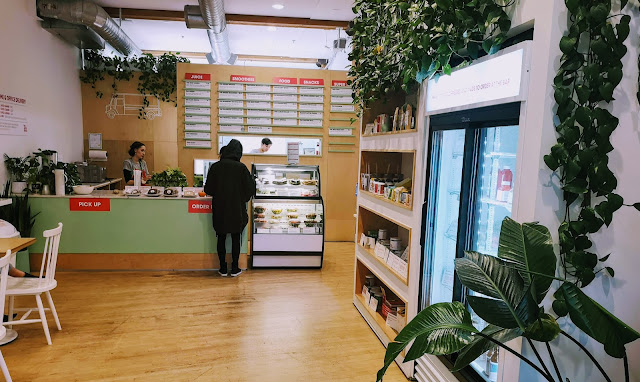 And OK, so we tried a juice (maybe I would be less cranky if we tried a smoothie). We were intrigued by The Turmeric; turmeric pressed with pineapple, orange, carrot, ginger and lemon. 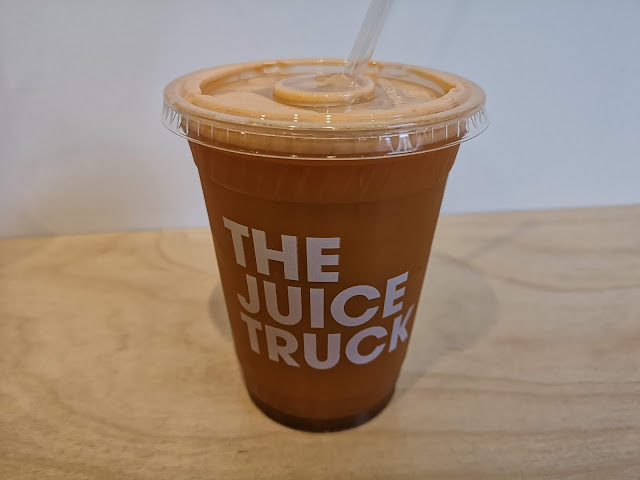 This was admittedly a tasty drink but at $9 you'd better enjoy it! 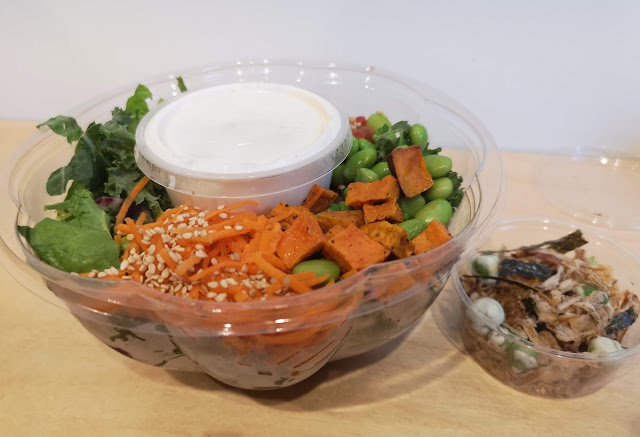 The Almost Poke Bowl however, blew us away! The star of this show is sesame marinated  "ahini" which was virtually indistinguishable from tuna. This is a tomato based product and currently the chef's secret. It is definitely something I would buy if it was available as a retail item! The rest of the bowl was also very good with quinoa, carrots, yams, greens. edamame, wasabi peas etc. Healthy and tasty and not overpriced at $14. There are actually several nice looking bowls on their menu that would provide a healthy and convenient meal. We like The Juice Truck but just don't get sucked into the whole juice cleanse deal.
Today's uncomfortable fact (OK, so I have not done the research but accept their statement from the UN)  from Cowspiracy, the Netflix documentary, states that more than half of the global warming gasses that we produce as humans are from the animal agriculture industry. Thanks just the same if you're driving an electric car.

By Yes! We're Eating Vegan Again! at November 06, 2018
Email ThisBlogThis!Share to TwitterShare to FacebookShare to Pinterest