Chronic Taco is another one of those places that I've wanted to try for sometime. I realise that it borders on fast food but I think they're at least a step up aren't they? At any rate, I saw on their web site that they offered some vegetarian and vegan options so one lovely Sunday morning, I decided to try some tacos. 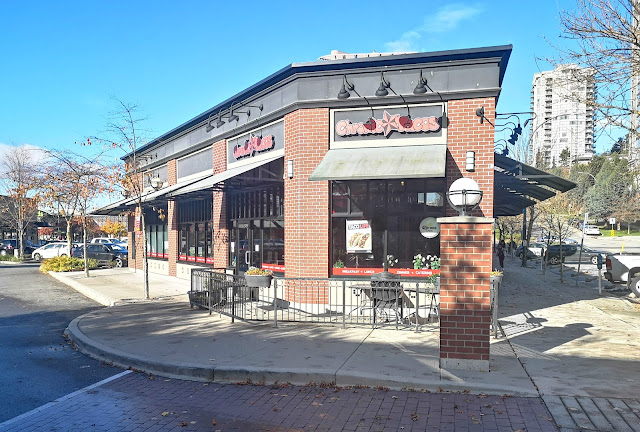 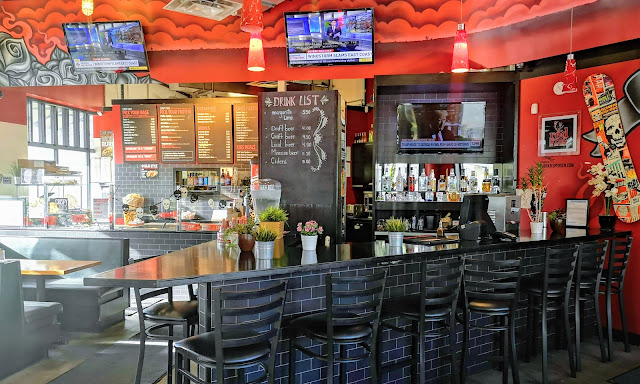 It's a pretty hip space with counter service and seating options from booths to high tables to the bar. I liked it there! Counter order of course and they build your tacos and so on to order. The vegan option consists of rice and beans in either tacos, bowls, burritos etc. They also have some tempting carnivorous protein options but we're not talking about that this month! 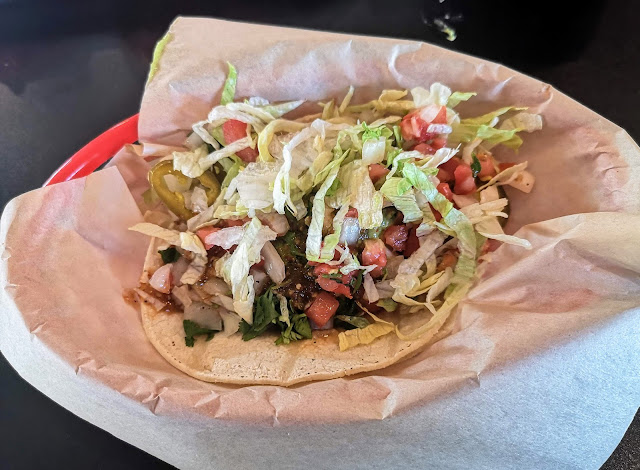 So I ordered my vegan taco. Rice and beans (which forms a complete protein if that's what you are worried about) along with some decent guacamole, jalapenos, tomato, lettuce etc.Not a bad little taco for  4 bucks. 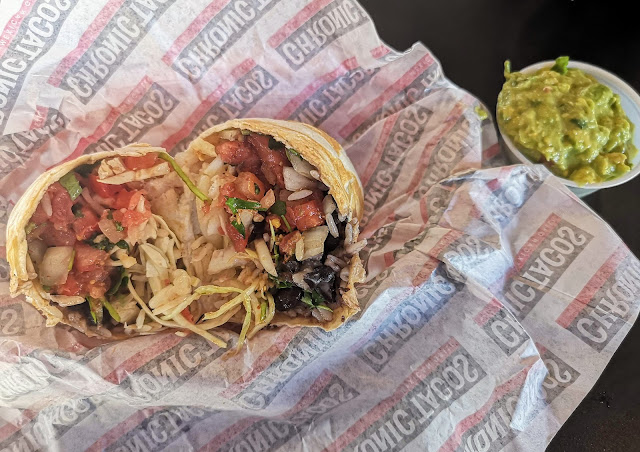 I also ordered a burrito. Not much different except for flour tortilla instead of corn...and wrapped of course. 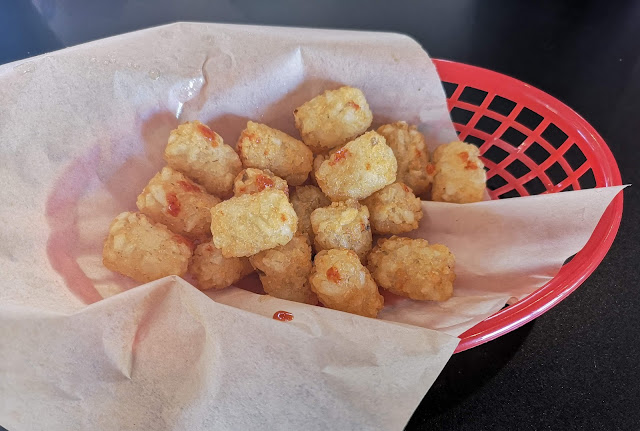 And I gave into the temptation of Crispy Taters. This feels a little too "Taco Time" to me but hey I am being good otherwise. Tasty little guys that I could make at home in the oven...and maybe I will. 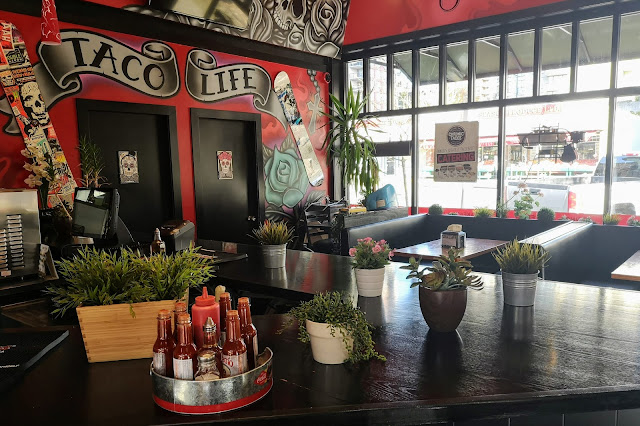 So Chronic Taco offers a basic vegan option without a lot of variation available. I prefer it to the A&W option as far as quick and easy is concerned and for my carnivorous friends, there is more decent chow to be had!

By Yes! We're Eating Vegan Again! at November 17, 2018
Email ThisBlogThis!Share to TwitterShare to FacebookShare to Pinterest