Next on our World Vegan Month passport was Buddha Full in the lower Lonsdale area. They were full blast into their Saturday lunch rush when we arrived. This is a bright yet rustic and warm space where you are made to feel welcome. Service is counter order and pick up. They were handling the long line well except that I noticed some stalls as customers were no doubt verifying the pedigree of their organic products. Menus are strategically located well in front of the ordering counter and I would suggest that we all try to make up our minds in advance to allow things to run smoothly! 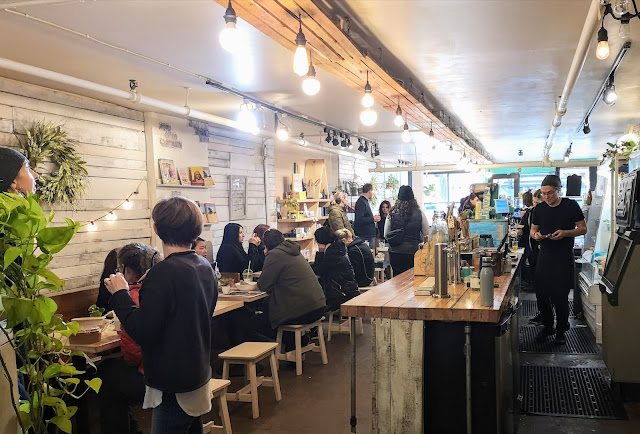 We started with Pakoras. These were not quite what you would get at an Indian restaurant but where probably considerably more healthy and came with a tamarind dipping sauce. We liked them. 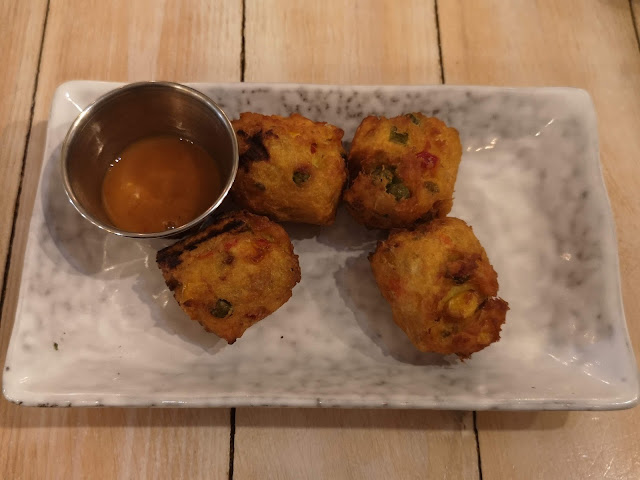 Next came the inevitable bowl. Bowls seem to be the theme at vegan restaurants which is fine but I feel like I could be assembling the same thing at home quite easily. 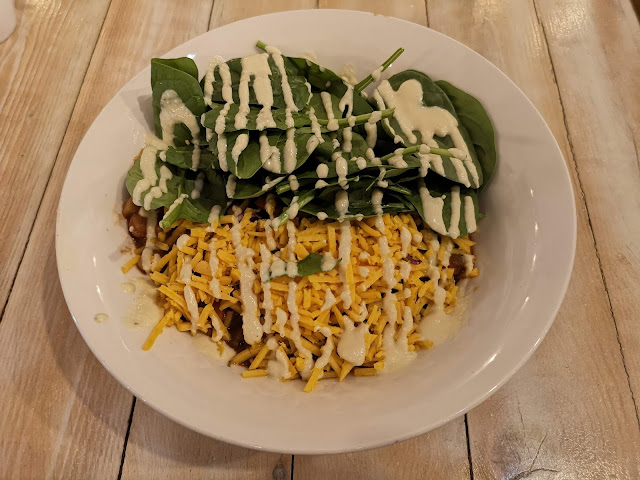 They had run out of Dal so we tried the Soul Chili Bowl. It was a tasty helping of vegan chili on brown rice, with spinach shredded Daiyo Cheese and cashew queso dressing. While everything was great, the shredded cheese was a little dry and of strange texture. Later in the day, we bought a couple of vegan cheeses for home testing. More on that later! 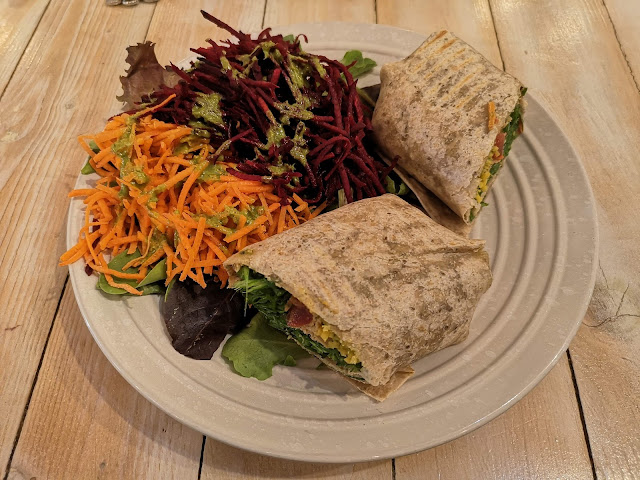 We also had a Tuscan Sausage Wrap which came with cashew pesto, more of the vegan cheese and spinach. The "sausage" was very good but there was only a small amount, shaved thin rather than in sausage form as we expected. More would have been a good thing. The side on this plate was wonderful shredded beets and carrots on greens and their house ginger dill dressing. The greatest thing about this vegan month is that I am eating a ton of vegetables and it feels good (I already eat a lot of vegetables! 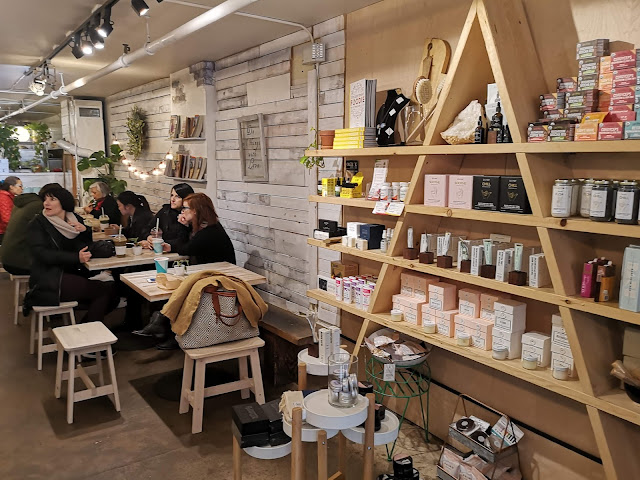 We chose to pass on the selection of juices and smoothies but that is available, if that's what you want. We like Buddha Full. You can get a tasty meal in very good conscience in a friendly place.

By Yes! We're Eating Vegan Again! at November 19, 2018
Email ThisBlogThis!Share to TwitterShare to FacebookShare to Pinterest