Admittedly, if you asked me what Australian cuisine consisted of, I might not get much past Vegemite (and shrimp on the barbie of course, but I am loath to make a joke where so many have gone). In my defence, I am sure that if you asked the residents of Perth about Canadian food, you might hear the answers maple syrup and poutine quite a lot. Both countries have more to offer than that as you are aware and, while we are admittedly not France or Thailand as to food, we like our chow. Evidently in Australia they are fond of their meat pies and sometimes enjoy them peaked. We did too! 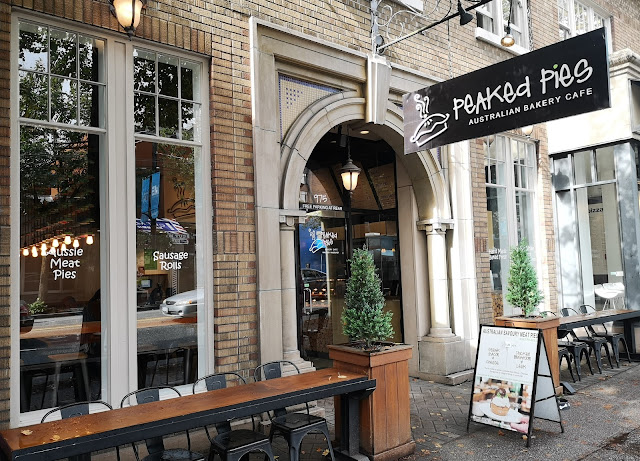 Peaked means the addition of mashed potatoes, mushy peas and gravy to the top of any of their meat pies. 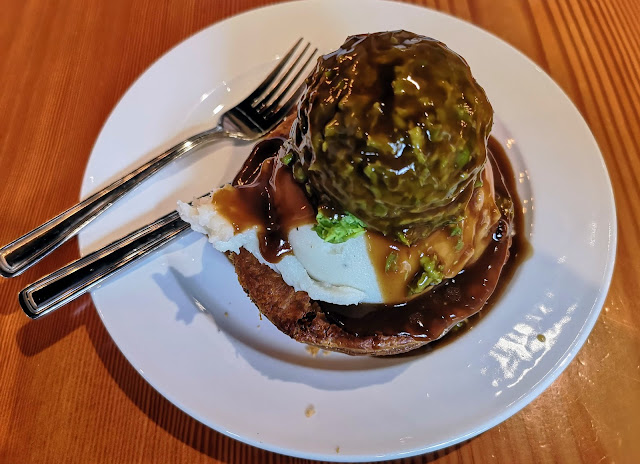 So we tried the Traditional Aussie, namely ground beef, onions and gravy in a pot pie type crust and it was quite good. Meaty and rich, with a crust that was flaky and did its job admirably. I don't think you could ask for it to be more tender or flaky and still hold this thing together. The peak itself, was somewhat meh. Both the potatoes and peas needed salt and could have been warmer although the gravy made up for that being again, rich and meaty. 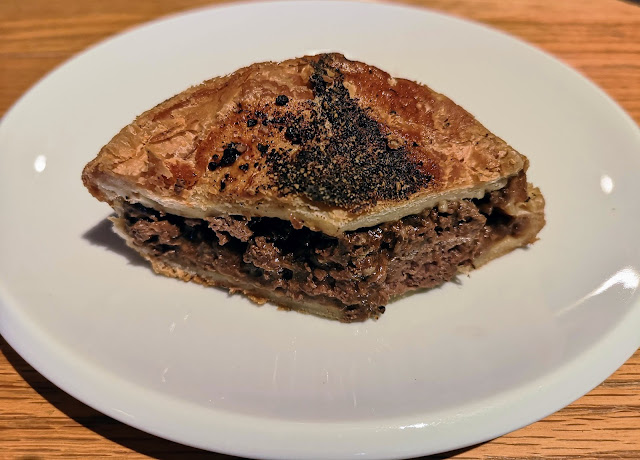 One of the fillings available is Kangaroo. We tried this, but got it to go. In transit it became more of a meat pancake but I did salvage enough to give you a view. Looks like ground beef and kind of tastes like ground beef but maybe a little gamier and stronger. I thought it was very good and I guess you could not get any more Australian. There are many interesting savoury filling choices here and some sweet as well. Not bad! 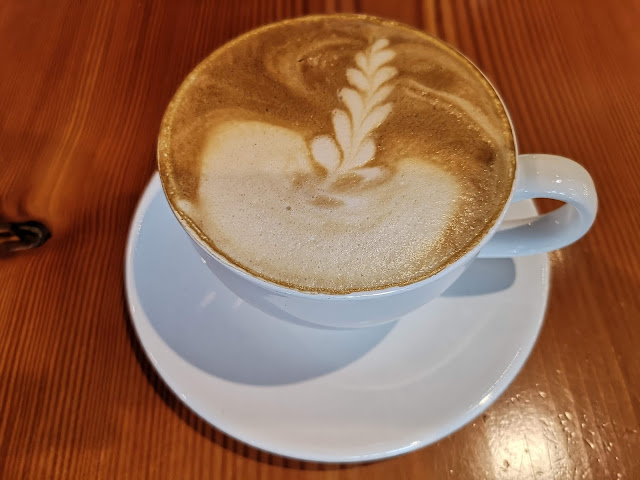 Peaked Pies also serves Australian style coffees and deserts including Flat Whites (we tasted and enjoyed this at The Drive Coffee Bar a couple of weeks ago). Today, we had a latte which was pretty much what you would expect and not uniquely Australian. Quick and convenient you order at the counter and pick it up there also. Nice folks and a pleasant atmosphere in which to enjoy a taste of Australia! 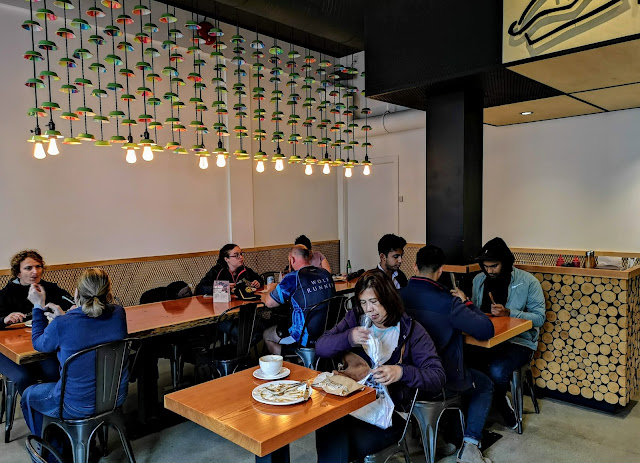 By Yes! We're Eating Again! at September 17, 2018
Email ThisBlogThis!Share to TwitterShare to FacebookShare to Pinterest