The restaurant gods were angry that evening my friends, like like Donald Trump when...well always. We found ourselves in South Surrey and rolled up to no less than 3 restaurants which were closed on Saturday evening! Finally, we spotted Bamboo but to me the name represents the Fraser Valley watered down Cantonese from my childhood. Well it can't hurt to look at a menu. 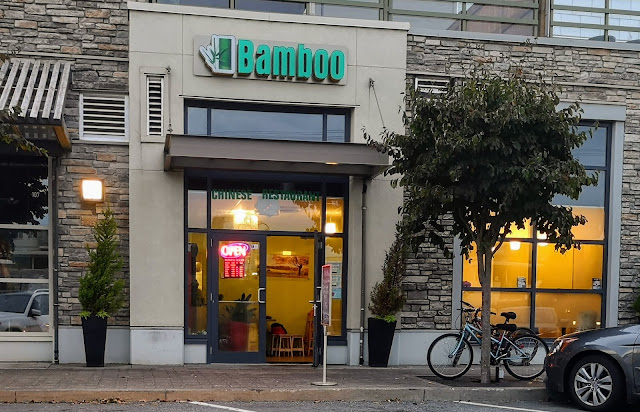 When we saw that things went a little beyond Chicken Chow Mein and Barbecue Pork Fried Rice, we decided to give it a try and honestly, we did not regret it. A lovely young lady (someone's daughter in training to run this place someday) delivered watermelon before we even ha a chance to order! 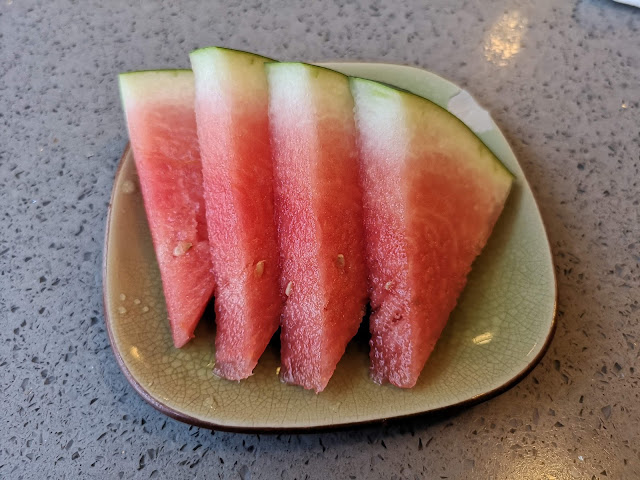 Marie spied the Hot and Sour Soup as soon as she looked at the menu and this was a solid score (I had relented as I was eyeing some kind of a Duck Soup special). It was rich and strong flavoured with a generous amount of  pork, mushroom and bamboo. 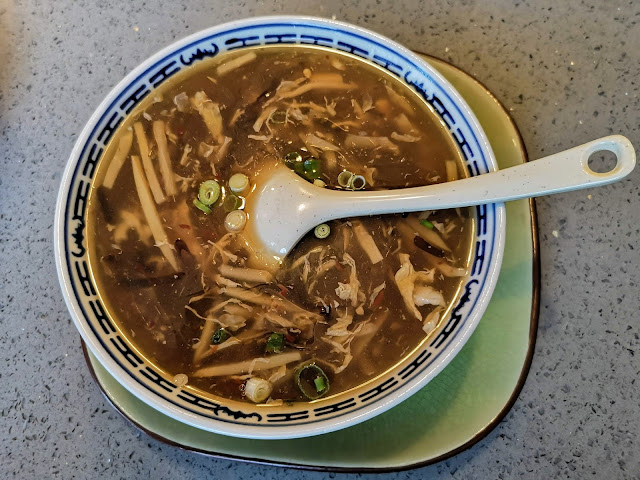 Cumin Lamb always tops my list when it is available. This version could have been spicier and stronger and it was a tad expensive at $17.95. 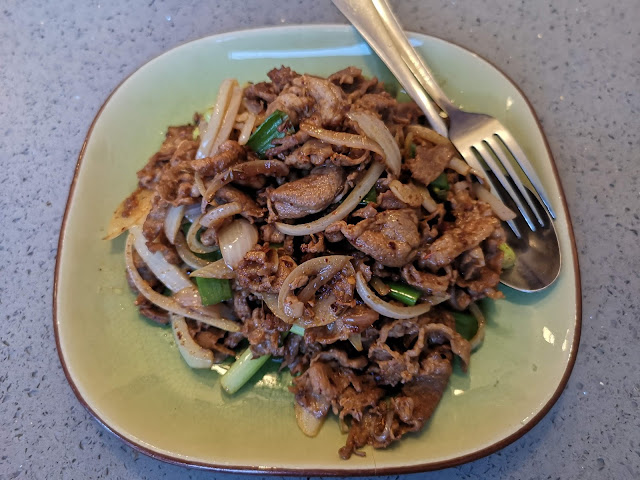 I know General Tso's Chicken (in this case General Tao's Chicken) is a North American Chinese dish but I kind of like it and don't see it on menu's that often. 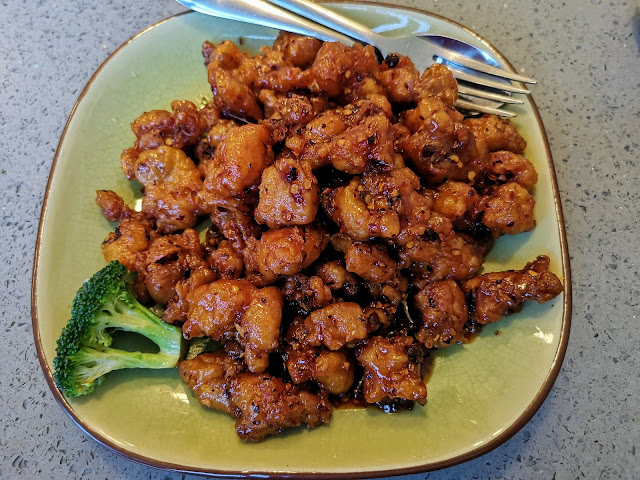 This version was not bad. I'm not sure why I expected it to be spicier. It was mostly sweet but hot out of the deep fryer and we liked it. 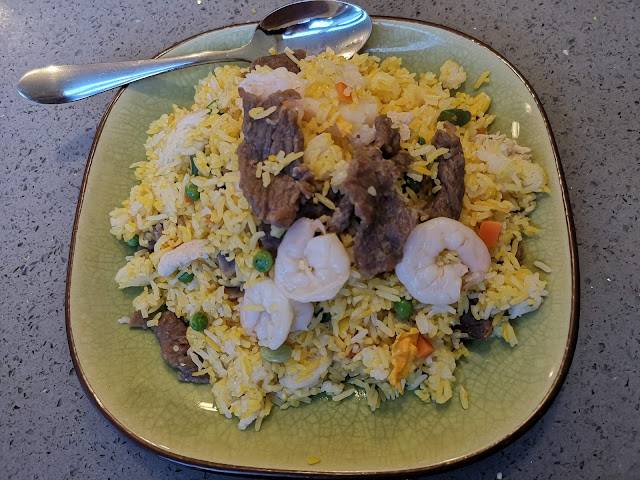 Finally, since I always order too much was house fried rice. It was full of good stuff such as big tasty shrimp but it didn't seem like it spent much time in the wok and was a bit on the dry side. All in all, it was an OK experience considering that this is not Richmond or Chinatown. The food was tasty enough and portions were generous.We were not uncomfortable although it is not a fancy room and the stools left a little to be desired. Service was friendly and attentive. 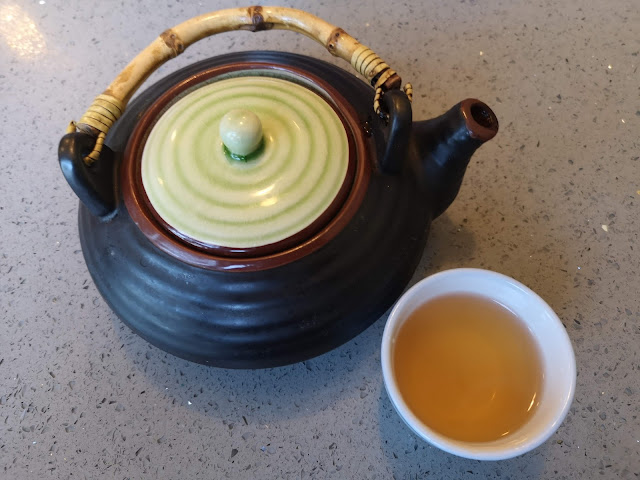 By Yes! We're Eating Vegan Again! at September 15, 2018
Email ThisBlogThis!Share to TwitterShare to FacebookShare to Pinterest