I actually hesitated to try Kababji Grill because there were a few poor reviews on Zomato but I always say (OK so I haven't said it for a while) that you should review your reviewer. I realized that all the negative reviews came from people who had not written any other reviews or who wrote mainly negative stuff. I don't know these people and they are probably fine humans but if they only take to the internet to complain (Really? Do people do that?), I certainly can't trust that they are unbiased or even reasonable. So I decided to give the place a try because the menu is interesting with a few items I am not familiar with and I happen to love Lebanese food. 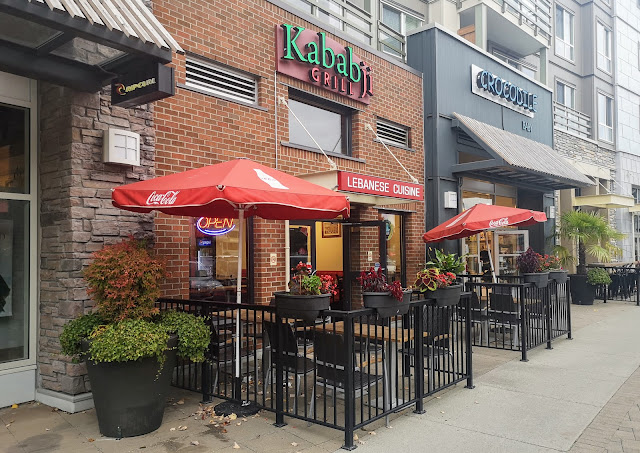 Located in The Shops at Morgan Crossing, try not to get frustrated by the stupid parking lot. Kababji is a one or 2 person show. The gentleman who takes your order will cook your food and deliver it to your table. Truly a multi talented fellow but not exactly warm and welcoming. I kind of expected that from other reviews but he warmed up considerably when I showed some appreciation for his craft and joked about the garlic breath I would be taking with me. Be friendly with people and they will reciprocate. In the meantime, there is nothing wrong with being serious in this world. 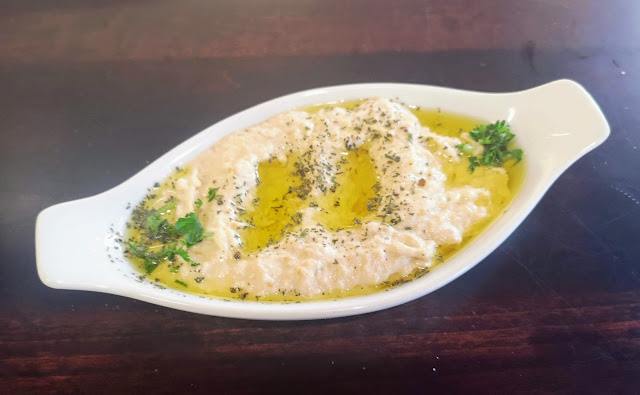 And oh my! First was some fine Baba Ghanouj. Smokey and rich and bathed in lovely olive oil, this was almost a meal unto itself. The accompanying pita was less than spectacular but I hardly noticed. 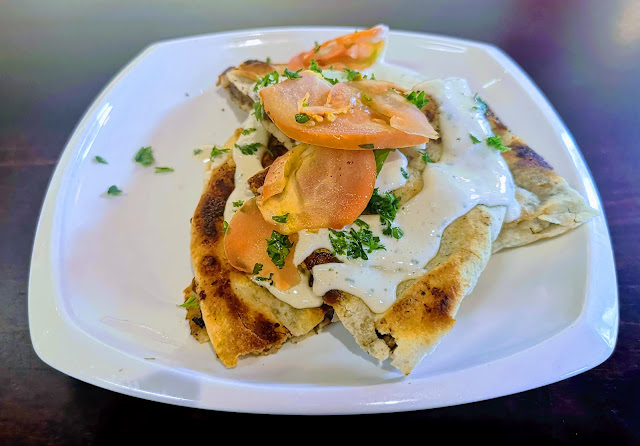 Next came Arayes, ground beef stuffed grilled pita. The beef was aromatic with middle eastern spices. It made me think cinnamon but I believe there is a little more to it than that. Topped with a garlic sauce that is insane! This is a dish you must try! 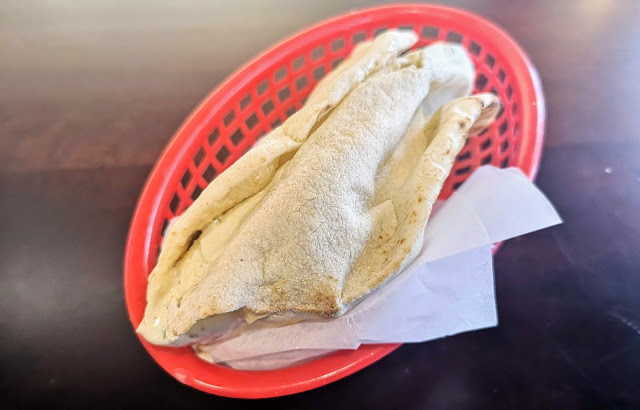 I am a Falafel Pita fan even though they are not exceptionally photogenic. Even the interior is not pretty but it was such a satisfying and tasty wrap! 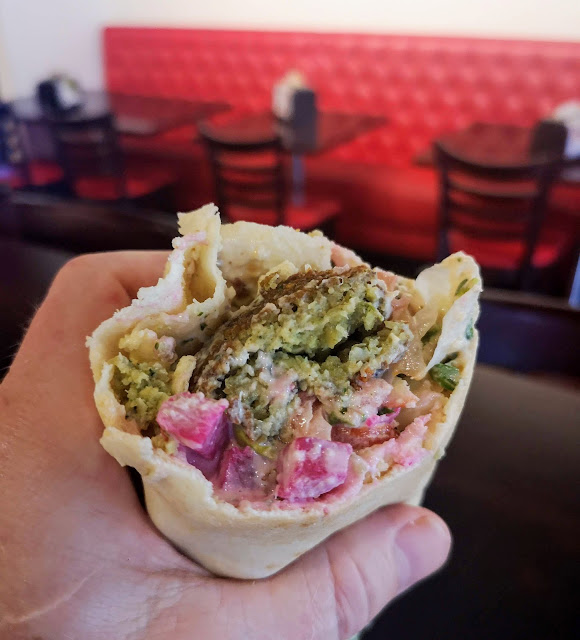 Unlike burritos which tend to be filled with rice and beans and very little viand, this boasted tasty, cuminy falafel as the main ingredient along with vegetables and messy tasty sauce. Very nice! On another occasion, we got a Mixed Grill Platter to go. At $19.99 this was enough for two. 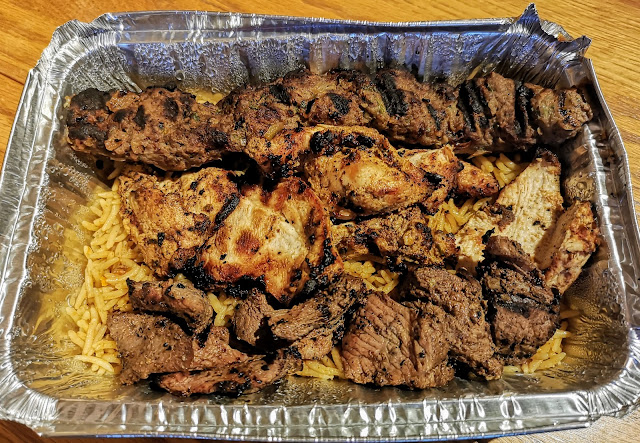 It consisted of 3 skewers, one each of lamb, chicken and kufta (ground beef). They were each nicely charred around the edges. The kufta had that delicious middle eastern spicing again and made me smile. The chicken and lamb were both moist and tender. They were perfect even after a thirty minute drive home. They came on a bed of lovely basmati rice obviously cooked in stock and spices. The platter also came with sides. 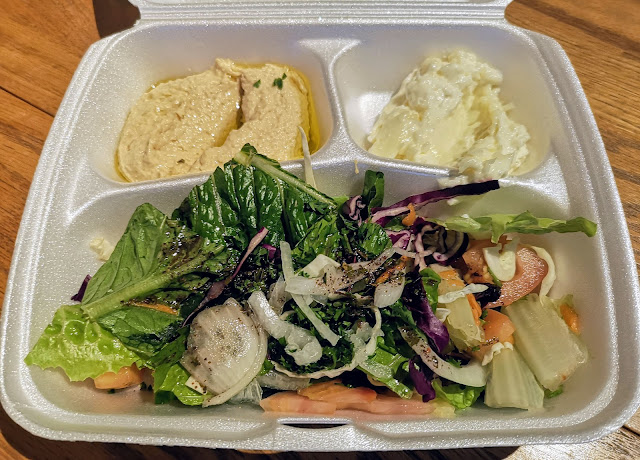 A salad which was by no means a cynical throw in piece or two of lettuce, as well as very good hummus and amazing garlic sauce. The garlic sauce deserves some note here. Although Lebanese garlic sauce (Toum) looks like and is made the same way as mayonnaise, the emulsifier is a ton of raw garlic instead of egg! I had no idea that this was even possible! Google it! It is often cut with mayonnaise to tone it down but regardless, this is a delicious sauce guaranteed to keep vampires and probably the flu at bay! I am officially a big fan of Kababji Grill!

By Yes! We're Eating Again! at September 30, 2018
Email ThisBlogThis!Share to TwitterShare to FacebookShare to Pinterest