It is good news for the environment that ramen is beginning to be available further to the east than previously. It means that us folks out the valley do not have to drive as far to get our fix. Menzou Ramen is located in The Shops at Morgan Crossing. I only became aware of the place recently (it has been up and running at least 6 months) and since the weather has turned crisp we decided to see what they had to offer. 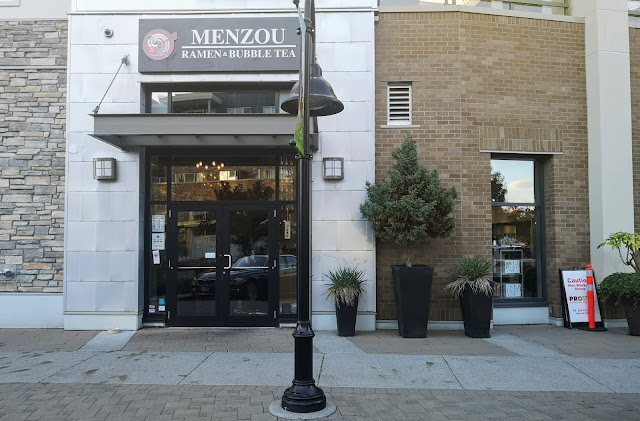 Its a chic little place and we were warmly welcomed. We found the service to be very attentive and friendly throughout our visit. 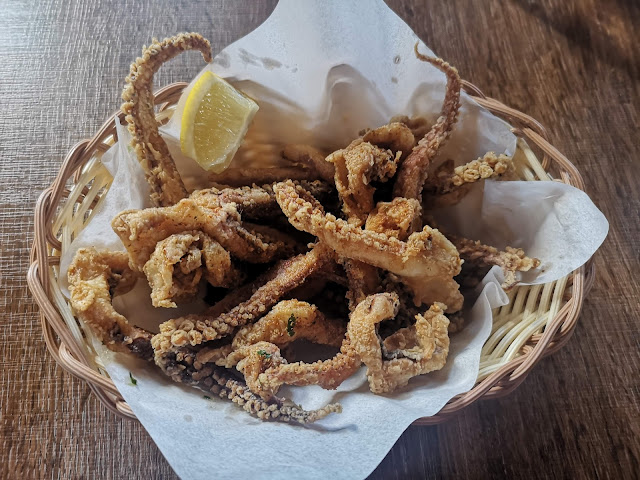 They offer a few starters including Deep Fried Squid which was quite good. It arrived hot and crispy and was tender despite being a touch on the salty side. 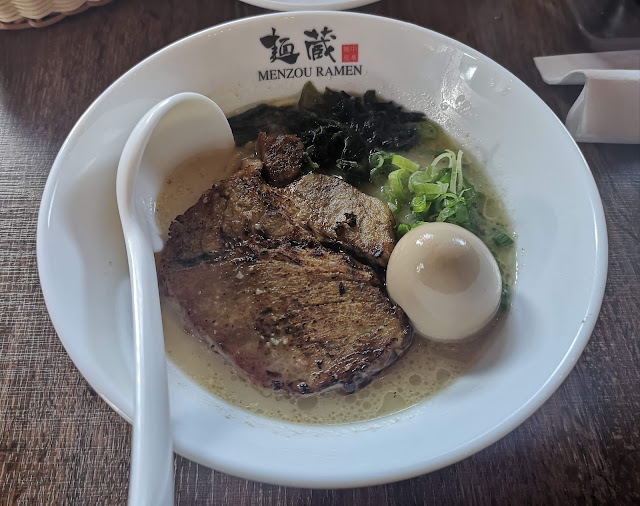 The main event, their original ramen was not mind blowing. The broth was not as flavourful as we have enjoyed at some places (should have selected shoyu instead of original?) and the chashu, despite having a bit of a sear which I like, was not overly memorable (should have chosen pork belly?). The egg and noodles were pretty decent though. 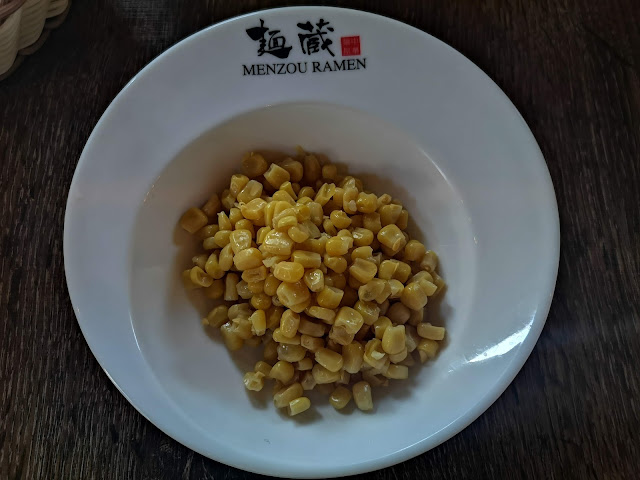 They offer a few adders and we asked for corn which I was surprised to see came on the side. That is not a complaint but just an observation. 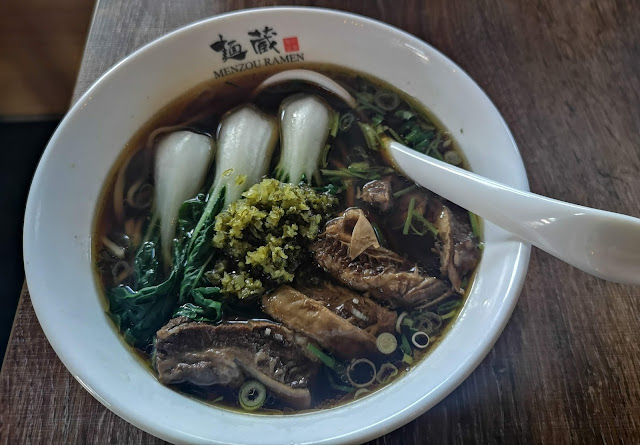 We also ordered the Taiwanese Beef Noodle Soup and this was something a little more special. The broth had some deeper flavour and the brisket was excellent being tender and very "beefy". With some greens including Taiwanese Sauerkraut, this dish was worth the price of admission! 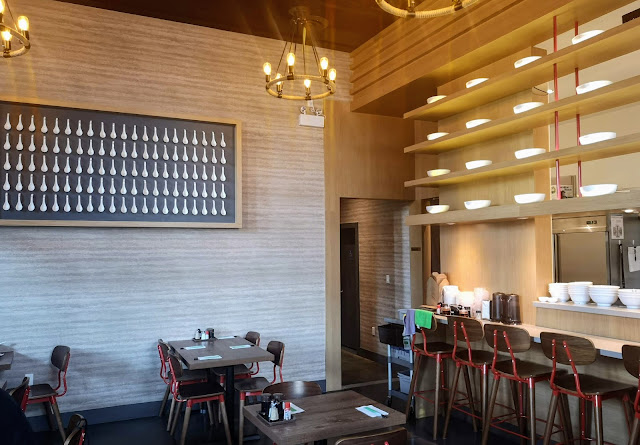 Menzou also offers an extensive bubble tea selection. This is usually Marie's happy place but since it was chilly we had some hot tea instead. So Menzou is a decent place when you have the craving and don't wish to make the commute to Richmond or wherever.
BTW, my partner is out of hospital and doing much better. She still has some health challenges and is under the capable care of her sister for the moment. I am breathing some relief and am happy to have her back.

By Yes! We're Eating Vegan Again! at October 03, 2018
Email ThisBlogThis!Share to TwitterShare to FacebookShare to Pinterest