In a post recently, I bragged that we were rarely unhappy with a meal that we ate in a restaurant since we followed in the footsteps of other foodies and their reviews. My point being about the value of reviews and blog posts which can save you from making a bad choice. Admittedly I also preach about reviewing your reviewer as glowing reviews and cranky ones can reveal underlying bias. 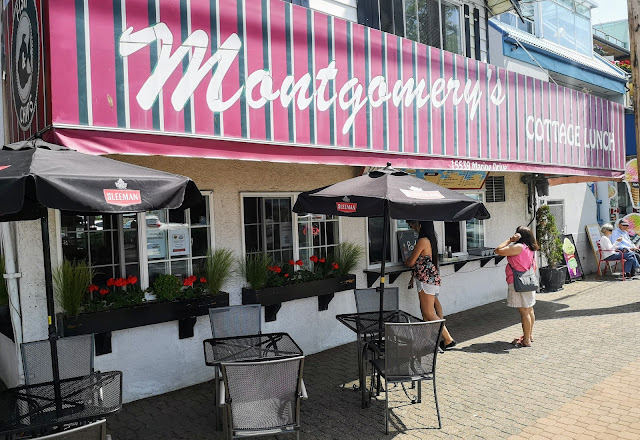 So we tried Montgomery's Cottage Lunch located at the east end of the beach on Marine Drive in White Rock. We've always gone to the Moby Dick for fish and chips at the beach but realised that maybe we should expand our experience a bit. So most of the reviews that I saw on Zomato were glowing (one cranky) so we expected a decent experience.Sure enough, the folks taking and filling the order could not have been friendlier. We ordered at the window and I waited while Marie went across the street and found us a picnic table on the beach. 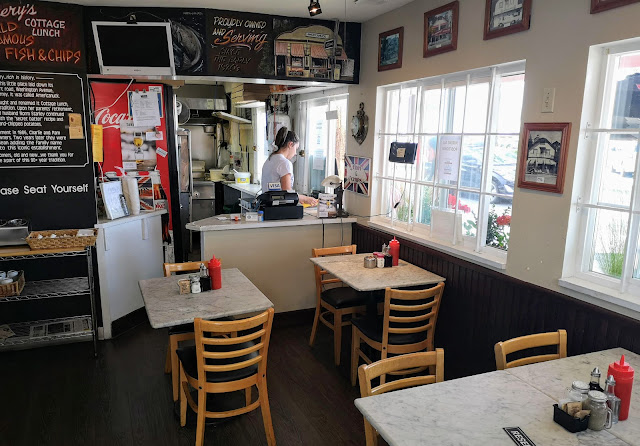 There is a small dining room and table service if you prefer but it was a semi decent not too windy day for hanging out on the beach! I probably waited less than 5 minutes for our order. This was a bit of a red flag for me initially but really, fish fries in maybe 3 minutes when it is thinly portioned. 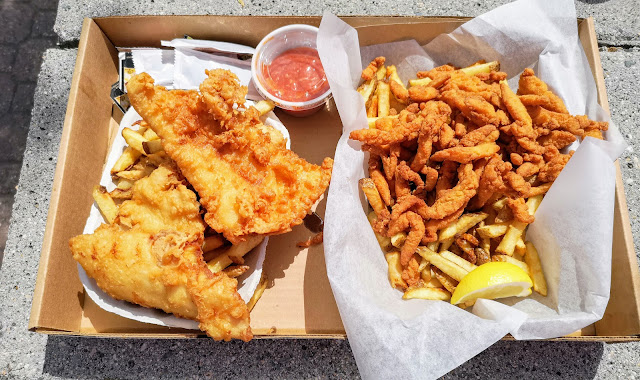 There was no question that the fish was fresh out of the fryer. The fries were the good kind also (skin on). Unfortunately, someone forgot the importance of salt. I had grabbed a bunch of salt packets but it did not seem to be enough. I'm sorry to say that the cod (they had no halibut available) was not very flavourful at all because of that. In fairness, it was a decent generous portion as under the two visible pieces were a couple more smaller ones. 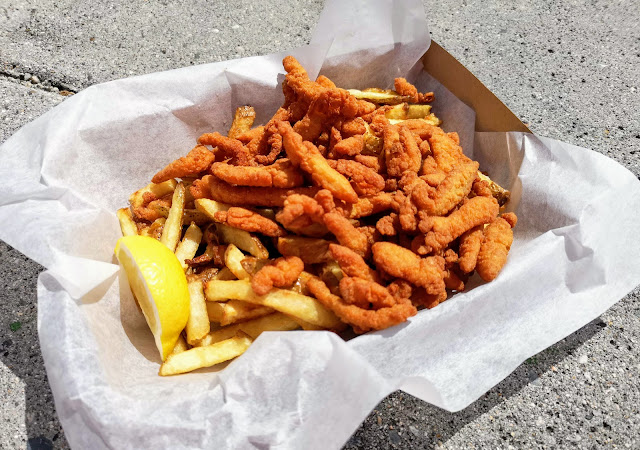 We also tried the Clam Strips and Chips.These were decent if somewhat to heavy. A little surgery revealed some healthy bits of clam except when you got down to the smaller pieces where the batter outweighed the clams by an unfortunate margin. I would not be too grumpy about the whole thing except that both the 2 piece and fries and the clam strips and fries were $17 portions. A total of $40 including 2 cokes. I realise that we are paying for the beach but all in all, but I feel like I have gotten more pleasure out of $40. I'm not saying don't go. I try not to be a hysterical reviewer and someone else may have a different experience. I'm saying avoid the clam strips and grab plenty of salt.

By Yes! We're Eating Again! at July 11, 2018
Email ThisBlogThis!Share to TwitterShare to FacebookShare to Pinterest