I  was in love with the idea of chicken and waffles long before I had tasted it. As early as Samuel L Jackson making reference to Roscoe's in Jackie Brown, the mesmerizing idea of delicious southern fried chicken and crispy waffles with syrup and maybe some hot sauce was stuck in my brain. So when it became available here and there in various forms in Vancouver, I was overjoyed! And now, chicken and waffles has begun to make its migration towards the last food frontier, the Fraser Valley! 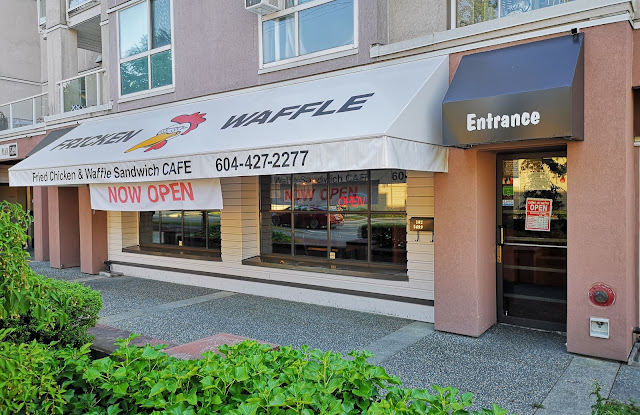 To be honest, what they serve at Fricken Waffle ( a name that rolls off the tongue), is Korean fried chicken. So this is not chicken and waffles in its purest Roscoe's form but the basic elements are present, decent waffles and very good fried chicken. 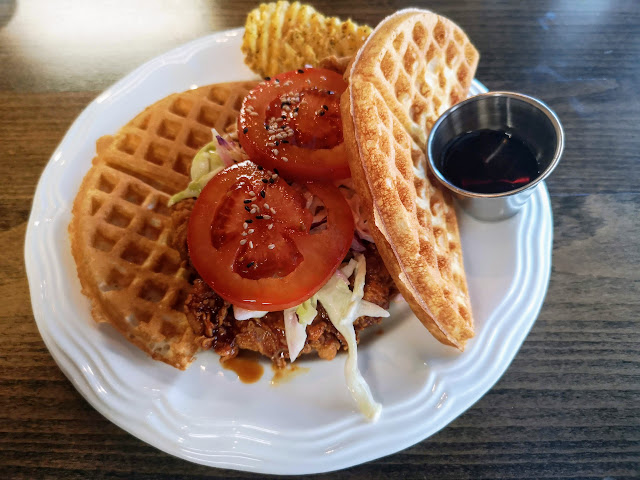 The menu at Fricken Waffle (so much fun to say) is definitely KFC centric. I tried the sandwich with honey chilli chicken which came with spicy slaw and tomatoes but it was not friendly to being eaten with sandwich technique. I used knife and fork and was perfectly content with that. The chicken itself was very good Korean style being surprisingly tender and juicy on the inside while typical KFC super crispy. They did not overdo it with the sauce. The waffles were OK but not what I would call life altering and they did not arrive particularly hot. 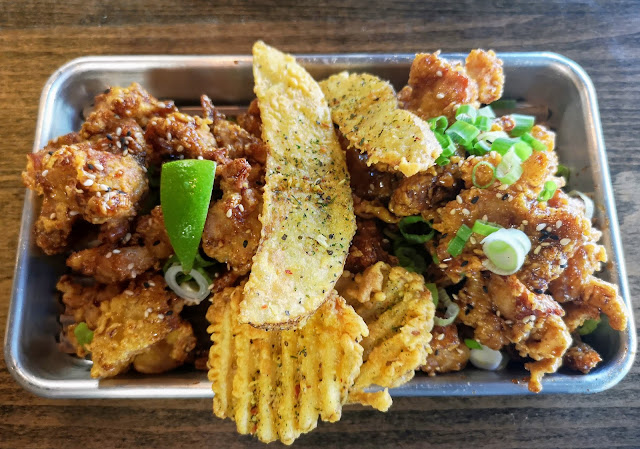 There are a lot of flavour choices including the usual spicy styles (not very spicy) and reaching all the way to surprising garlic-parmesan. Right now they have a special offer that lets you try 2 flavours on a half order. We tried soy-garlic  and maple-honey-spicy and the half order is only $13.50.  Both flavours were tasty but again, not spicy at all. 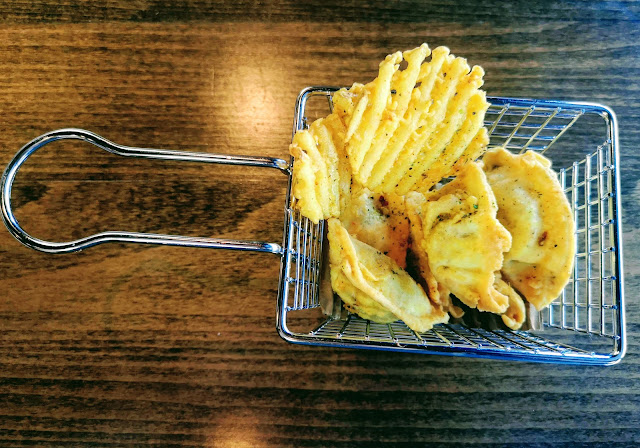 Finally, we tried an order of deep fried dumplings which were very good. They were rich and meaty with pork filling and crispy on the outside. 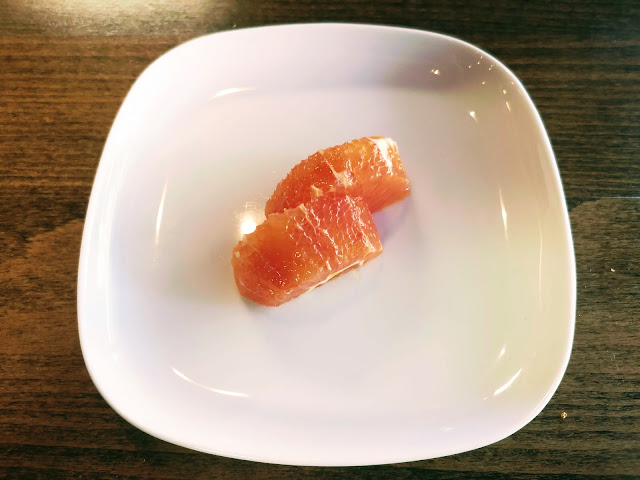 We were served a couple of nice little slices of grapefruit to conclude! They offer a few other deep fried items like waffle fries, mojos and onion rings and a few desert items centring around their waffles.This is filling and rich food so be aware and don't be afraid to order a salad to off set the carbs. They do have a zucchini sandwich for the vegetarian who finds himself here. 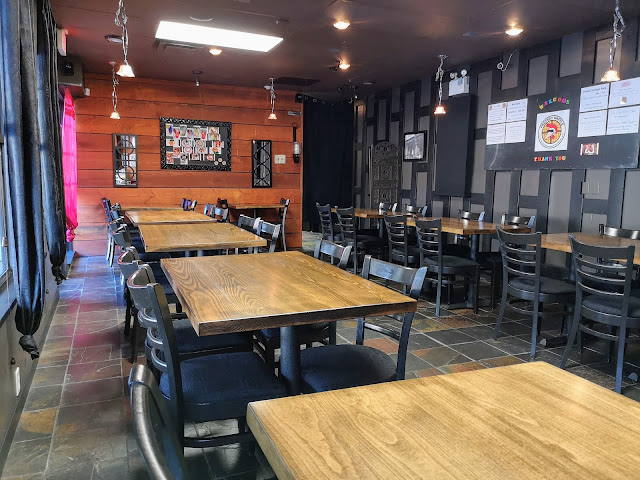 Friendly folks and comfortable enough. We did not have to wait for a table and service was efficient.This place is a little bit unique in Langley and worth a try.

By Yes! We're Eating Vegan Again! at July 27, 2018
Email ThisBlogThis!Share to TwitterShare to FacebookShare to Pinterest