My brother is back in town for a couple of days. So what's for dinner? Well, you can eat my curried lentils and roasted vegetables at home or....how about sushi? Not surprisingly, sushi won out. So we headed up the road to Denji Sushi at Clayton Gate. 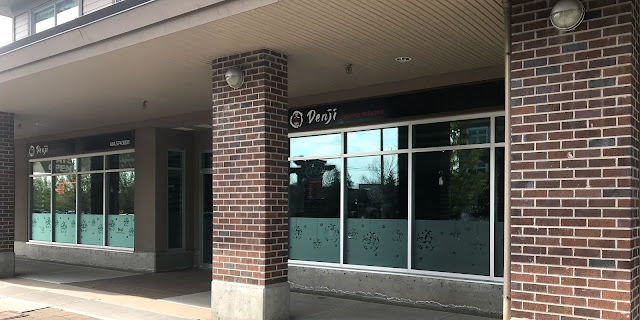 We liked it there. Our server was friendly and just attentive enough. Comfortable booths or tables and chairs, and nice and light with big windows. 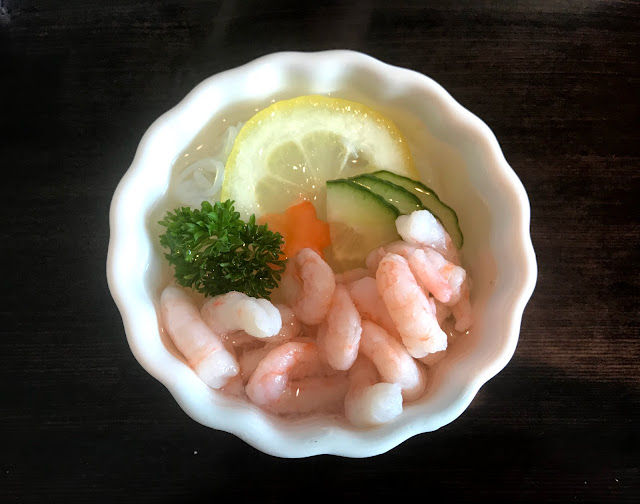 Dave started with a Sunomono Salad. It was quite impressive with a lot of shrimp! I started with Miso Soup which was also quite well put together. It sort of indicated that someone was taking some pride in the small things in the kitchen. 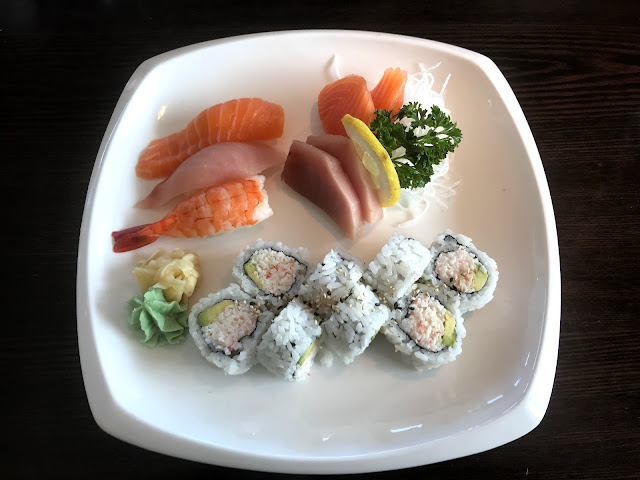 I had a Sushi and Sashimi Combo that came with a California Roll. There was no Nigiri combo which is what I usually look for. Also, they teased us with a hand written sign that advertised Uni but alas they had run out! Still everything was fresh and tasty. The rice in the nigiri was both nicely seasoned and in nice proportion to the fish. It seemed a little expensive at $15.95. Little brother had the Chirashi Don. 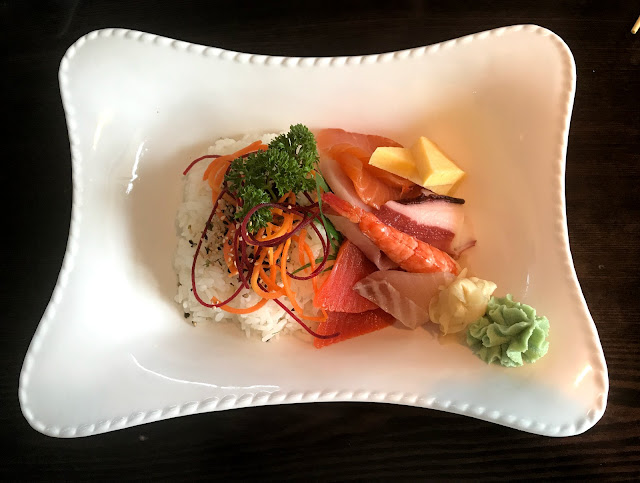 This was another very nicely put together plate with a generous selection of tasty bites including snapper, salmon, tuna, tomago, shrimp and even octopus. Again, a little expensive at $18.95 but nicely crafted. This place seems like it probably has a lot of local appeal as we noticed quite a few 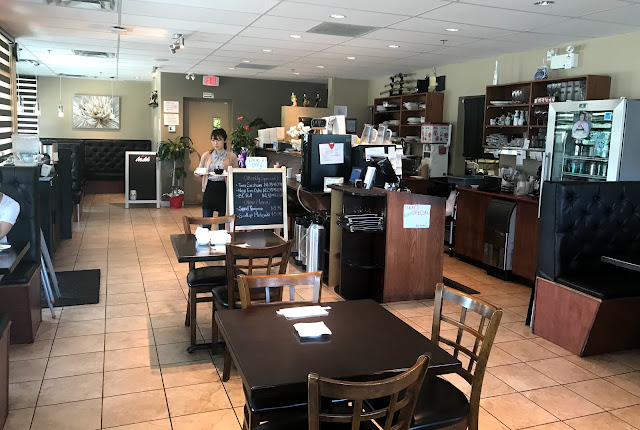 take out orders heading out the door while we were there. In Metro Vancouver, the land of too many sushi joints, this one can hold its own.

By Yes! We're Eating Again! at April 28, 2018
Email ThisBlogThis!Share to TwitterShare to FacebookShare to Pinterest