I think that we were made aware of the vegan options at Afuri Ramen + Dumplings by our new favourite local YouTubers, Vegan Twosome. Diana and Amir are a totally cute couple who have been vegan for at least 20 years as near as we can tell, and we may just follow around in the wake of their reviews to find our next plant-based meal. As far as Afuri is concerned, I think they went to the Richmond location while we checked out the new place on Main Street at 12th. 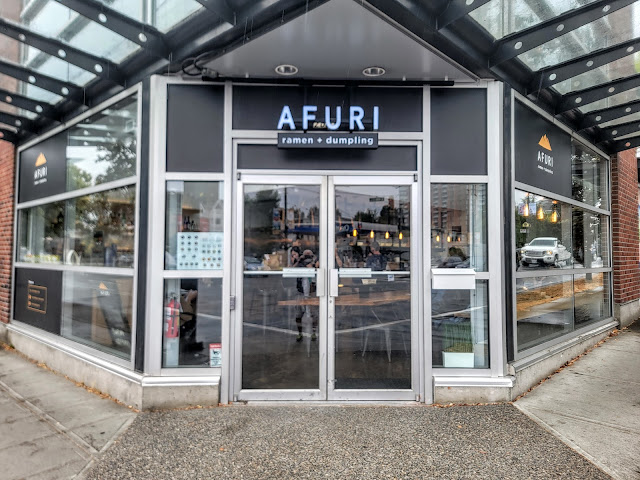 It was rainy in Van on Sunday so ramen was a perfect choice. We arrived a little after 1 and managed to get seated right away but this is a fairly busy place. I love it when a menu is clear. Items at Afuri are marked with a V and the V is defined as vegan (it could mean vegetarian and that's why it needs to be defined!). So we ordered all the vegan items! 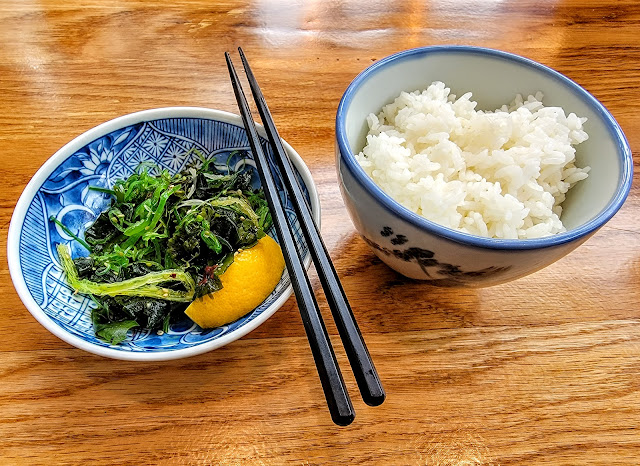 Steamed rice didn't need to be marked with a V (it wasn't) but we ordered it to go with the Kaiso Seaweed Salad. It doesn't sound exciting but the salad had at least 3 varieties of seaweed (one was purple!) and a very nice sesame oil dressing. The texture was a little crisp, and the flavour was mildly oceany and very enjoyable! 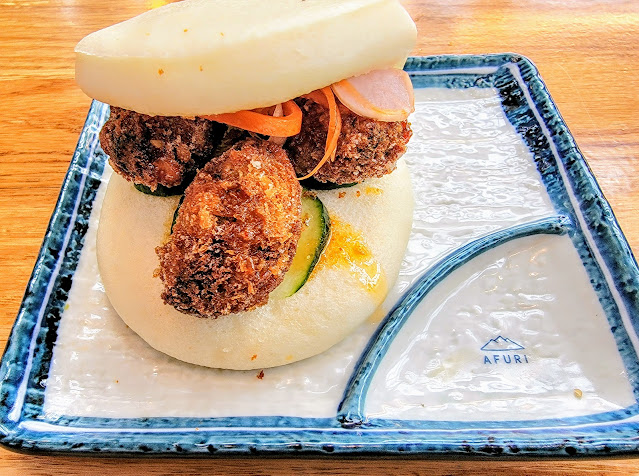 The Crispy Shitake Bun almost escaped our notice as it is described as vegetarian (we were assured it was vegan). This had a very tasty kaarage-like flavour and was great overall. We are unsure how they formed these into balls as the mushrooms were in large pieces and not finely diced. Very good! 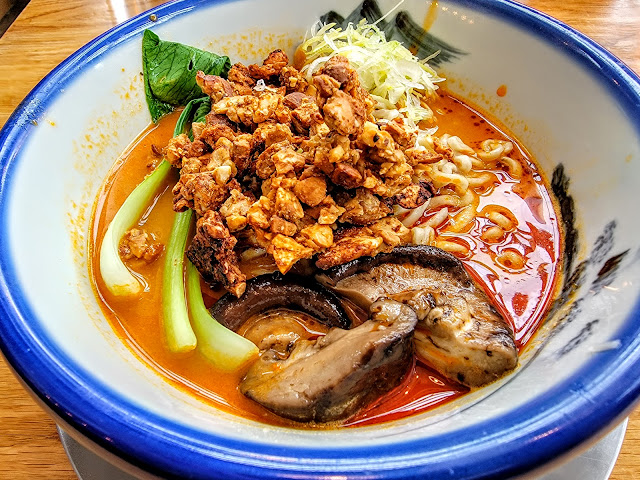 The main event was the Hazelnut Tantanmen which was some of the best ramen we have ever had and I don't just mean vegan ramen! It started with a hazelnut broth (wow!) with miso and was very creamy! The substantial part included shitake, bok choy, leek and miso-cashew crumbles! The crumbles could be a stand-alone snack. Afuri brought out their creative big guns for this and was hugely successful. Do I seem excited? 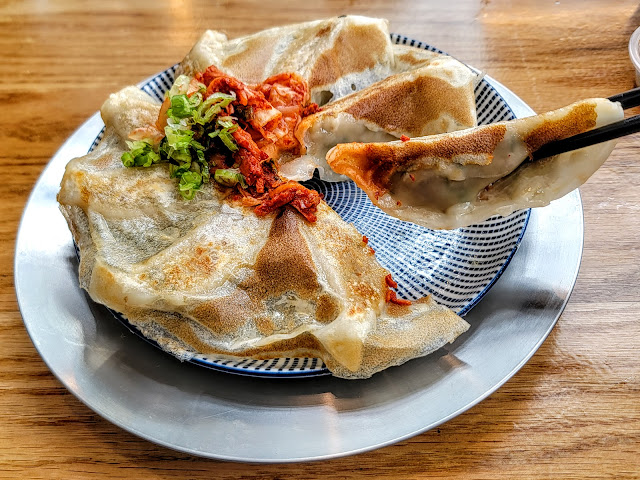 Finally, there were Miso Cashew Dumplings. These were also pretty special. There were 8 tasty dumplings anchored together with a bit of a crepe and finished with kimchi. 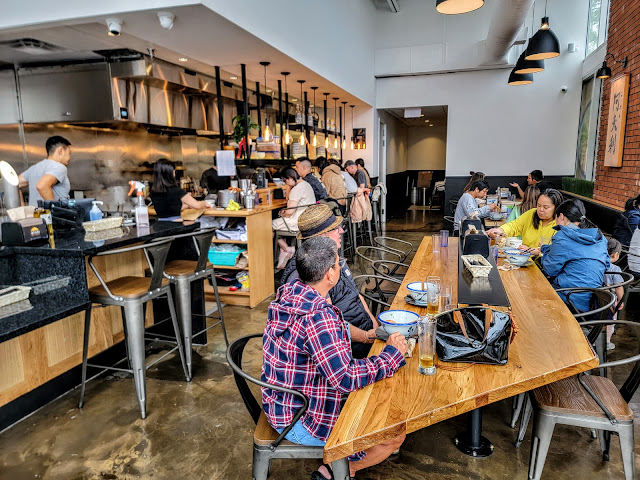