And here is something else we haven't done in at least a couple of years....attend the Powell Street Festival! This event first happened in 1977 making it one of Canada's longest-running and now largest community arts festivals. 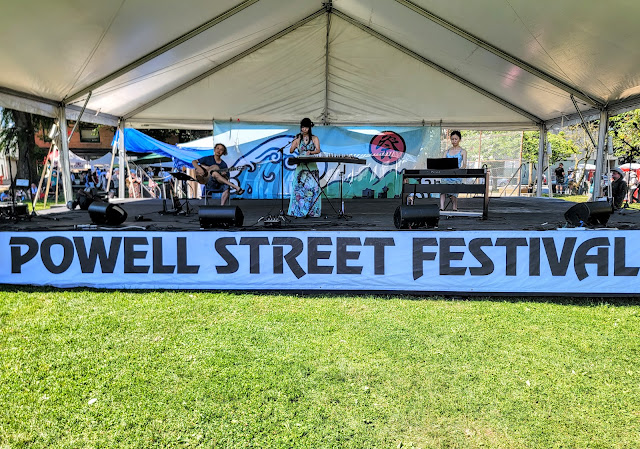 Japanese -Canadian music, crafts, martial arts and of course food are all highlighted at Oppenheimer Park and its environs, this year on July30 and 31 although the full festival takes place over a week in several locations. We enjoyed the music of  Kotojiro with Cosei on the main stage on Sunday afternoon. Of course, you know we came for the food and arrived starved. 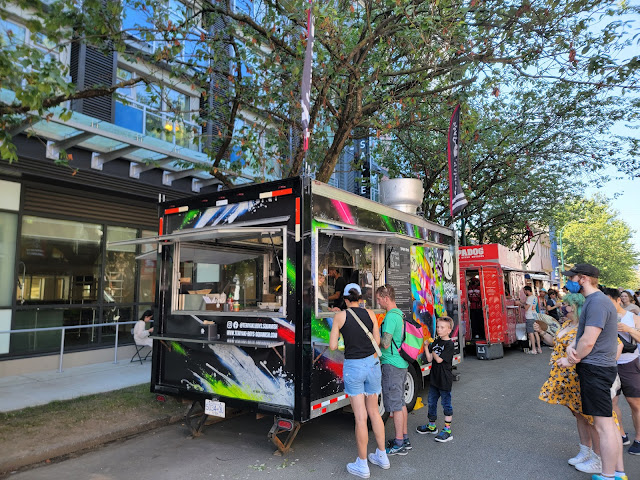 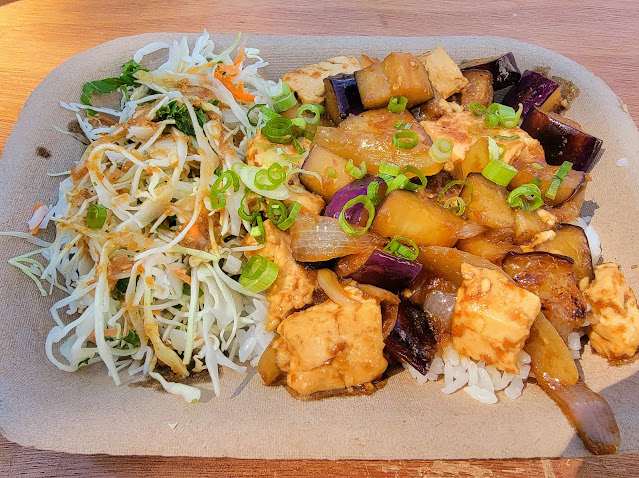 We enjoyed Ginger Eggplant with Tofu (vegan btw) which was a comforting concoction served over rice with their finely shaved cabbage and sesame dressing. We love this! 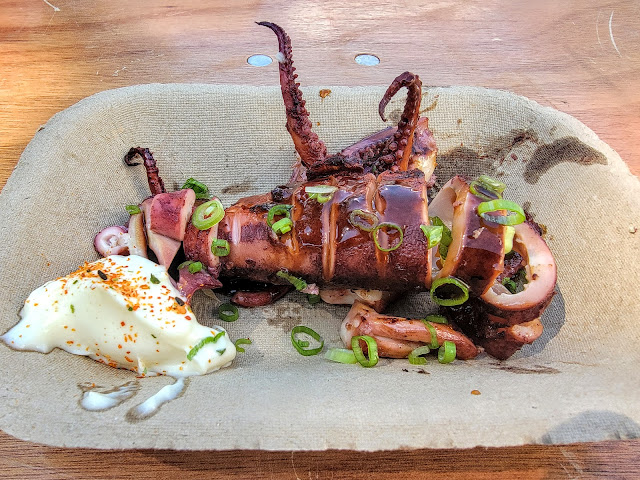 Somewhat less vegan was the Japanese Grilled Squid with what I assume was teriyaki sauce and Kewpie Mayo on the side. Nicely tender and flavourful (at least for squid). This was one of their daily specials for the festival. 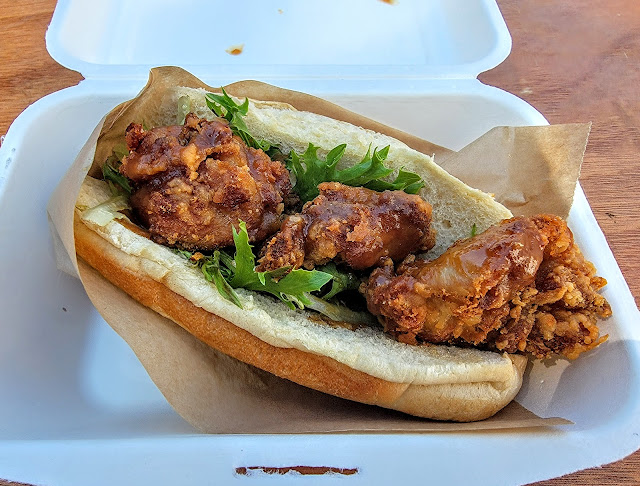 And from next door at Japadog came the uncomplicated Chicken Karaage Dog. Everyone loves karaage chicken so why not put it on a bun? Very good! Having staved off collapse due to low blood sugar we began to explore (which mostly means finding other things to eat). 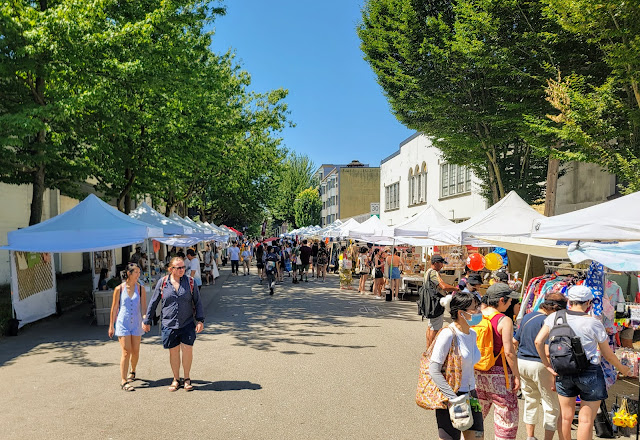 In addition to the food trucks, both sides of Alexander Street were filled with some amazing crafts such as locally made porcelain and clothing. Something for everyone. 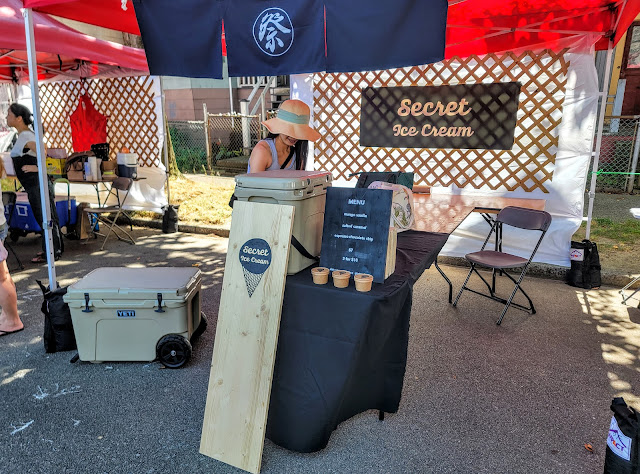 For us, one important craft was the vegan ice cream made by Secret Ice Cream. 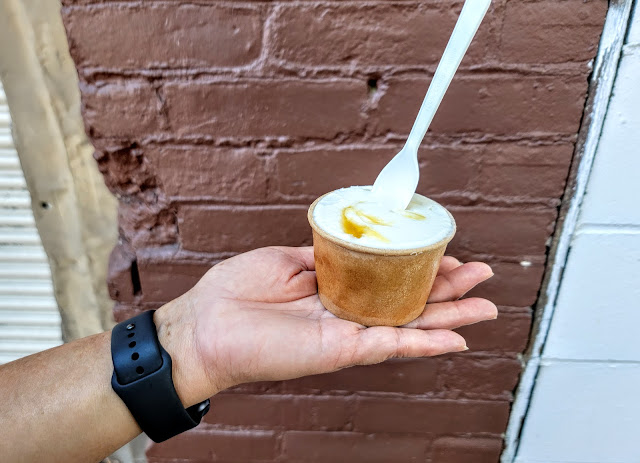 Mango Vanilla had been their most popular flavour this weekend and we understood why. The ice cream has a coconut base but it was barely detectable next to the mango flavour (not that we have a problem with coconut). 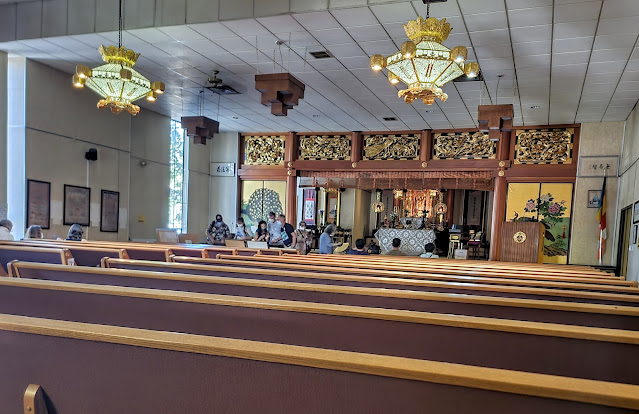 Between snacks, we were permitted to enjoy the beautiful tranquility afforded by the Vancouver Buddhist Temple. If we had time for meditation it would have been a complete experience. 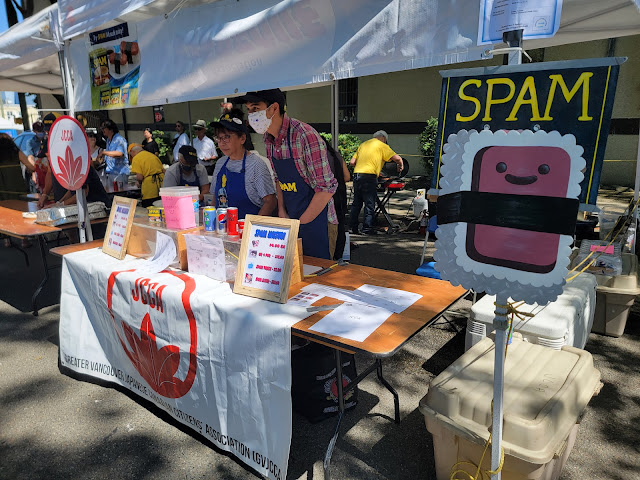 Apparently, Spam is a thing in Japan. Possibly it migrated from the Philippines where the American military had a base for many years (and lived on the stuff). 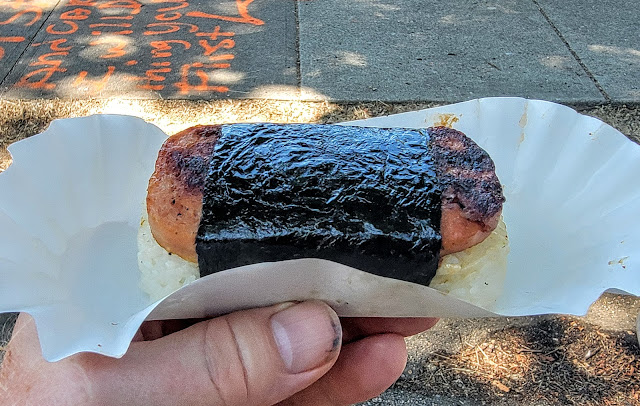 One way that Spam shows up in Japan and in Japanese Canadian culture is as musubi. We have made this at home before from a recipe in Hormel's own cookbook. It can be tasty! 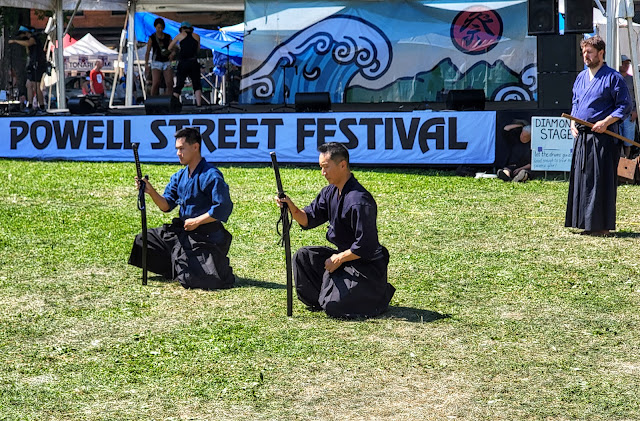 We enjoyed a demonstration by Katori Shinto Ryu Kenjutsu. I noticed that the precision sword work we saw was for self defense rather than attacking. I don't know enough about the art to say if that is primarily its purpose. These folks were clearly dedicated to learning their craft. 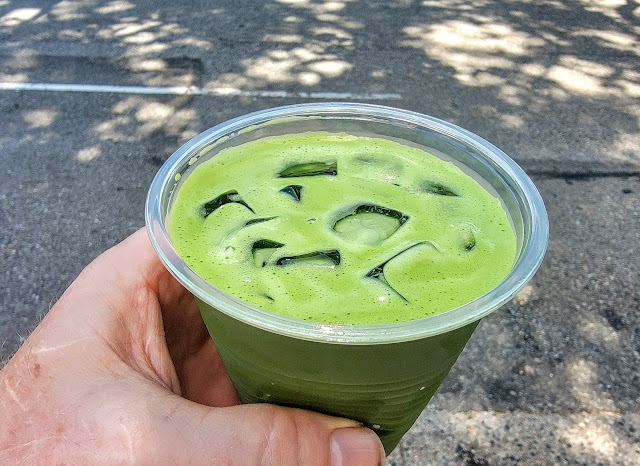 Of course, there were more than a few ways to quench your thirst here but why not with matcha from Ichiyo's Matcha Bar? I'm not crazy for matcha but nice and cold it worked for this hot day. 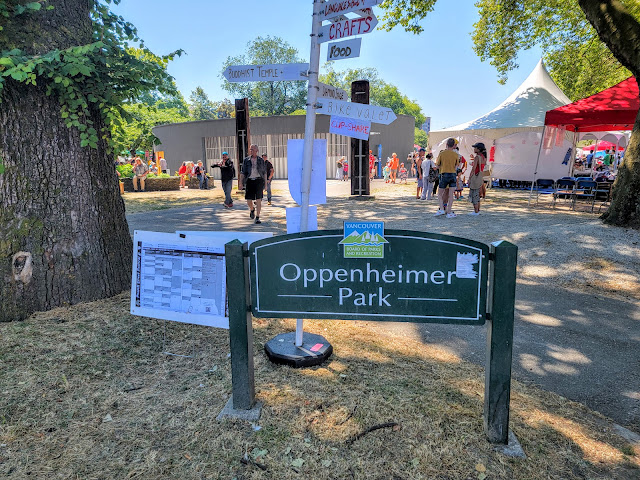 It was nice to see Oppenheimer Park dressed up and hosting the vibrant Japanese Canadian community. There was so much more than what we saw (and ate) with a full schedule of events on the 2 major stages and around the venue. We won't miss it next year and hope to stay longer.
By Yes! We're Eating Again! at August 01, 2022
Email ThisBlogThis!Share to TwitterShare to FacebookShare to Pinterest