It was certainly a weekend of festivals. We have been to the Fusion Festival in Surrey in the past and choose not to endure that crowd on this particular weekend (although it is a great festival). There was also the Bubble Tea Festival but seriously, who cares? Instead, we ended up at the Caribbean Festival in Coquitlam. We haven't been to one of these in a while (not since North Vancouver) and kind of enjoy the tropical feel. 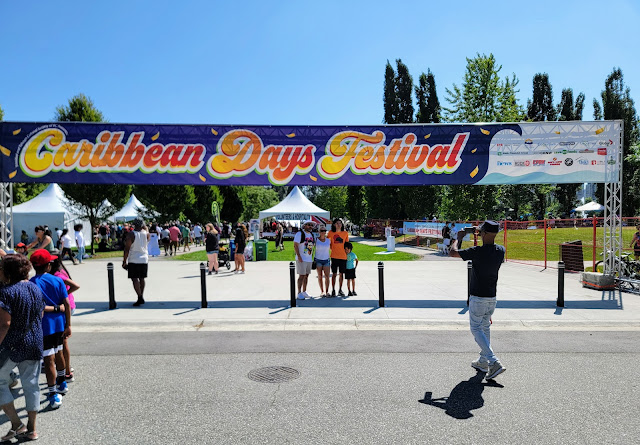 The weather was pleasant (not too hot ) and the air was full of music as we knew it would be! Of course, the highlights of the festival were the music and the food (and the parade but more on that later). 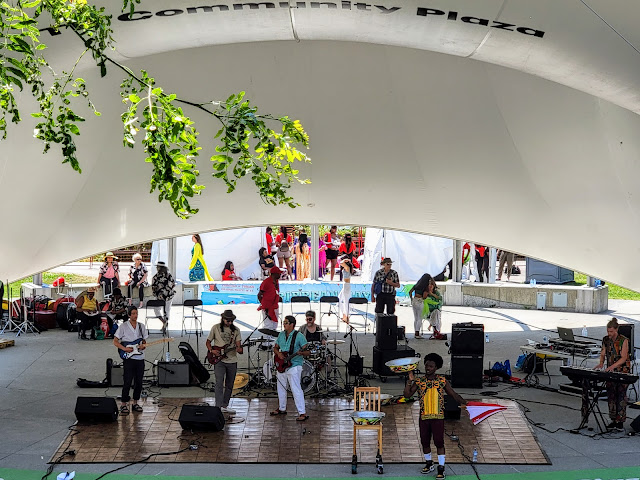 We were there long enough to see a couple of acts. It was a little hard to figure out who was on the stage unless you happened to catch the whole act and were there for the introductions. The official festival website had a schedule but the conditions on the ground seemed to be fluid. 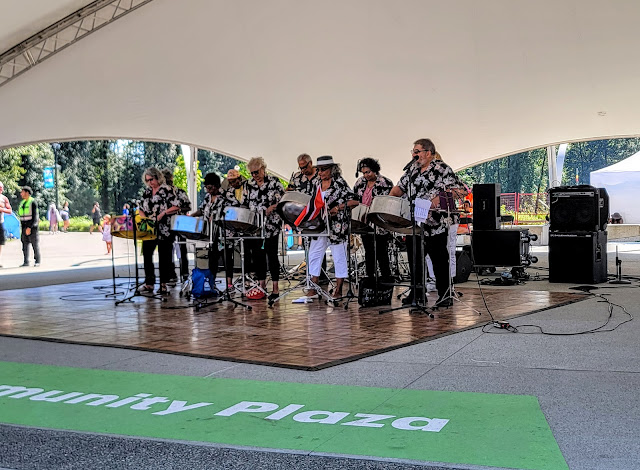 We did manage to figure out that this was Sweet Pan. I initially identified them as a distinctly un-Caribbean-looking senior's steel drum band but it turns out that some of the members have Caribbean roots. 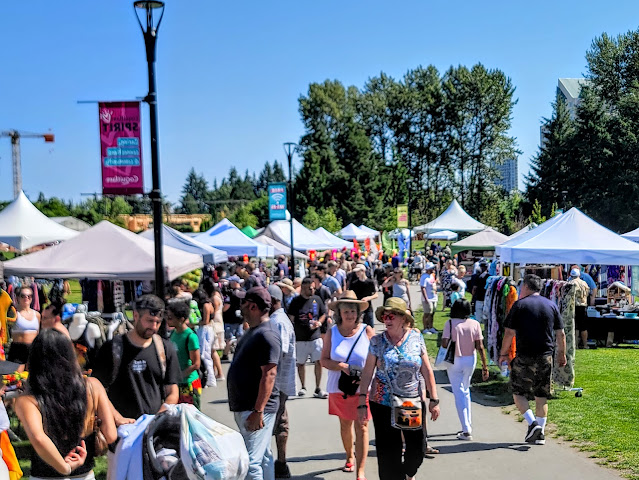 We kind of found this to be more of a market than a festival with booths from Save On selling Chinese cooking wine (among other unrelated items) and lots of vendors selling clothes and hats of dubious origin which may or may not have been from the Caribbean. 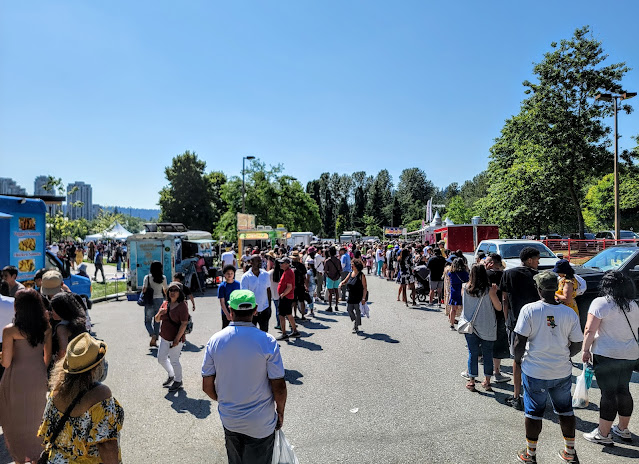 Of course, there was the food but as is usual for any event or festival, it was a little bit challenging. There were 4 or 5 trucks that were selling jerk chicken or some variation but all of these had huge lines. 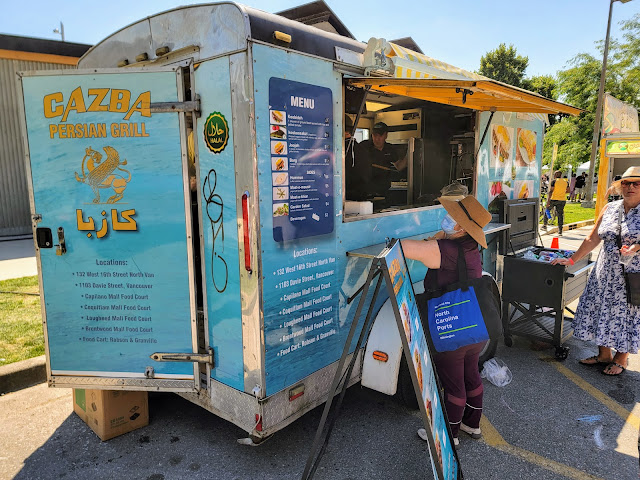 We chose to bypass the standing in the sun thing by getting something to eat from a non-jerk chicken truck (these entertained relatively short lines). We knew that Cazba could be relied upon for some tasty eats even though Iran is nowhere near the Caribbean. 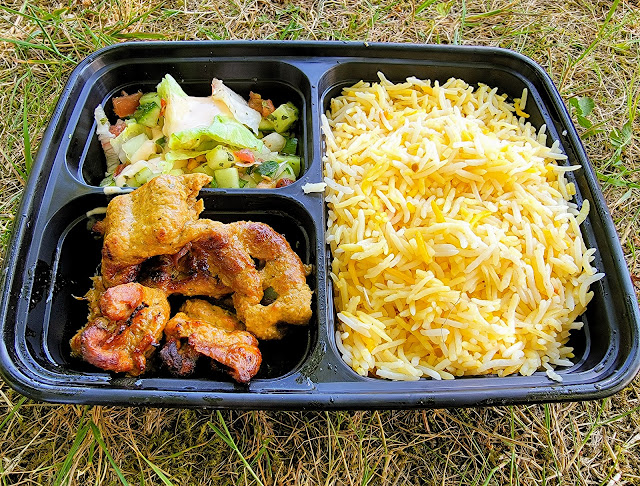 We ordered Koobidah and a sort of Frittata (can't remember what it was called) but ended up with 2 Koobidah (Oh well. They were well organized but clearly crazy busy so what are you gonna do?) We found some shade under a tree and were happy that our standing in line in the sun had ended! The food was tasty but not Caribbean as mentioned, so kind of a pointless posting! 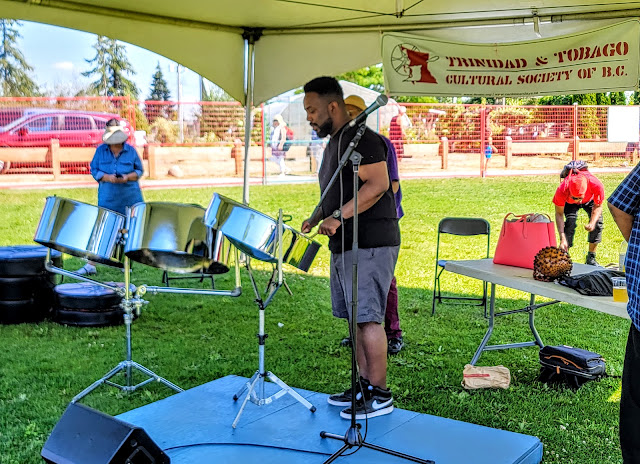 Here and there we found other more authentic tastes of Trinidad and Tobago for instance. 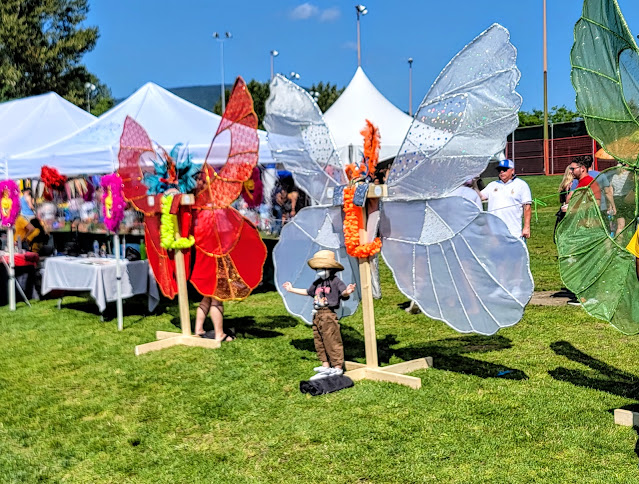 We missed the parade, unfortunately, which likely would have been the highlight of this whole affair. In fact, I always yip about being early to things and planning ahead to miss the heat and most of the crowds but I clearly failed to do that this time. We'll try harder next year so that there is a valid reason for a posting about the festival. In the meantime, here you go!
By Yes! We're Eating Vegan Again! at July 27, 2022
Email ThisBlogThis!Share to TwitterShare to FacebookShare to Pinterest