Nightshade - No Meat May

Another higher-end restaurant with a plant-based menu entered the scene in Vancouver early this year. We have meant to come by for some time and finally made it for weekend brunch. Located along the restaurant row that is Hamilton Street in Yaletown, we arrived during off hours as is our usual modus operandi and we were able to get seated on their patio right away. I had made a reservation by phone as the online reservation system led me to believe that we could only get a table at 9:30 in the evening or at 2:00 in the afternoon. If you can't get a table when you want online, do not hesitate to call and get the real story. 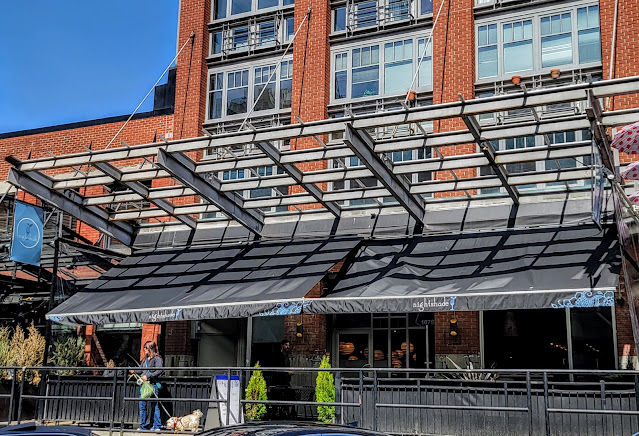 There were quite a number of people who were there for brunch at 11 but this turns out to be a fairly large restaurant so I don't think we were in any danger, reservation or not. It seemed like a breakfast sandwich would be a good idea and it surely was. 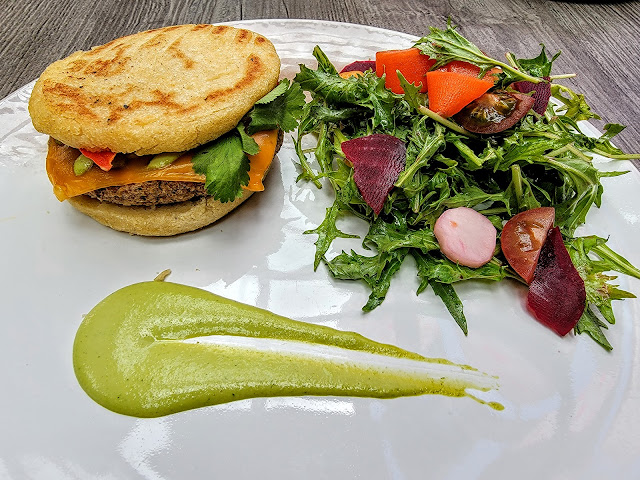 There were a couple of highlights to the Arepa Breakfast Sandwich, the first of which was the arepa itself. So much better than an English muffin, this corn masa muffin was nicely toasted and complete with that tortilla taste that we love. The patty was an inspired lentil and walnut affair which was meaty and satisfying. I'm not sure what kind of cheese they used but it was melty and very good! It was nice to have a salad on the side instead of the usual potatoes. And as usual at a plant-centric eatery, the salad was more of a thought-out thing with heirloom tomatoes and beets rather than just a pile of iceberg lettuce. 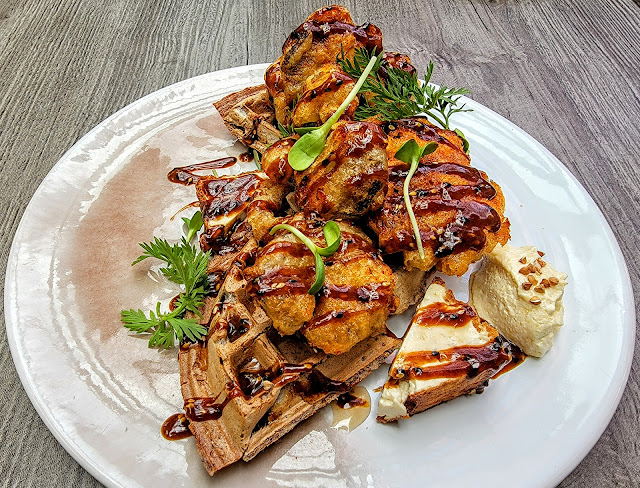 The big star of the show for us was the Chicken and Waffles...sorry I mean Blue Corn Waffle which came with oyster mushroom and tofu kara-age, which admirably held down the usual chicken spot. The waffles were very crispy on the outside, more so than we have ever had (not sure how they accomplished that) and still fluffy. The deep-fried mushrooms were wonderful and light. And the Maple Rayu sauce which was presumably a mix of sesame chilli oil (rayu) and sweet maple syrup was the perfect accompaniment. A little creamy corn butter on the side was provided some variety. This dish is not to be missed! 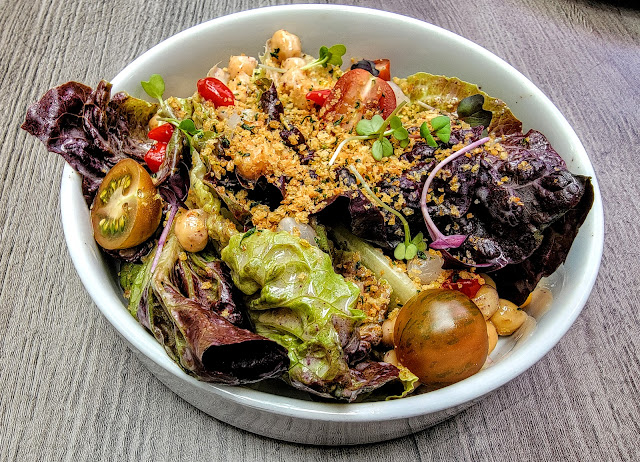 Finally, we shared a Creamy Gem Salad. It was the mention of smoked onions that first got my attention but the salad was greater than the sum of its parts. Chickpeas, tomatoes, greens and an almond dulse dressing were topped by vegan parmesan and focaccia gremolata to create a beautiful and tasty salad and round out our meal. 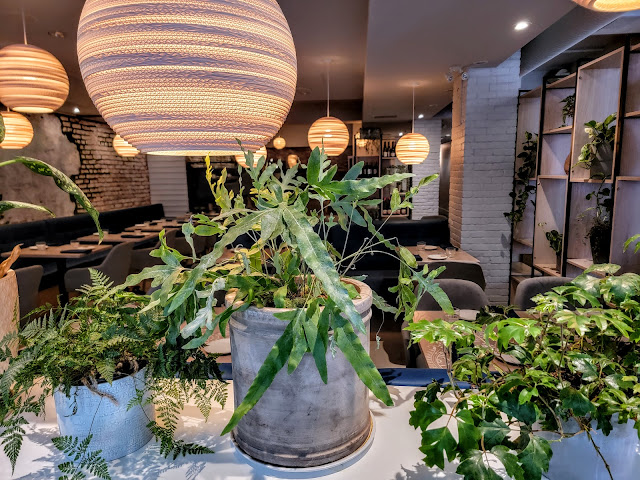 This is a beautiful restaurant and very comfortable. Our server was friendly and accommodating and the kitchen seems pretty efficient. 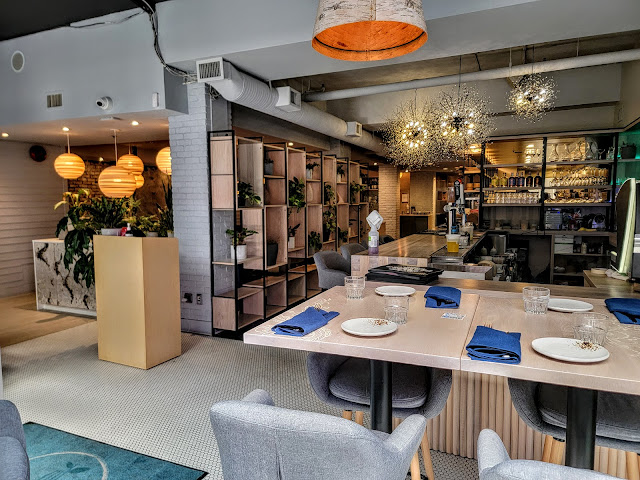