Yes, I know this is essentially another fast food place but frankly, I like Noodle Box and I'm not sure why we don't eat there more often. They have vegan options for quite a few menu items which come in the form of choosing tofu over chicken and not in the form of pretend meat. I think that overall, I prefer that. That being said, you need to order carefully as I inadvertently failed to order vegan when I thought that I was doing so. 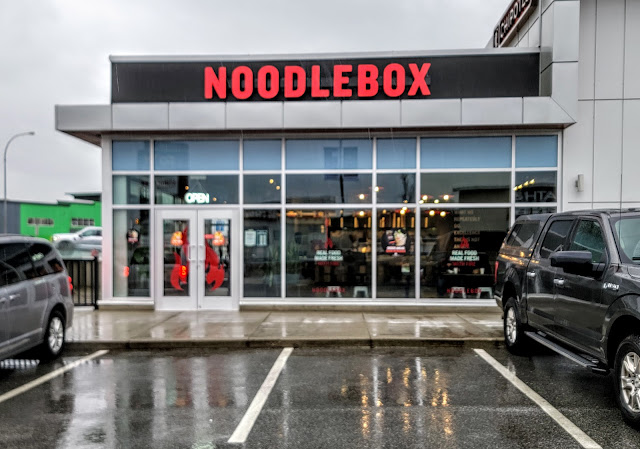 In Langley, Noodlebox is in City Square, a strip mall across the bypass from Willowbrook Mall. I downloaded the app and ordered online for pick-up. There was a very knowledgeable counter person who helped me understand where my order was not vegan despite my intentions. 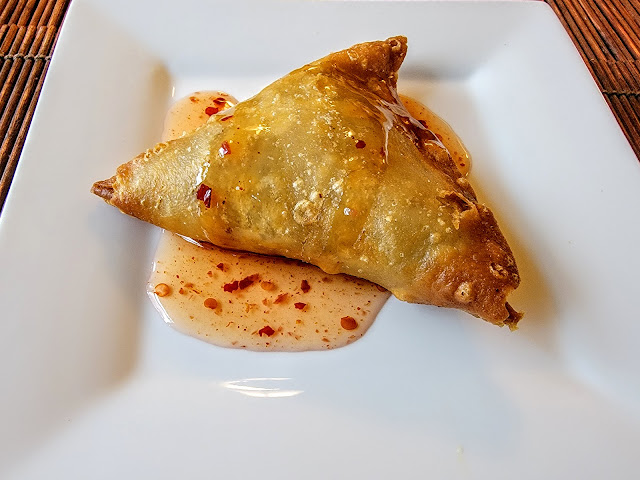 We had a Vegetable Samosa which would qualify as vegan except that the fryer oil in the restaurant is used for meat items also. So technically,...not vegan. Pretty tasty though but a little expensive at $3 if you're used to getting your samosa at Indian joints. 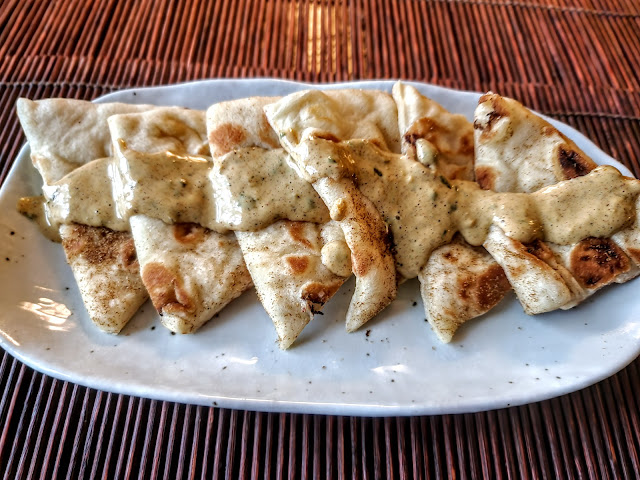 The Burmese Naan also doesn't qualify as vegan as it is not made in-house and they don't have a what ingredients list. Most naan is made with milk and/or eggs so vegan is not likely. Again, still pretty tasty. 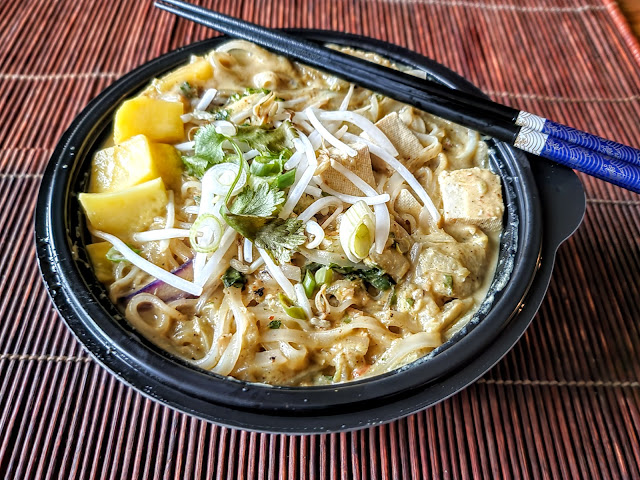 The Cambodian Jungle Curry was my one successful vegan order. I chose tofu as my protein and the recommended rice noodles. It was a pretty generous bowl and had just a nice touch of heat with mild curry flavour (you chose the heat level). Sort of a gooey mess in the take-out form but we didn't mind. 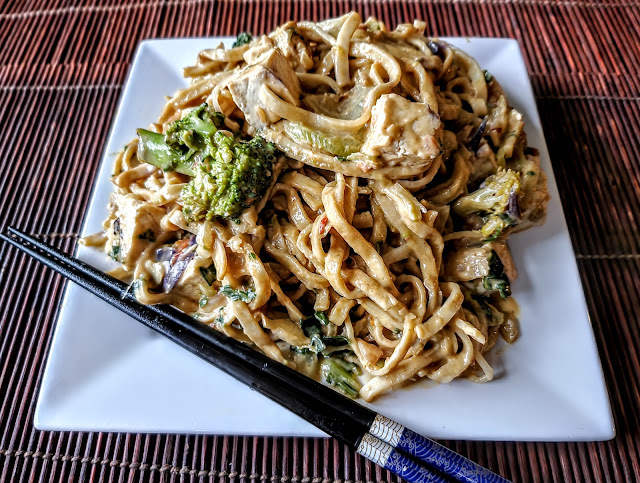 My fail was ordering the Spicy Peanut Noodle Box with the recommended ribbon noodles (I could have chosen other noodles) which have egg in the pasta. Again this was nice and peanut with just a little heat but we found that the noodles were a bit overcooked. Again, this could have been a symptom of takeout. It might be better overall to dine in at NB. 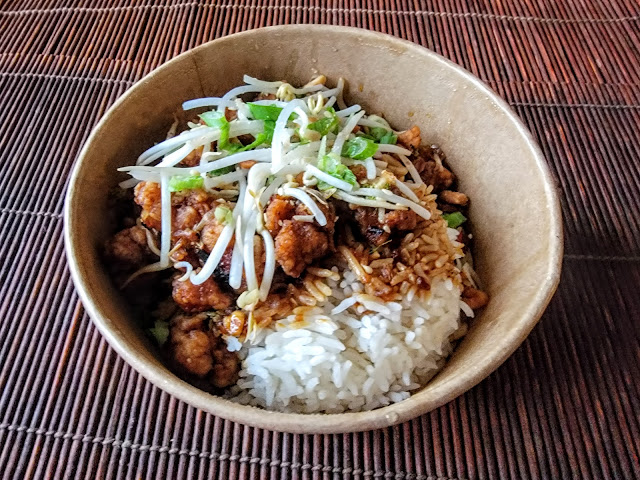 Finally, We ordered a Crispy Shanghai Chicken Box (not even trying to go vegan on this one). My wife has been a good sport about Veganuary even though it is not really her thing (and she just found out that I am going vegan in February also) so I ordered this for her and did not participate in eating it! It looked good and she finished it so it couldn't have been too bad! 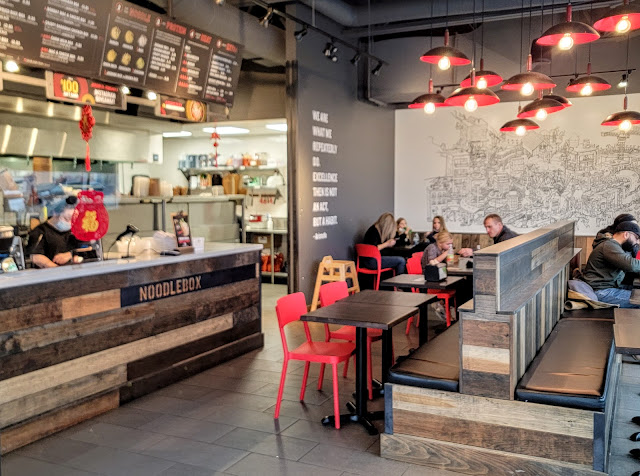 Bowls probably average about $15 once you have added your protein but they are large and filling. There is a dining area in the Langley restaurant which is kind of rustic looking and inviting. As mentioned before, the counter person definitely knew her stuff (maybe the manager?) and that was nice.
A decent choice for vegans!
Food             3 out of 5
Comfort        3 out of 5
Service         4 out of 5
Value            3 1/2 out of 5
By Yes! We're Eating Vegan Again! at February 02, 2022
Email ThisBlogThis!Share to TwitterShare to FacebookShare to Pinterest