This is the fourth time that I have gone vegan for a month (Veganuary, World Vegan Month, etc.) and each time, I come closer to taking it on as a full-time lifestyle. It would certainly be the right thing to do as far as the future of the planet and future generations is concerned. At the very least, I feel like I might be on the cusp of becoming a full-time vegetarian and not the just weekday version that I claim to be now. To get some context,  I encourage everyone to peruse our posts for the months of November 2018 and 2020 and January 2021.  I feel like I made some good sense in a couple of those posts but you can also read about the places that we have been (i.e. Metro Vancouver restaurants) and things we have cooked and learned that show how possible and delicious a vegan lifestyle can be. 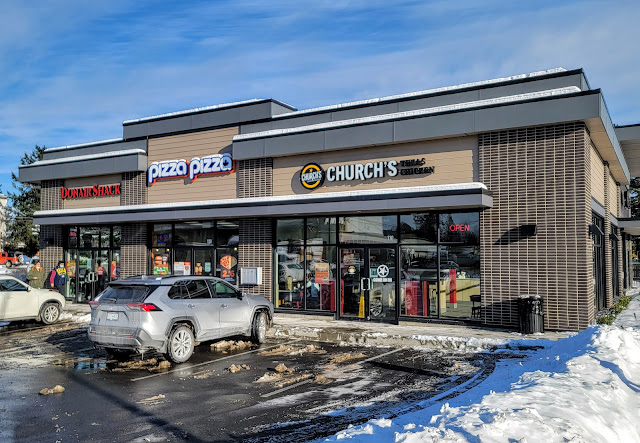 Wanting to have something to post about that was at least a little bit vegan this first weekend of January, we hunted around Abbotsford for something to eat. Since the ultimate demise of Sid's at Sevenoaks Mall, there is not much left in this town that is convenient or open when you want them to be. What about pizza? It turns out that the relatively new chain, Pizza Pizza has some offerings. While most pizza chains do not offer vegan cheese, Pizza Pizza does and that makes a big difference. So we placed an order for pick up at the location on South Fraser Way near Old Yale Road, although they have a few window seats if you choose to dine in. 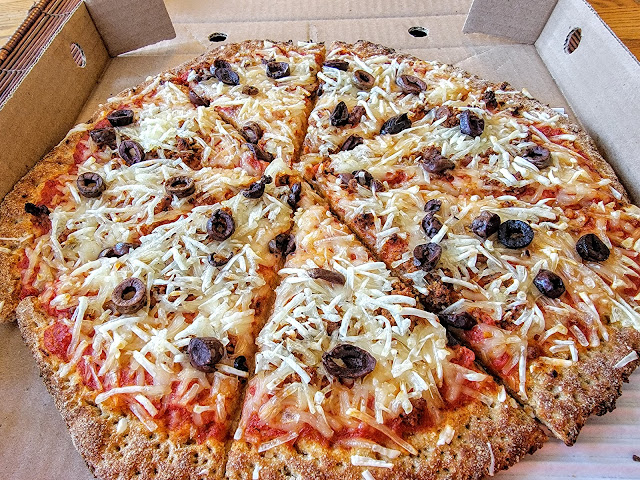 And to be perfectly honest, this was a much better vegan pizza than I expected from a chain-type pizzeria! It's up to you to figure out how to order as even their so-called Super Plant Pizza comes with mozzarella cheese if you don't indicate otherwise. We started with the whole wheat crust, home-style Italian tomato sauce, veggie chorizo, black olives and Daiya cheese. Although, we have had better at places like Virtuous Pie this was pretty happifying! 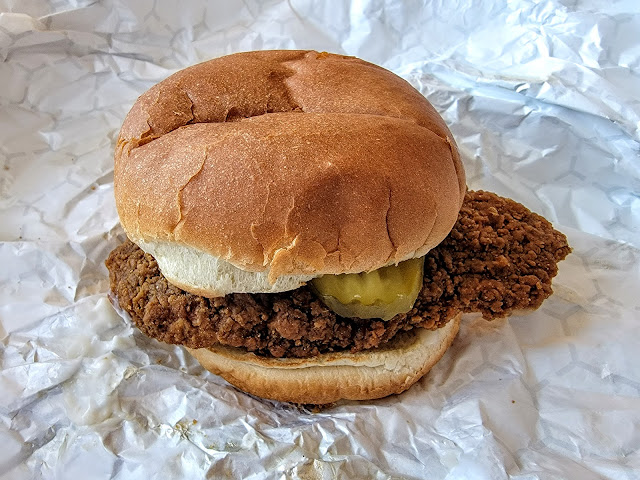 Pizza Pizza has a few other vegan tricks up its sleeve including the Chick'n Sandwich. Complete with vegan mayo and pickles on a sort of decent bun, this was OK and probably the same frozen near chicken things you can get at the grocery store. Still, not a bad sandwich but it doesn't age well. It's good hot and fresh but gets a little solid if you decide to finish it later. 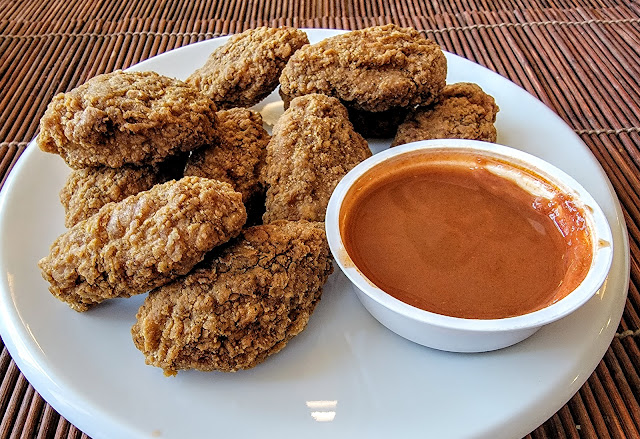 The same is true of the Chick'n Bites (i.e. you should eat them fresh and you've had something like this before but overall they're not too bad). I am not a fan of real chicken nuggets to start with, finding them somewhat suspect at the best of times, so these by comparison are OK. You get your choice of a generously sized dip on the side (just make sure it is not ranch or mayo - not vegan). 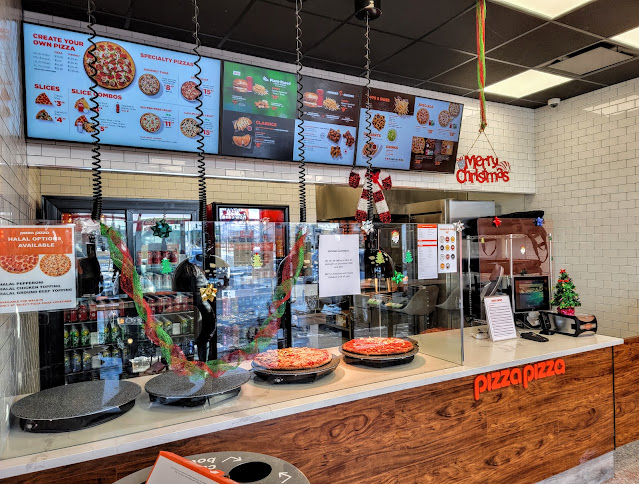 By Yes! We're Eating Vegan Again! at January 02, 2022
Email ThisBlogThis!Share to TwitterShare to FacebookShare to Pinterest