As I often say, don't trust Google for restaurant info and opening times. Call and confirm! This is what I did not do when we planned to try Chamcham, a relatively new vegan joint near Granville Island. It turned out they were closed for the holidays. They also do not do dine-in but take-out only. Sigh. So we wandered back to Granville Island and found out that there is a Beet Box and a Chau Veggie Express in the market! The only thing is that I am trying to find vegan food at places we have not been before. We have been wanting to try Alimentaria Mexicana so we perused the menu and found out that there are several vegan choices! So off we went! 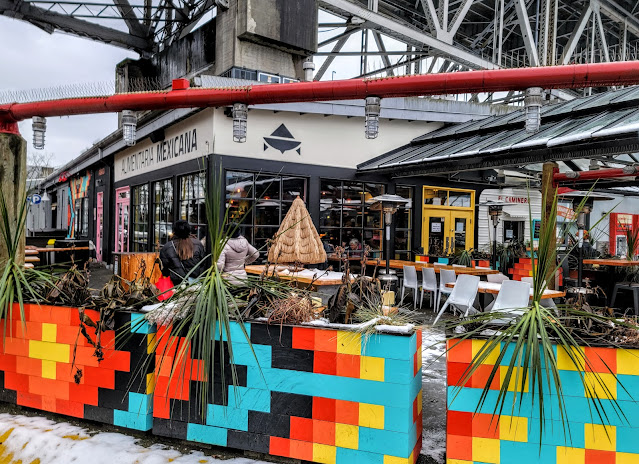 We arrived a little after noon on a stormy Sunday and they were busy at AM but had room for us. We ordered a few vegan items and enjoyed the boisterous atmosphere! 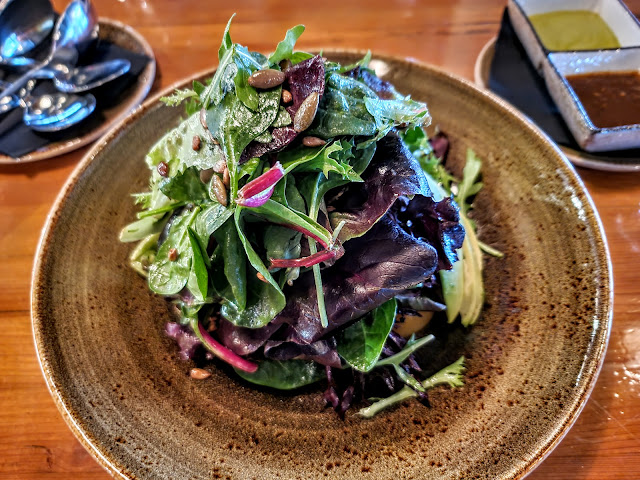 We started with their House Salad with Beets. The roasted yellow beets were hidden at the bottom of this thing so that my photo doesn't give a true sense of how tasty it was. With some Mexicanish bits like pumpkin, sesame and avocado, we were off to a decent start. 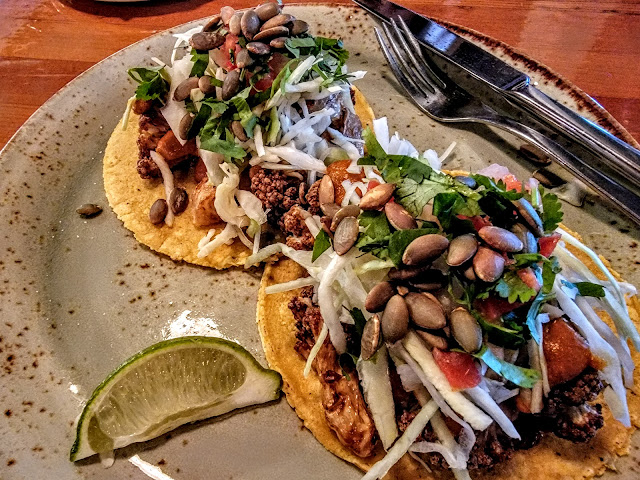 I had the Crispy Cauliflower Tacos which were very good. They start with tortillas from Chancho across town on Davie Street. Same group of people and you probably already know that they do excellent tortillas  From there it is jsut a matter of deep fried cauliflower, pumpkin seeds etc. 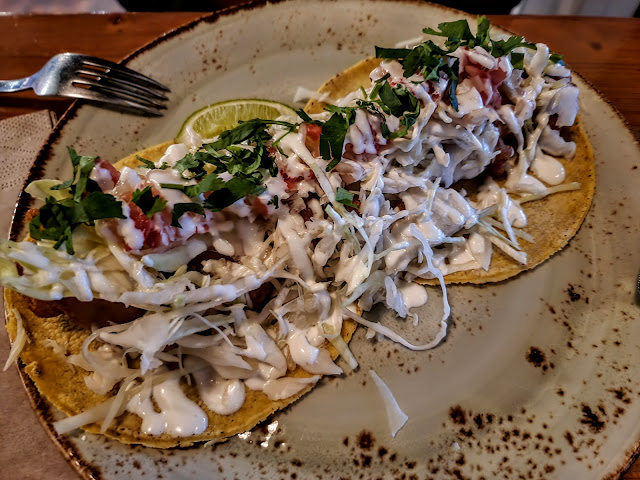 Mharie had the Shrimp Tacos (not doing the vegan thing) and from what I could tell, enjoyed the a great deal. 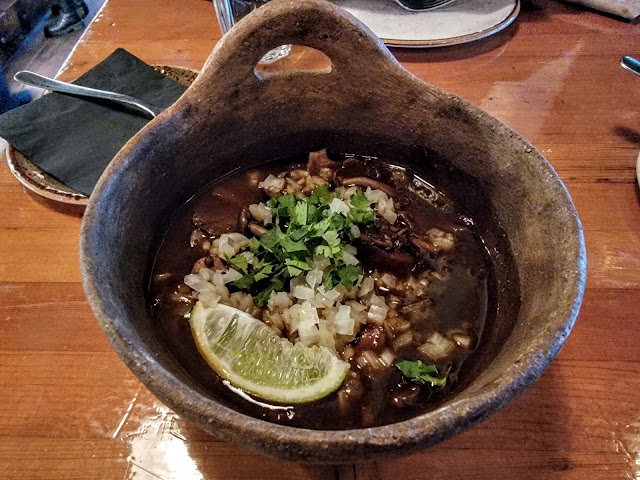 They have a section on the menu called "Cazuelas" which is a reference to the earthenware pot in which the dish is cooked. You can buy the same actual bowl at AM but it will cost you $60. The Mushrooms in Pasilla Mixe Salsa will cost you a great deal less and you can just borrow the cazuela. This was a rich braise of mushrooms in pasilla chiles with onion and cilantro. It comes with some warm tortillas and you can make yourself tacos or dip them or whatever you want. This was the first time we have had anything quite like this! 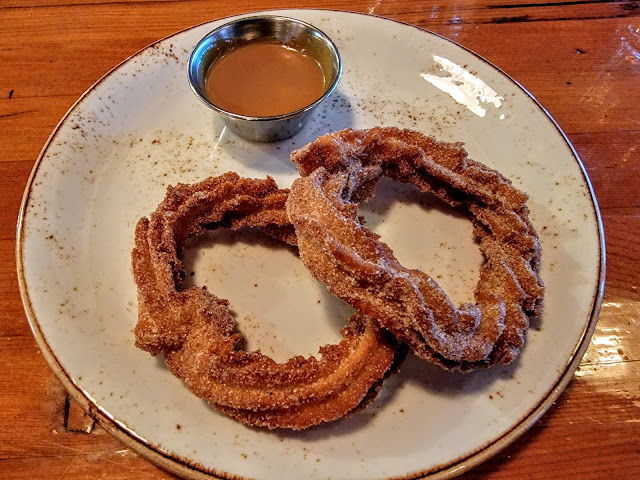 Mharie is a huge fan of churros. It turns out the only thing non-vegan about this is the dulce de leche that accompanies the churros. Also, they happen to be delicious all by themselves, so I enjoyed a churro vegan style while my wife enjoyed one with dulce de leche. 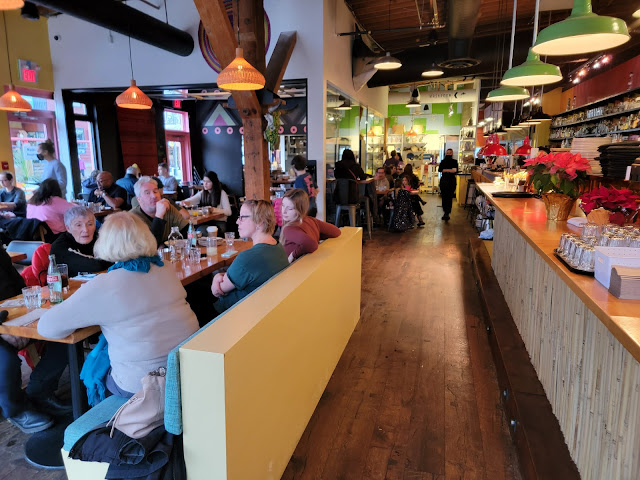