We found ourselves on Robson Street during a recent atmospheric river event (another new term for us to add to the lexicon because let's face it, it's going to be a part of our lives from now on) and ended up at the newly opened Katsuya, just east of Nicola. We seem to have been eating a lot of katsu lately, probably because we really like it and the culture that goes with it. 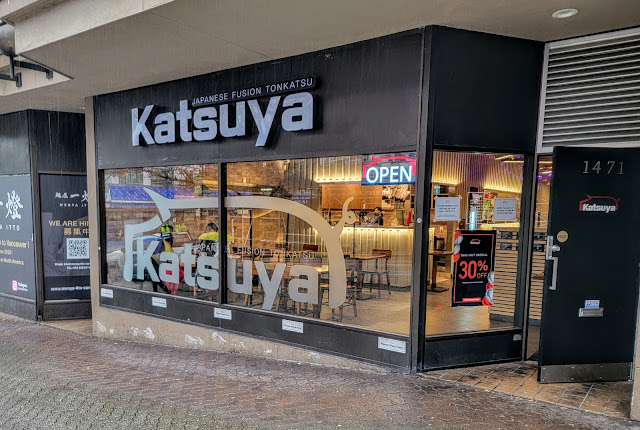 We arrived just before noon on Saturday and were seated right away which wouldn't have happened if we were going to Ramen Danbo just up the road (years in and still always a lineup). There is a lot on the menu that we wanted to try so as usual, I ordered too much. 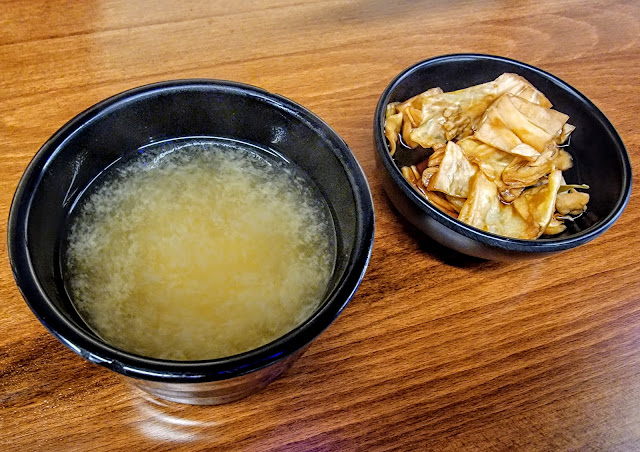 We ordered a couple of sets both of which started with miso soup and some nice spicy crunchy cabbage pickles. 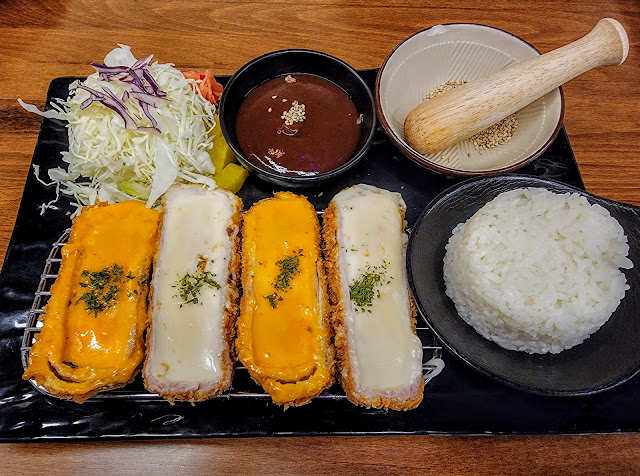 I couldn't resist the Gold and Silver Brick Cheese Katsu. Certainly, it makes a pretty picture. The cheeses (Mozzarella and Cheddar) are wrapped in pork loin and panko and deep-fried. It arrives warm and melty of course, but to be honest with you, it is just too much cheese. I feel like they would be better served by using a little more pork ( currently very thin) and using the cheese as a thinner flavouring and less of a large chunk. We always love the thinly shredded cabbage (you can ask for more) and dressing. 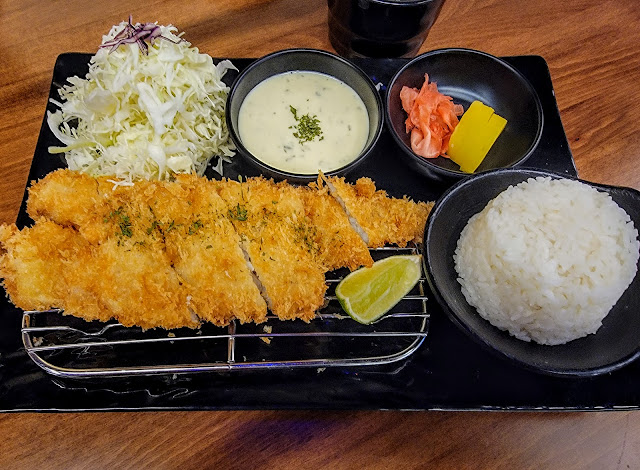 We also ordered Japanese Style Katsu with fish. The fish was very delicately cooked but still nicely crisp. It was maybe the best part of our lunch. We also enjoyed the tartar sauce. Both sets came with a nice side of ginger and radish pickles and rice. You can order an extra bowl of rice also. 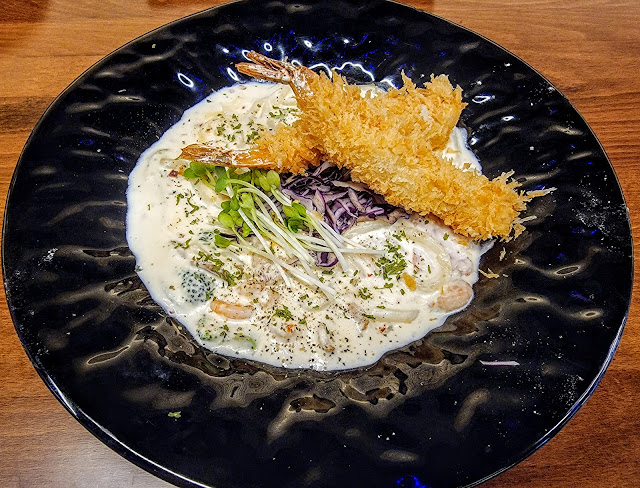 Where the ordering too much started was that we really wanted to try their Carbonara in this case served with udon. If this was an Italian restaurant, I might have been grumpy but here, it was comforting and hit the spot. The bacon (or whatever form the pork took) was a bit on the chewy and less than crispy side and not impressive but overall the dish was creamy and enjoyable. The shrimp were nearly non-existent inside a large coating of panko. 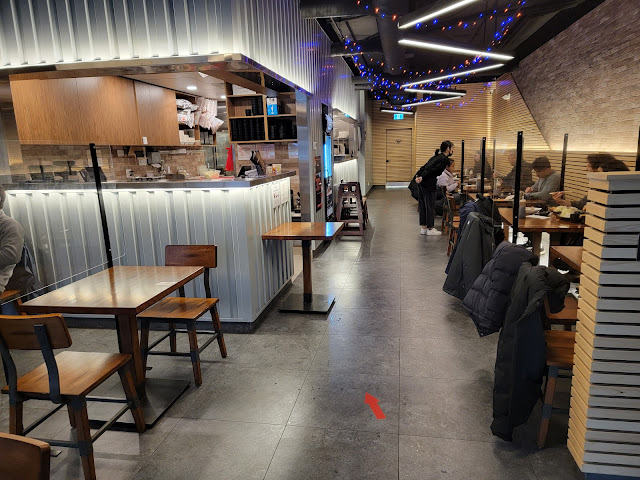