Whenever anyone references Shinjuku, I am immediately transported back to the 1980s. No, not because I had been to Tokyo but because the Tubes released their song Sushi Girl on the album, Completion Backward Principle which became one of my favourites of all time."Skating down in Shinjuku, When I smelled love in the air." Anyway, Saboten was opened in 1966 in Shinjuku and while their Aberdeen Mall outlet was the first in Canada, we found ourselves at Brentwood (is it OK if I don't call it amazing just yet?) if only for better parking. 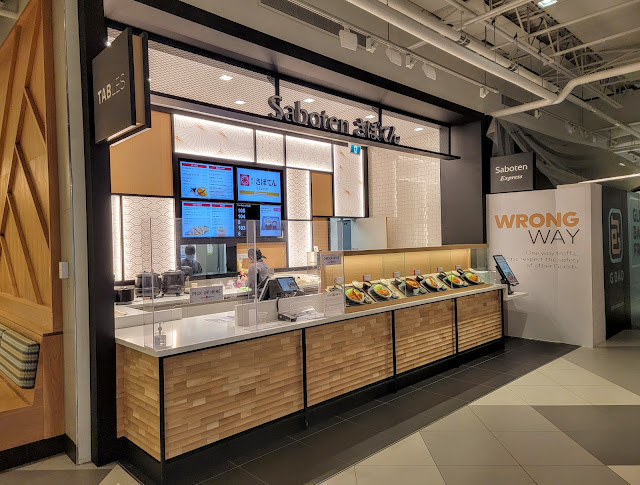 It's hard to imagine anyone not loving tonkatsu, including vegetarians (tofu tonkatsu is a thing but Saboten unfortunately, doesn't offer it). We made use of the self-serve ordering kiosk and watched for our order number to come up on the monitor. 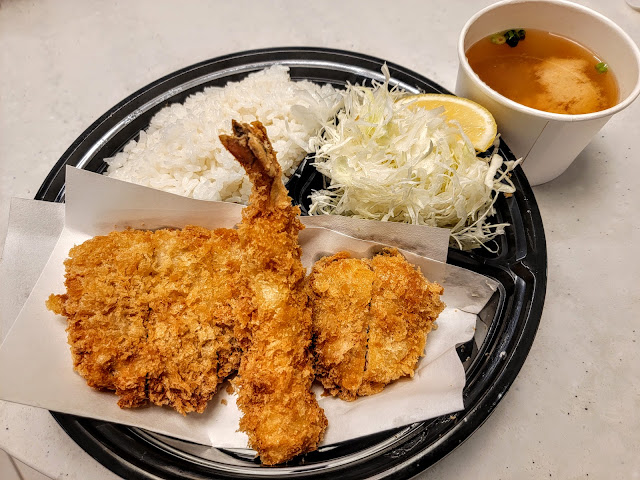 We started with the Saboten Set which is a pretty sharp combination of everything that you need. It consists of one piece of shrimp, one of pork loin and one of pork tenderloin with rice, shredded cabbage, miso soup and pickles, tonkatsu sauce and sesame seeds on the side. The proteins were all nicely cooked with a crispy panko coating. Even the shrimp which logistics require is previously frozen has some nice texture to it. Very tasty! 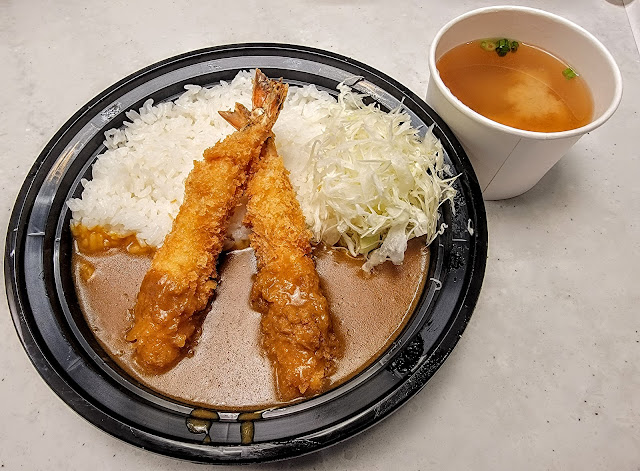 They do Japanese curry at Saboten also so we tried the Shrimp Curry. Same set up as the other as far as sides go and again the shrimp were pretty tasty for what is basically fast food. It wouldn't hurt my feelings if the curry was a little bolder but Japanese curry is a fruitier and milder sauce than say, Indian of Thai curries. 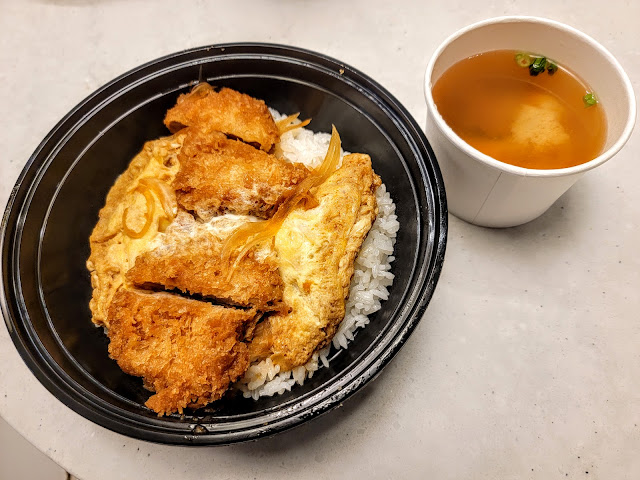 Finally, we ordered Pork Loin Donburi.  The donburi was tasty and comforting with egg and onion in the mix. Also came with miso soup on the side. 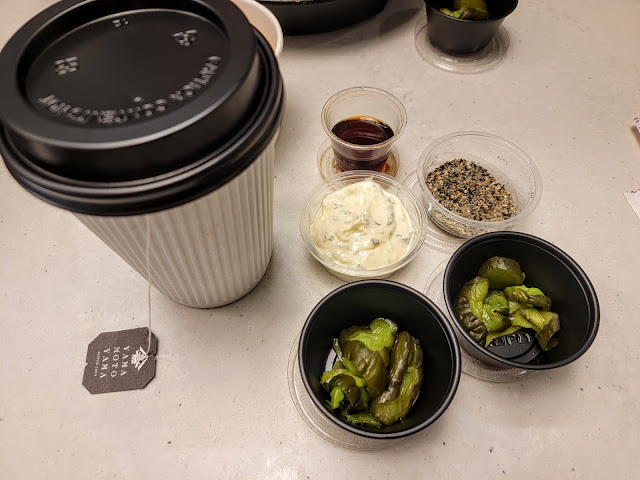 One of my favourite and the most surprising thing was the pickles on the side. These were gingery which is a whole unexpected taste but great! They tasted like the pickled ginger that accompanies sushi but these were cucumber pickles. I asked where they are from (I wouldn't mind having a jar) but they come from Japan. We will have to look around for them. 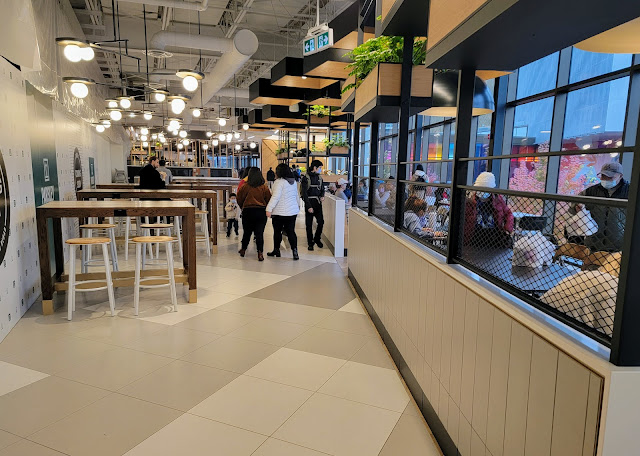 We notice that there is no chicken, beef or tofu on their menu at Saboten but that is OK except it would be nice to offer a vegetarian option. They keep the menu simple and do pretty good at what they do! Their prices are quite reasonable also.
'Tables' has a ways to go with lots of new places in the works. It is comfortable and not hard on the eyes in terms of colours and lighting on so on. So far we find it to be a step above many of the Asian mall food courts as far as comfort and decor but it is too soon to decide about all the different edible offerings.
Food             3 out of 5
Comfort        3 out of 5
Service         3 out of 5
Value            3 1/2 out of 5
By Yes! We're Eating Vegan Again! at October 30, 2021
Email ThisBlogThis!Share to TwitterShare to FacebookShare to Pinterest