I have to admit that this visit all hinged on the fact that Pourhuse has a Scotch Egg on the menu. So, even though it was served first, I am going to comment on it last, obliging you to read the whole posting first (in case you don't know how to scroll). 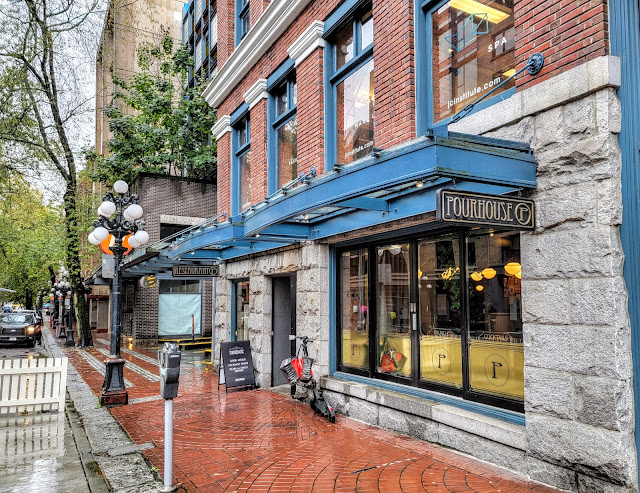 Pourhouse is located on Water Street in Gastown. It is in one of those beautiful heritage buildings that make Gastown what it is, namely a haven for tourists and overpriced tourist trap restaurants. I am not putting Pourhouse in that category. I'm just saying that you need to pick and choose. 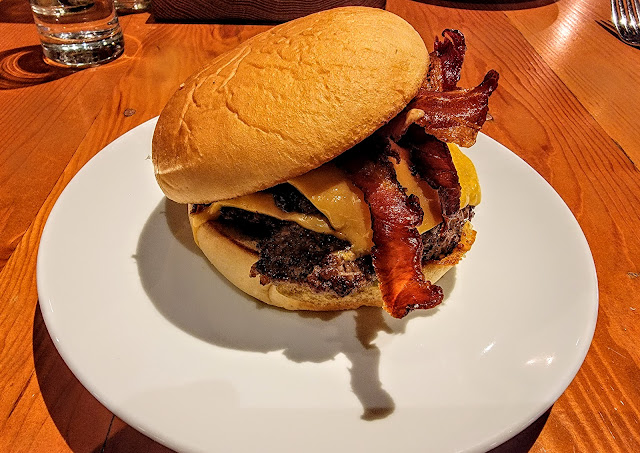 Failing to follow our server's advice to order the Pourhouse Burger (always listen to your server), we went with the Double Bacon Cheese Burger. The trade-off was that this was a smash burger but the PB comes with pork belly confit! How can we decide on something like that? The DBC was a great burger! I admit that the whole smash patty thing has me in its grasp and this was perfectly done with the crispy bits and all. The only problem with this burger was that the bun was cold! I mean, it was a good soft bun but untoasted and not even warmed. Could that have been an oversight? 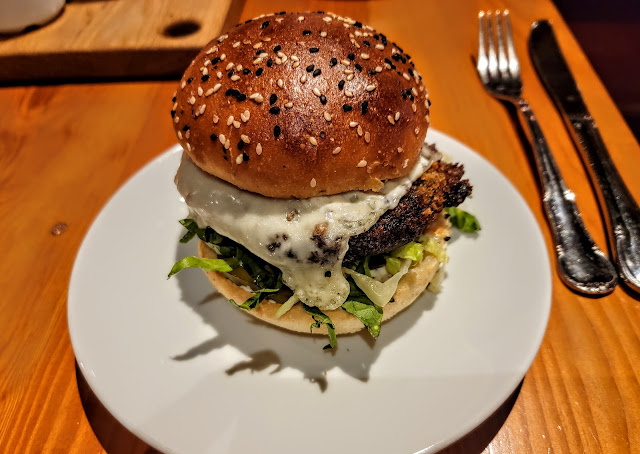 We wouldn't ordinarily order a burger with a portabello as the patty (unless it's Veganuary) but the Dirty Portabello Burger has a 'crispy' portabello! This was an inspired use of the mushroom. Bread crumbed and deep-fried it was excellent, being a sturdy piece of fungus and able to stand up to the treatment. They added some Swiss cheese, truffle mayo and so on and the result was full marks! 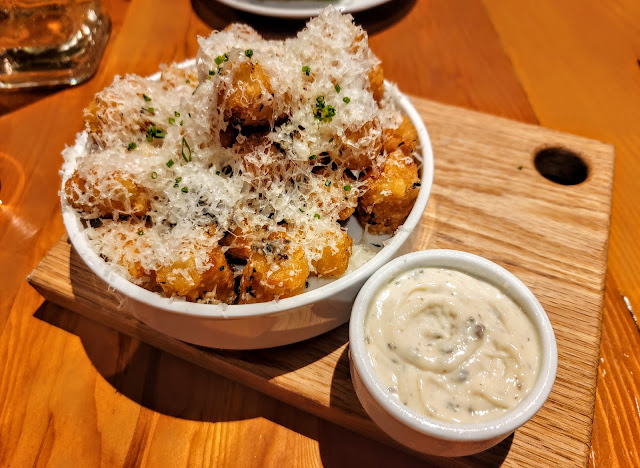 Once and a while, I cook frozen tots and home and they never turn out quite as crispy as PH's Truffle Tots. I assume that they deep fry them. Add some Parmesan, lots of garlic and serve with truffle mayo on the side and you have something kind of special from something simple. 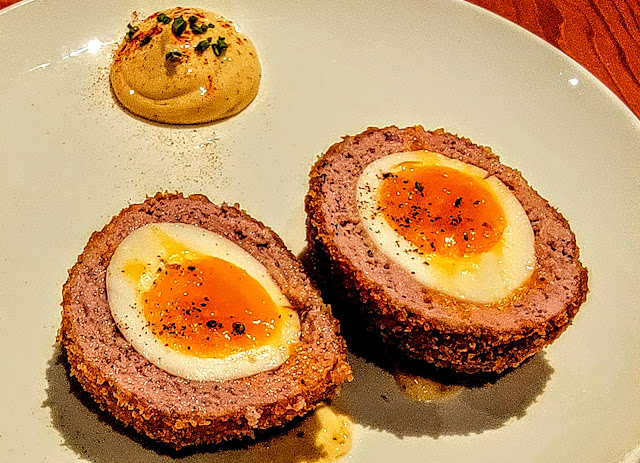 As promised, we started with the Scotch Egg (and I'm ending with it). Admittedly, this is why we came to PH. Now, we have never actually had a Scotch Egg before but the concept was so awe-inspiring that we just had to try it. A soft-boiled egg, wrapped in sausage, crumbed and deep-fried holds the promise of a fatty, crispy, comforting and delicious small bite. And to be sure, it did fulfill the promise and was a delicious start to our meal at Pourhouse. The only thing is that I felt like the sausage itself was not as flavourful as I had anticipated. The fennel sausage could have had a bit more Italian seasoning and even a bit more texture would have been nice. That being said, I have nothing to compare it to except my fantasies and they were mostly fulfilled. 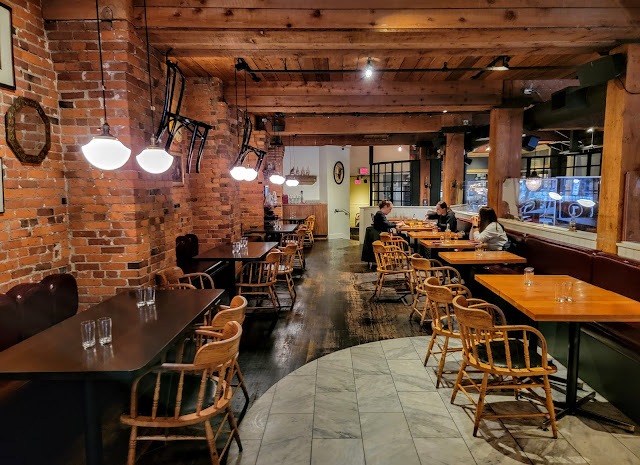