As of today, the subtle cheekiness and Filipino-inspired tasty eats of Shameless Buns will be available from their new forever home at 5772 Fraser Street in Vancouver! Don't panic though! The iconic and beautiful jeepney will still be out and about serving mostly the same treats! It's just that now you have 2 options! 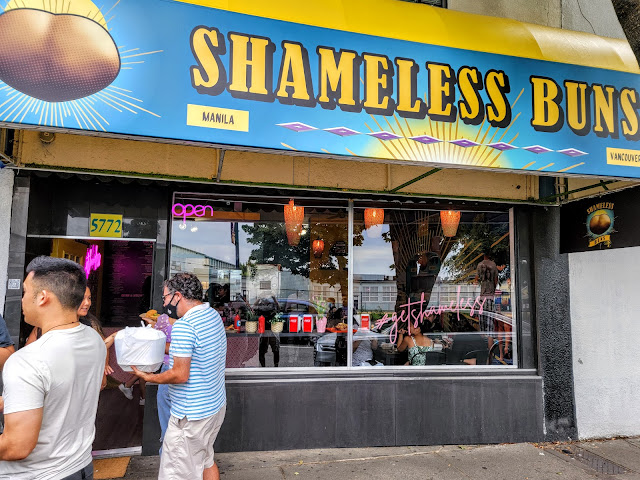 We were invited to the media opening on Friday (Do you hear that you 8 or so people who read this blog! We are media! We are pertinent!) and treated to a couple of new menu items as well as some of the old favourites. The event was pleasantly chaotic when we were there with a DJ and a lot of other social media people that I don't know personally but probably follow somewhere. 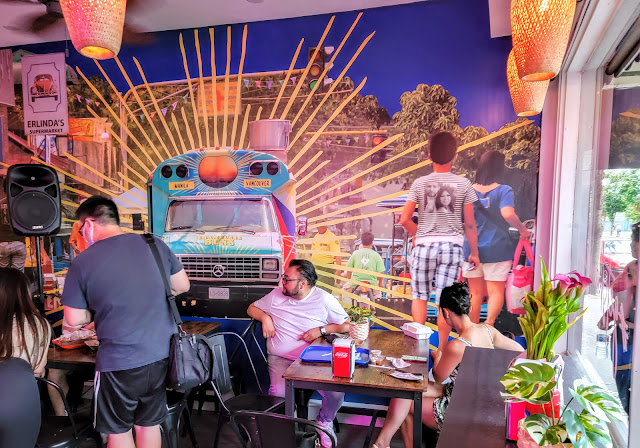 The new restaurant will probably seat 16 to 20 people when the DJ is gone, including a window seating bar. If you look closely at the photo above, you can see our hosts (and owners) Corvette and Matt, in a photo on the back of a young fellow's t-shirt in the wall mural! 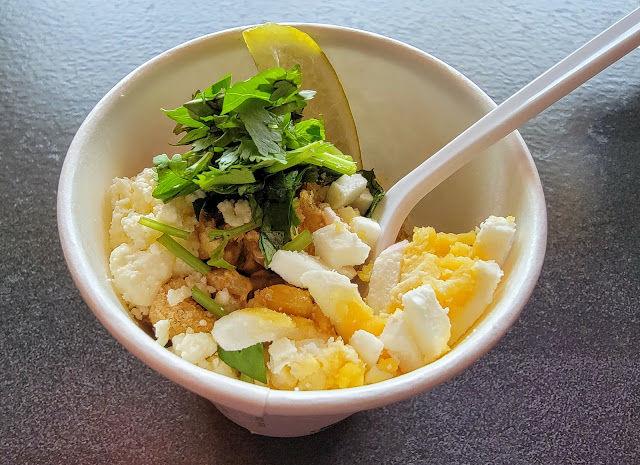 We started by trying a couple of their new items. This is a variation on elote and who doesn't love Mexican street corn? Called the Corny Pinoy, this boasted the addition of salted egg and chicharron to give it a Filipino twist. To my mind, salted egg yolk is one of the greatest unsung heroes of Asian ingredients and it is a wonderful addition here. 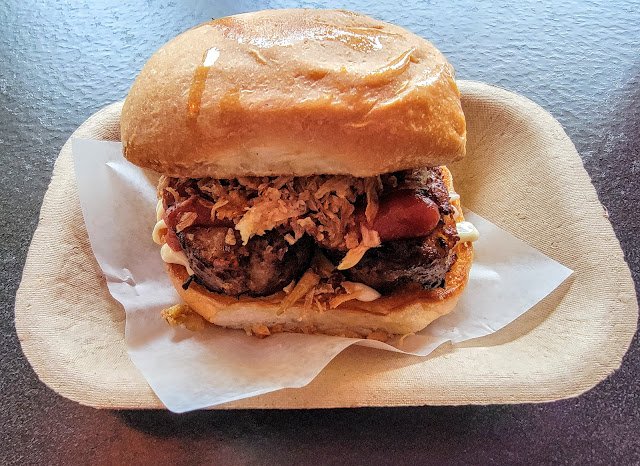 Next up was the new embudito sandwich called, Tita's Meatloaf. I'll admit that I should have paid more attention here but we just greedily wolfed it down as it was so good! Filipino meatloaf might typically have, in addition to ground pork and shredded veggies, raisins, sausage and boiled egg but alas...didn't pay enough attention. Served on really good pandesal which is the slightly sweet Filipino bread, it is finished with shallots and garlic calamansi aioli! Very nice! 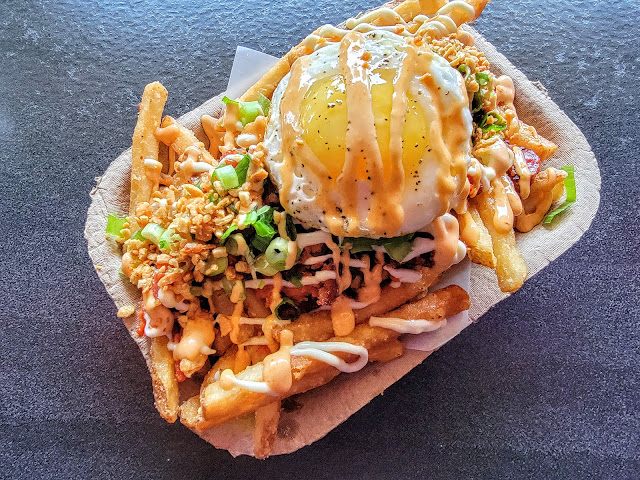 These guys have always done great things with fries. This is the Sauage Party, a standard on their menu but something we have not tried. Sinigang is a citrusy (tamarind) salty Filipino spice mixture that gives this its distinctive taste. With lots of chunks of longaniza sausage, fried garlic, more aioli and a "sexy fried egg" this is another winner. 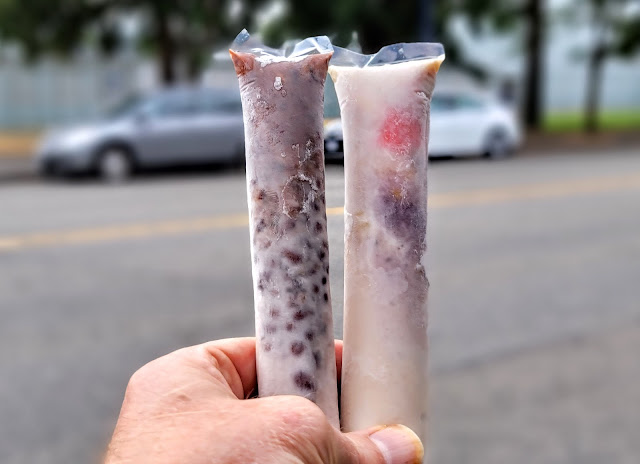 My wife sold ice candy as a little girl in the Philippines! Ice Candy is the creamy Filipino version of a popsicle but so much more! One of these is red bean and coconut flavoured while the other is the Filipino favourite halo-halo flavoured. They are a very tasty and rich ending to a lovely meal. You might guess that I struggled a bit to get this photo (because the one I am posting is not great) but maybe if I had a real camera like most of the real media people! 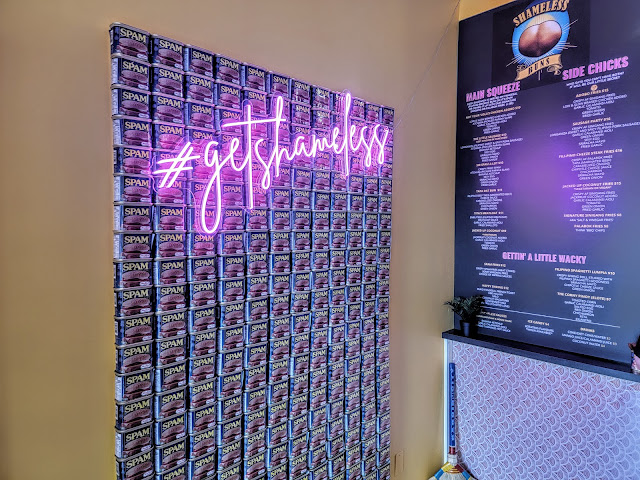 It's hard to believe that it has only been a little over 2 years since Shameless Buns burst onto the scene! With their own line of Filipino-style sauces, a berth in "The Ultimate Spam Cookbook" (btw, my Dad is fond of saying that they used to dream of having Spam on the table. All they could afford was Prem!) and the Filipino forward market events that they have organized, these guys are a force for Filipino-Canadian interests. We wish them continued success but a part of me already wants to ask; What's next?
Food               5 out of 5
Comfort          5 out of 5
Service           5 out of 5
Value              5 out of 5
By Yes! We're Eating Again! at August 07, 2021
Email ThisBlogThis!Share to TwitterShare to FacebookShare to Pinterest