There is something just exotic enough about green beans on a sandwich to send me out of my way to get it. Of course, we have had Churrascos before in Metro Vancouver but we were anxious to try them at Puro Chile on Denman. 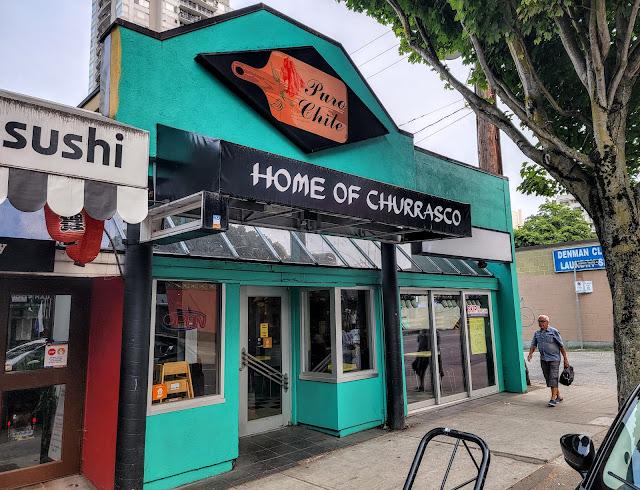 PC serves what I would call Chilean fast food and I admit that I don't have much to compare it to, having never been to Chile or even eaten at a Chilean restaurant as far as I remember. 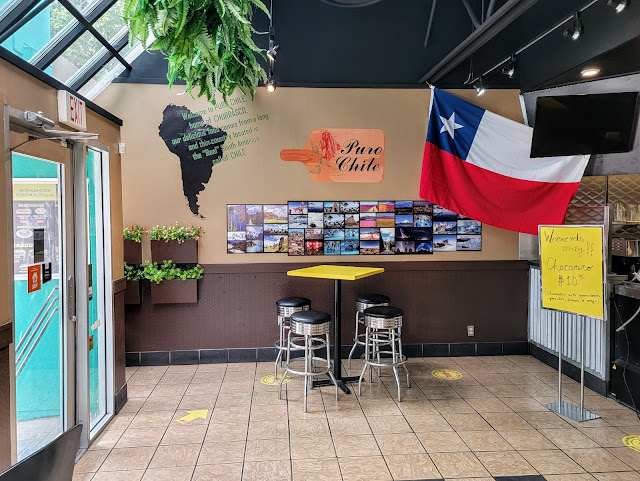 Its an order at the counter and they deliver your food kind of place and the staff were friendly and helpful enough. Management is indeed Chilean but the folks we met were not, which is fine. 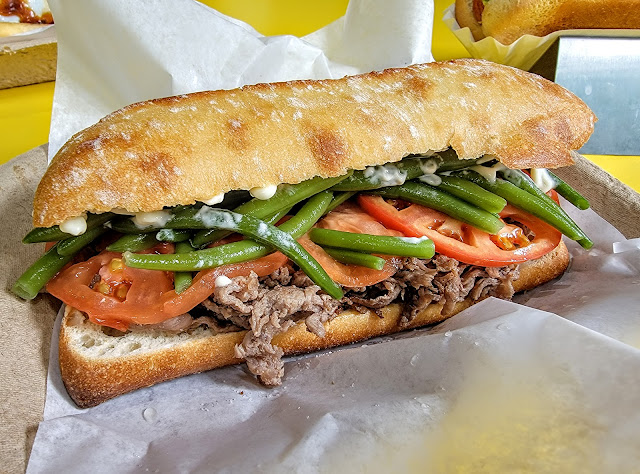 We started with the aforementioned Churrasco (Chacerero is the one we ordered and available only on weekends) which was tasty enough. Shredded or thinly sliced beef, tomato and green beans with mayo on ciabatta that was just nicely chewy. We weren't blown away but it's a nice combination of flavours. The beef could use some work and maybe a bit of salt would have done it. The green beans provide a nice crunch that might otherwise be provided by lettuce or cabbage so this is kind of a step up as far as flavour and creativity are concerned. 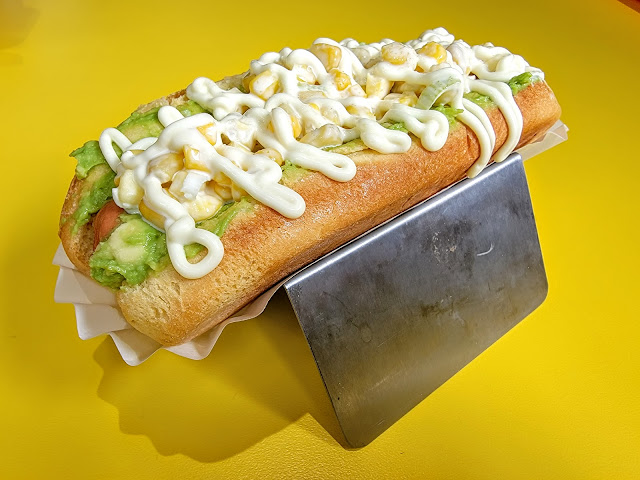 Every once in a while I get the idea that a hot dog would be a good idea and it never is. I can't blame that on Puro Chile other than for the fact that the pork wieners on their hot dogs are jumbo and even regular-sized weiners make me queasy after a couple of bites. We ordered the English Bay which came with avocado and corn which did not help. It is sort of a neutral flavour profile all the way through. Should have ordered the Completo which is apparently the most traditional Chilean version. If you like hot dogs, you should definitely try these. 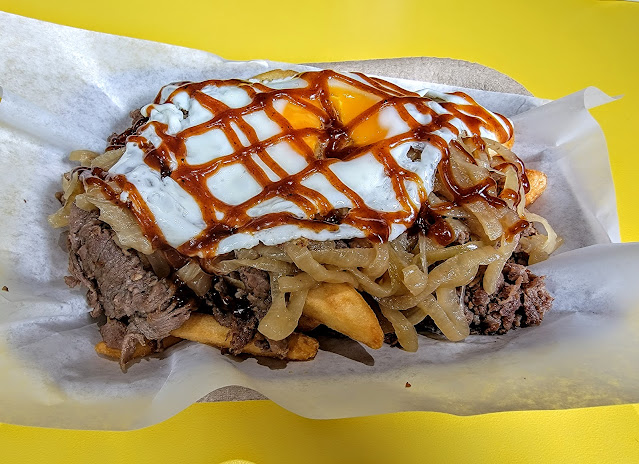 Chilean poutine? No, not really. It starts with French fries but that's where the similarity ends. Topped with beef and onions, fried egg and barbeque sauce, Chorillana doesn't seem so much like a cultural icon as much as some tasty stuff that you just throw together when you're hungry....I guess that is kind of like poutine also. It was tasty enough but again, the beef could use some work. It was just not that "beefy". 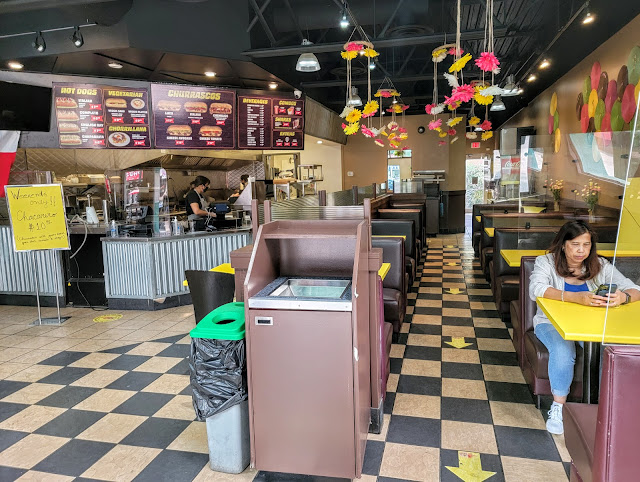