I'm ashamed of myself for mostly ignoring this little Aldergrove gem in the 5 or 6 years that I have lived here. I'm not sure how long Veronica's has been here but photos inside the shop indicate that it is a family business that has been around BC for at least three generations. 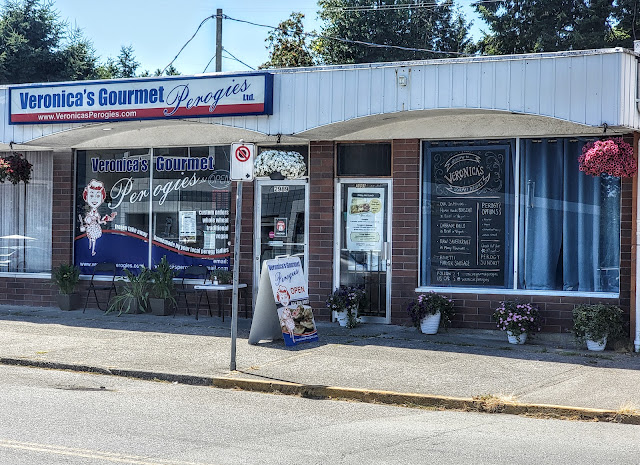 Located just south of Fraser Highway on 272nd, Veronica's does not have a dining room (and that is not just a pandemic thing). They mostly sell frozen perogies and some of the other Eastern European tasty items that you might expect to find on the same table. One day though, this sign caught my eye! 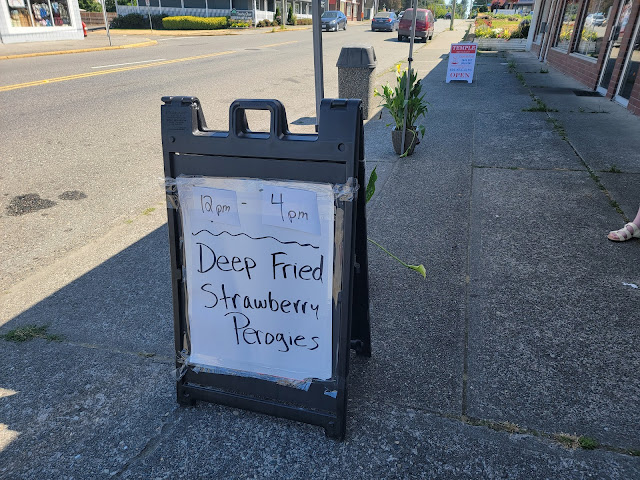 We ordered Deep Fried Strawberry Perogies on the spot because who wouldn't? These, we picked up 10 minutes later and rushed home to greedily consume them! 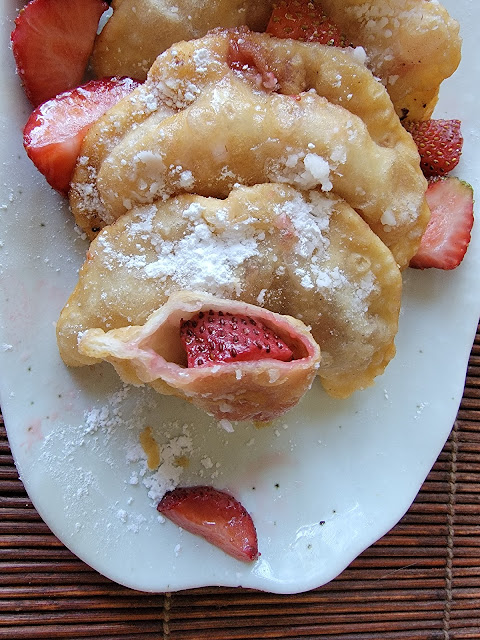 And they were, as you would imagine, pretty spectacular! Hot and crispy from the fryer with wonderful and sweet fresh strawberries and a dusting of powdered sugar. It was at that point that I realized that I should be showing a little more love to Veronica's. Within the next few days, we picked up some more items from their regular frozen foods menu to try. 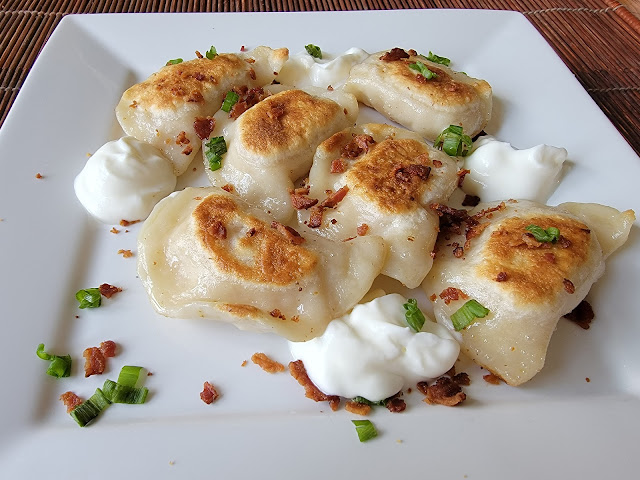 It was a little tough to chose because they build a lot of different perogies here including all the way along the spectrum from sausage to vegan with a few surprises along the way. Ultimately, we stayed simple with a roasted garlic and potato concoction in order to put their basics to the test. My late brother-in-law was a perogy dough aficionado and his own technique was stellar so I can comment on what I believe were very good perogies. The wrapper is the key as with so many dumpling-type foods from around the world. These from Venrica's were excellent being tender but just strong enough to contain the prize inside. We followed the simple directions to boil (from frozen) and then pan fry and were greatly rewarded. 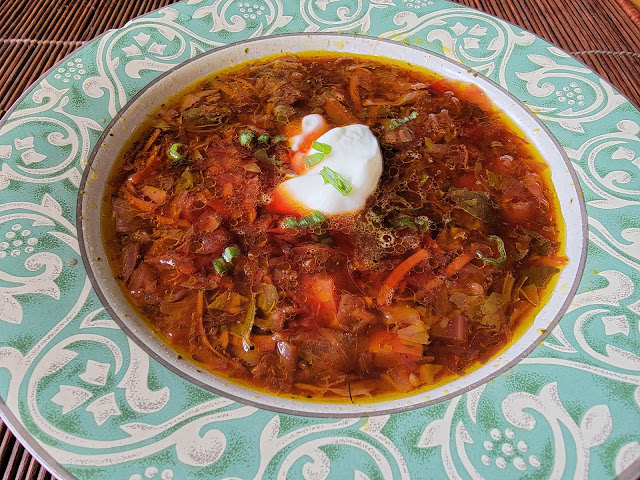 We also got some of their Borscht which was rich and tasty. There are many ways to make borscht and this one had its share of beets but was not as overwhelmingly beets. We liked it! 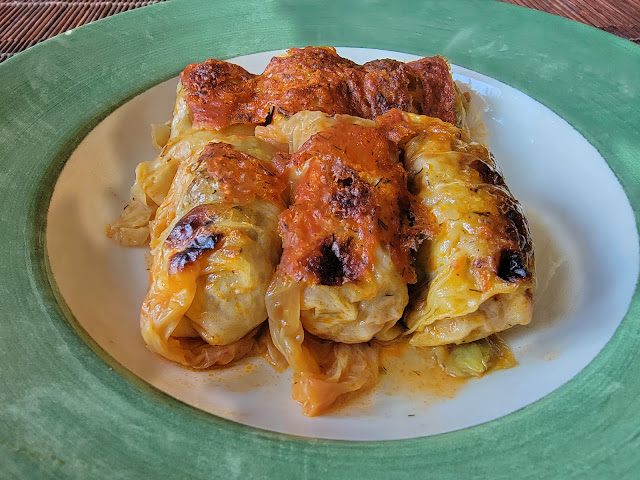 Another dish that goes so well with perogies is Cabbage Rolls and so we put Veronica's to the test. These were their beef cabbage rolls and were quite tasty.
All of Veronica's products are crafted with care. As perogies are truly labour intensive, I am impressed at being able to get them at a decent price. Of course, grocery store perogies are cheaper but come on! There is really no comparison. Oh, and on Friday, they prepare a hot lunch combo that you can pick up to go.
Give Veronica's Gourmet Perogies a try!
Food             4 1/2 out of 5
Service         NA but they were ready when they said they would be. Nice folks too!
Comfort        NA
Value            4 1/2 out of 5

By Yes! We're Eating Again! at July 28, 2021
Email ThisBlogThis!Share to TwitterShare to FacebookShare to Pinterest