This is another one of those places that I found thanks to Google Maps. What's this? A wood-burning pizza joint in Surrey? In a desert of pizza chains, 2 for 1 places and pizza/Indian food places, there is Captain's Oven Pizza! 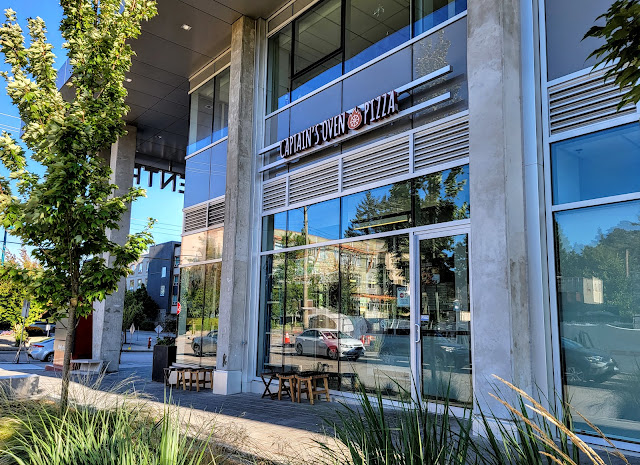 Located just north of Surrey Memorial hospital on 137A, it's not right out there in front of god and everyone (especially since the road is closed at 96th at the moment) but don't give up! 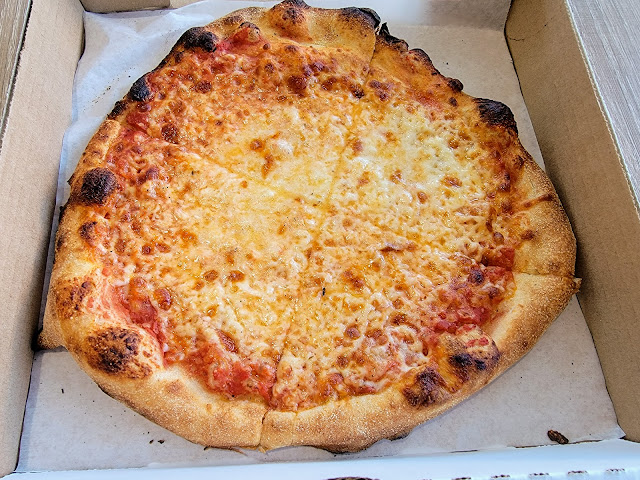 We ordered a bunch of pizza including plain cheese for one fussy youngster. To be honest, it was really good! The blazing hot oven really gave a charred and very good crust with very little to distract. The cheese gets so melted by the heat that it is almost crusty as well! 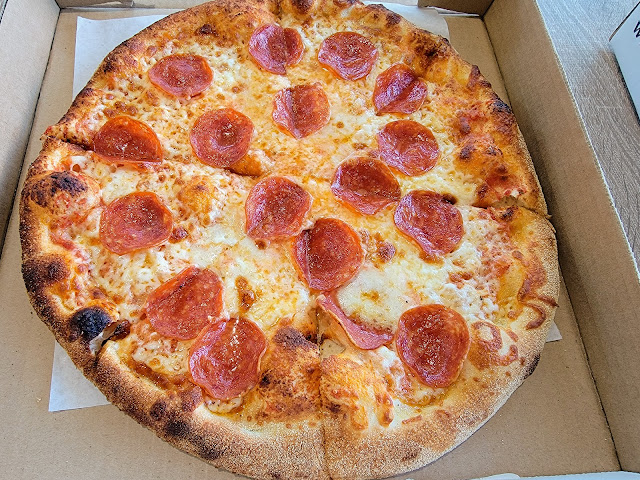 For the one-step less fussy, we ordered a Pepperoni Pizza. This was more of the same but with decent pepperoni. Again a nice little char on the crust and some nice chew. 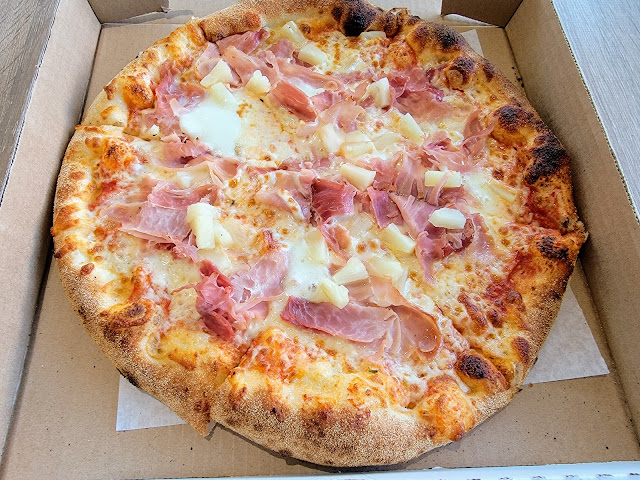 My wife and her granddaughter both have sweet tooths and like Ham and Pineapple (if not, I would never order this) and I have to say that at least the ham was shaved fairly fine and there was lots of cheese. So as Hawaiian Pizza goes, this one was not too bad. 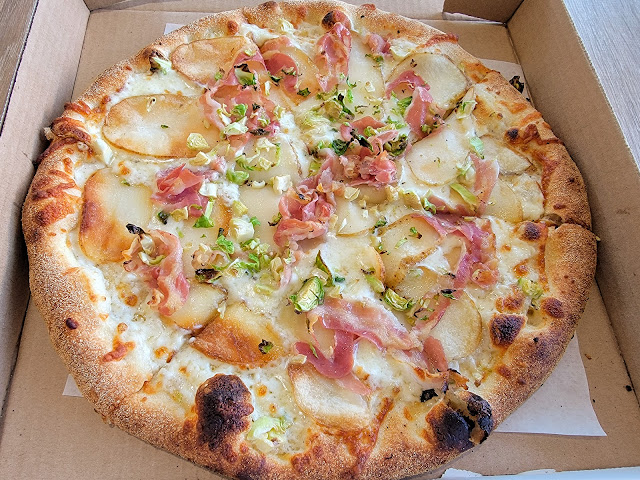 I got to go out to the creative zone at least once by ordering the Pizza Bianca Classico. I love the thin-sliced potato and Brussels sprouts on this pizza. They are certainly the surprise ingredients but the potatoes work well and brown just a bit in the high heat pizza oven, Made with Alfredo sauce, 3 kinds of cheese and pancetta, not surprisingly this was my favourite (and I didn't have to fight the plain cheese, pepperoni and Hawaiian crowd to get at it.). 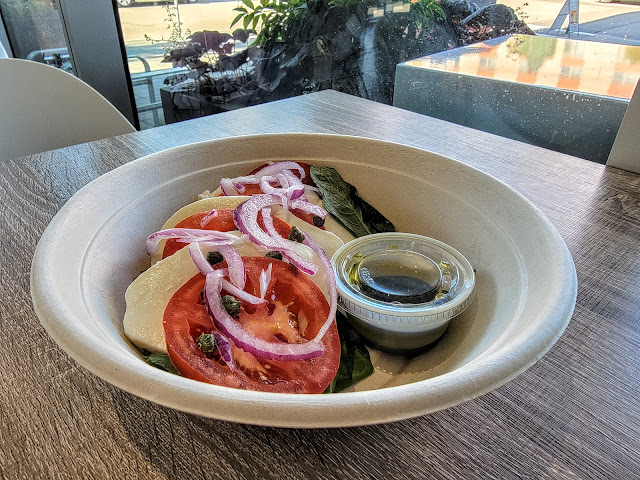 So CO has a decent selection of pizzas and not a ton of other things (no need!). I am always up for a Caprese Salad though. Theirs features some sliced red onion and capers which was not unpleasant. I did not ask but I suspect that they might make their own fresh mozzarella. 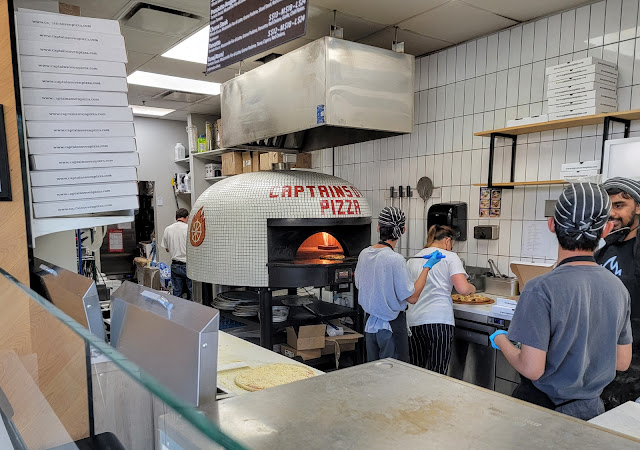 During their happy hour (3-5 M-T) their small pizzas are all $10. You save a buck or two if you happen to be looking for a weekday lunch. 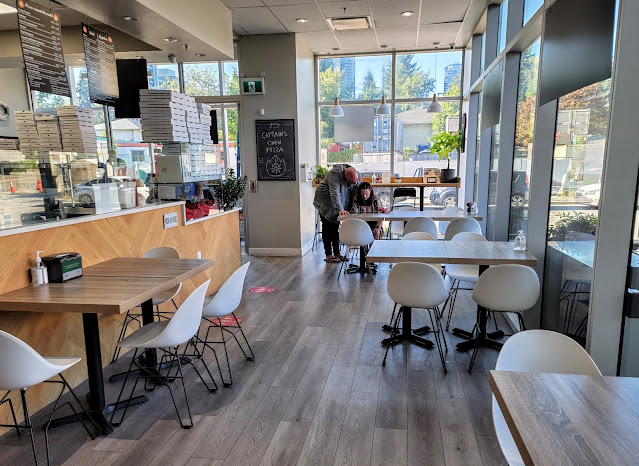