Our life quest to discover all the Birria that Metro Vancouver has to offer has finally brought us to Top Rope Birria. This really should have been our first stop but it has been a little bit of a challenge for us as Valley folk to get to TR given that their schedule changes and doesn't always match ours. Nevertheless, we made it on a Sunday afternoon when they were set up at Strange Bedfellows Brewery on Clarke Drive. 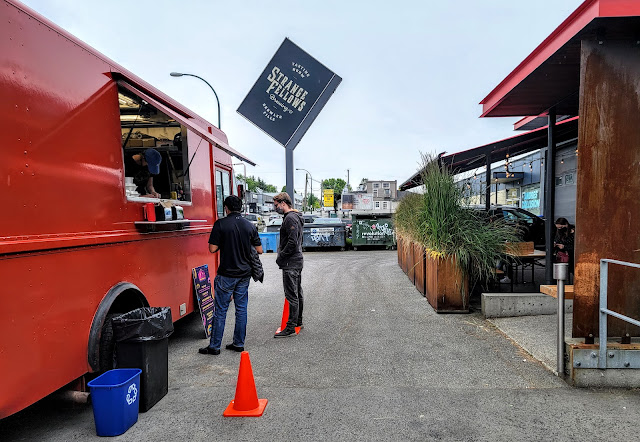 According to Kevin, who started this thing, they have just moved into a truck to call their own so while it is unmarked at the moment, it will be more identifiable soon. Our intent as usual was to order as much as we could off of their menu but we added a couple of soft drinks from Strange Bedfellows and used their outdoor patio. 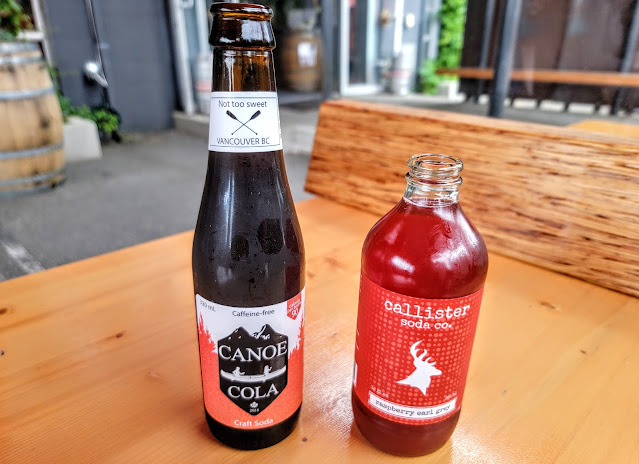 To be honest the menu at TR is not long which is fine. We were here for one thing and that was the Birria Tacos. 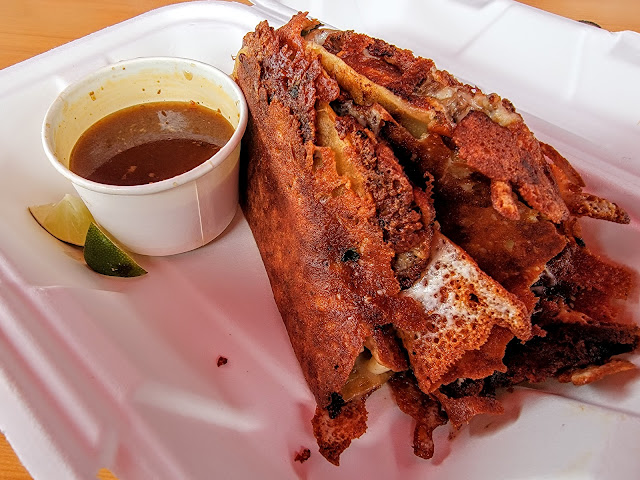 And they were things of beauty (we ordered 2 complete with cheese skirts). It is to a ridiculous degree all about the cheese and I'm not even sure why skirts are an option. Make sure you include them. The cheese is also present in copious quantities on the inside. 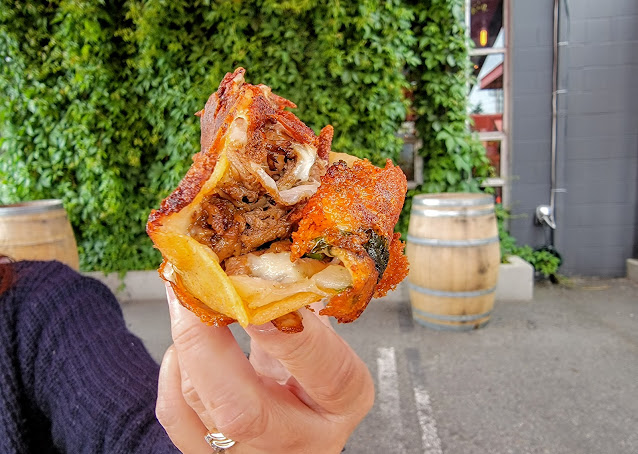 Also, the beef is also served up in the largest quantities of any of the Biria tacos that we have sampled. Make sure you get enough napkins as this is a wonderfully messy item. Mharie is not convinced that this is the richest broth that had accompanied the tacos (the Tacomio lamb broth kind of wins there) but it was still pretty great. 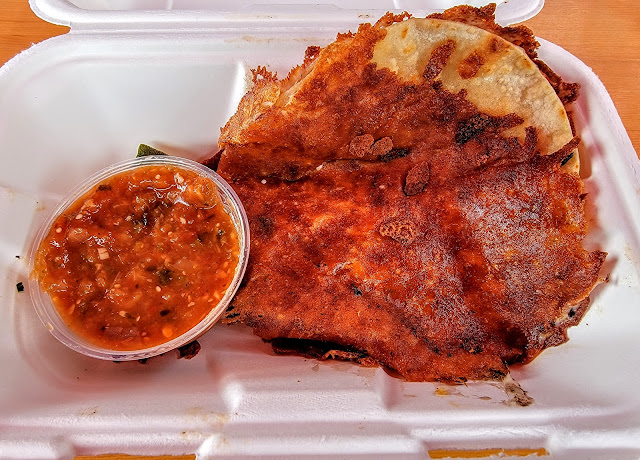 To be honest, I am already losing track of what the other items were that we ordered. One was a quesadilla that is not on the menu and was only available in a limited quantity. I think kimchi was the main addition to this. It came with a decent salsa but the clincher was again the cheese. You can see in the photo how the cheese has melted itself onto the tortilla. 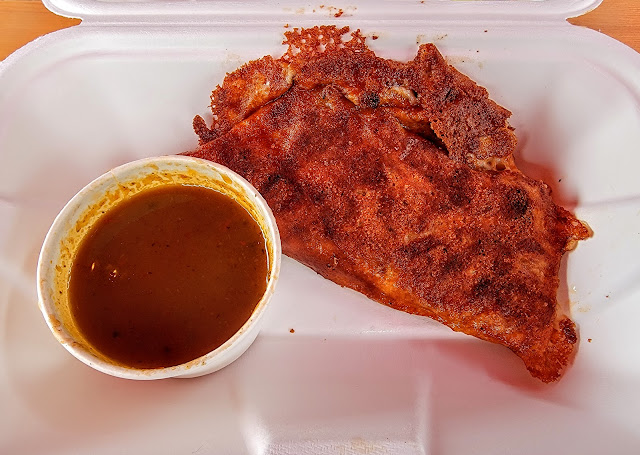 Finally, there was a veggie taco which in this case meant mushroom. The mushrooms had big savoury flavour which stood up pretty well to the big flavour of the cheese. It also came with broth for dipping.  I didn't think to ask if it was a mushroom broth. Either way, delicious again. 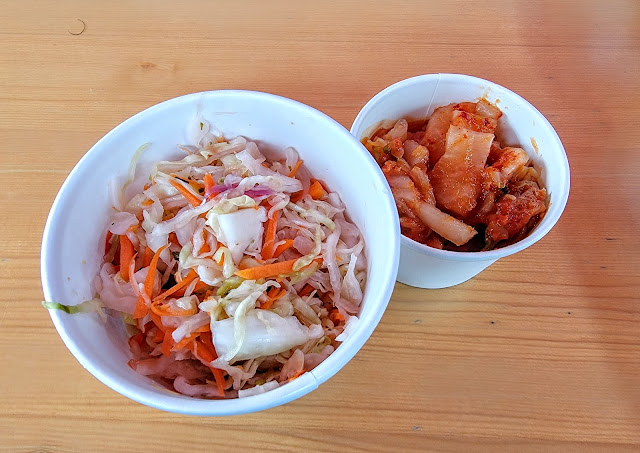 On the side, we had their pickled veggies and kimchi. Both made a nice contrast to the rich tacos. We also tried their house-made hot sauce which is excellent but be aware that it is not mild! I'm going to go ahead and confirm that these are the best birria tacos we have had in Metro Vancouver so far (although we have loved them all). Kevin dropped hints that they might do a goat meat taco at some point which would be the closest to the Jalisco Mexico original item so watch for that. Put this on your list and make a concerted effort to find Top Rope Birria.
Food            5 out of 5
Comfort       NA (pretty good if you use Strange Bedfellows patio)
Service        4 out of 5 (friendly and efficient but how do you rate non-table service?)
Value           5 out of 5

By Yes! We're Eating Again! at June 06, 2021
Email ThisBlogThis!Share to TwitterShare to FacebookShare to Pinterest