I wasn't really sure who Jay Chou is so I listened to some of his stuff on Apple Music and I have to tell you that his Bedtimes Stories album is not terrible in small doses (I was fully prepared to hate it because the genre has the word 'pop' in it as in mandopop). Also, he seems to like Liang Crispy Rolls and so do we (it turns out) so we at least have that in common. Mharie and I realized that we were going to be in Aberdeen Mall specifically to try out another place and decided to make it a two for one visit. We haven't been in the mall for at least a year and a half in our effort to avoid crowded places so it was a bit of a shock to the system (plus I hate the parkade there with a passion). 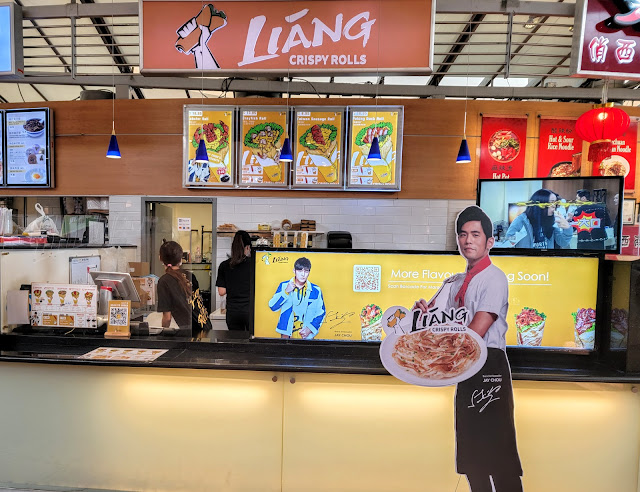 We arrived before the lunch rush which is something that I always recommend that you do (or well after if you prefer) so the line had not yet formed. We ordered a cross-section off the brief and simple menu and waited for our number to be called. 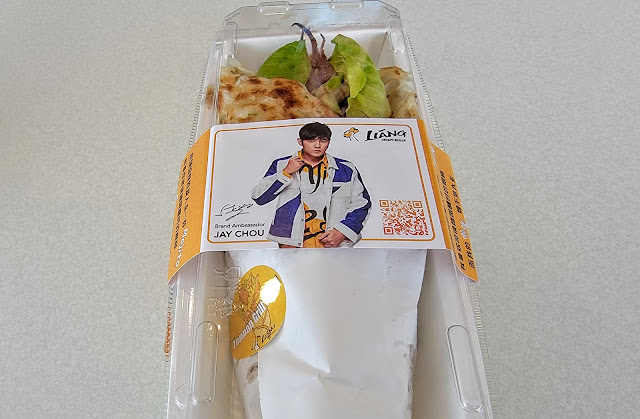 Mr. Chou's face was right on the packaging which may make the whole experience significant for his fans but we didn't even show the respect of saving it for a souvenir like a BTS MacDonald's bag. 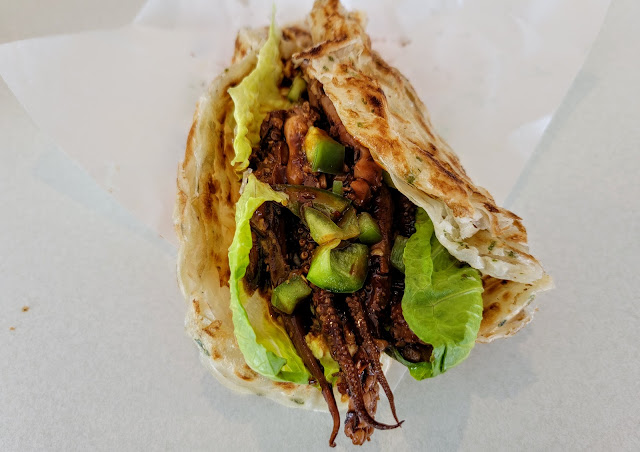 LCR serves exactly what you expect, green onion pancake (who doesn't love that) with the filling of your choice. We tried the Teppan Grilled Squid which was tender and seasoned with some variation on a teriyaki sauce (they call it house sauce). It also had some scrambled egg and crispy green vegetables to round things out. As for the pancake itself, it was very good being flaky with a bit of a nice chew. 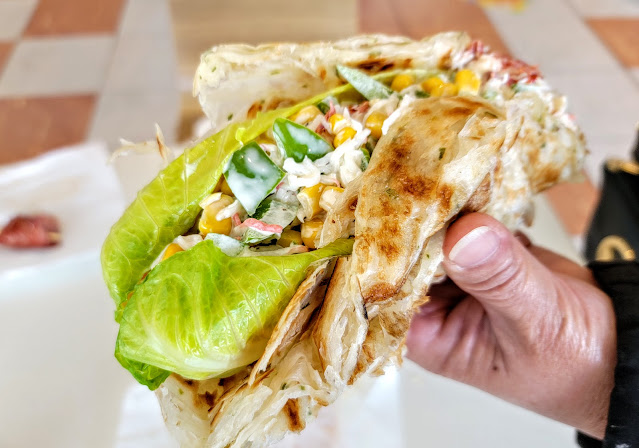 We were more than a little impressed with the Lobster Crispy Roll. At $16.95, I consider it to be a bit of a bargain considering we got 3 sizeable lumps of lobster in addition to smaller pieces. Most of it was quite tender and tasted fresh. The lobster salad was a mayo type which it should be as it would be overwhelmed by anything like teriyaki. Same lettuce etc. to round out the roll and again the crispy pancake. This was a real treat! 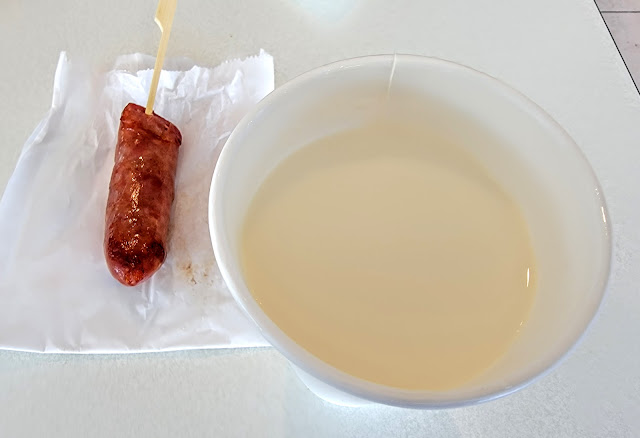 There are not a lot of other things on the menu and that's OK. We tried a combo of Taiwanese sausage and soy milk which seems a little strange but was quite tasty. 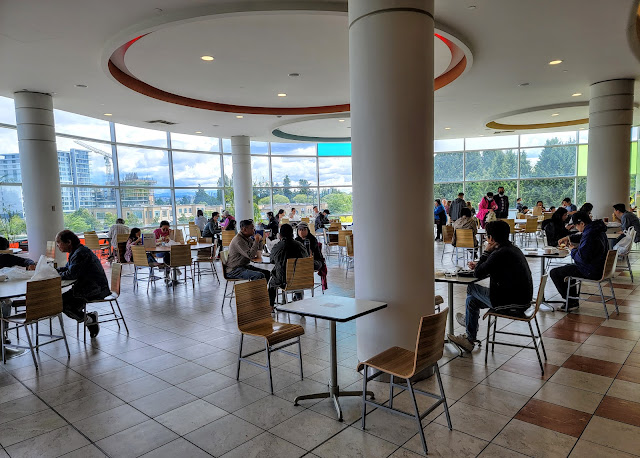