This obsession with birria tacos is turning out to be an enjoyable and rewarding pastime. Rewarding in addition to the tasty tacos themselves is the part where we visit Mexican food joints that we may never have gotten to otherwise (so many eateries, so little time) and enjoy the other surprises that they have for us on their menus. Tacomio in Strathcona is a pickup window only carefully hidden in the industrial area just south of Strathcona Park. Call your order in and they will have it ready for you when you arrive. 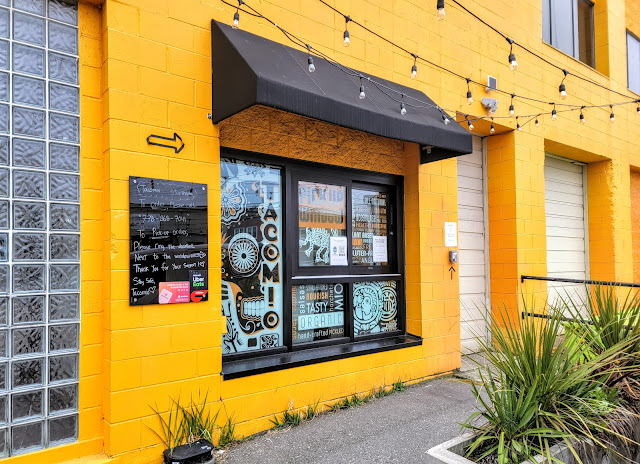 As always our first stop was the Quesabirria. Tacomio's version is 2 tacos for $12 so pretty well in line price-wise with most that we have tried. 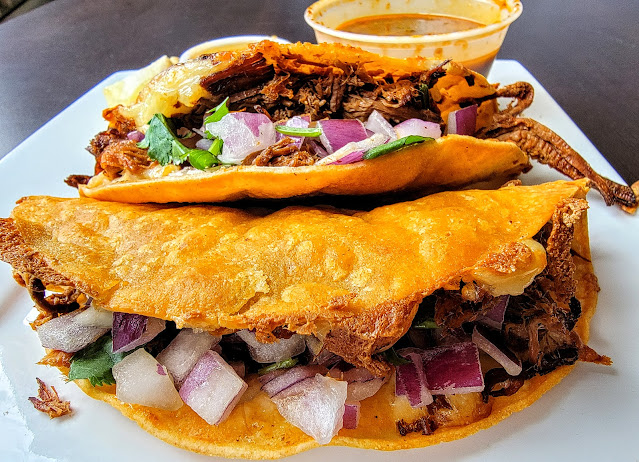 The most redeeming qualities here are the crispy fried tortillas and the generosity of the protein portion which was nicely tender slow-cooked beef. The broth was very good but not our number one (out of 5 so far). I wish there had been more cheese but these were really very good overall 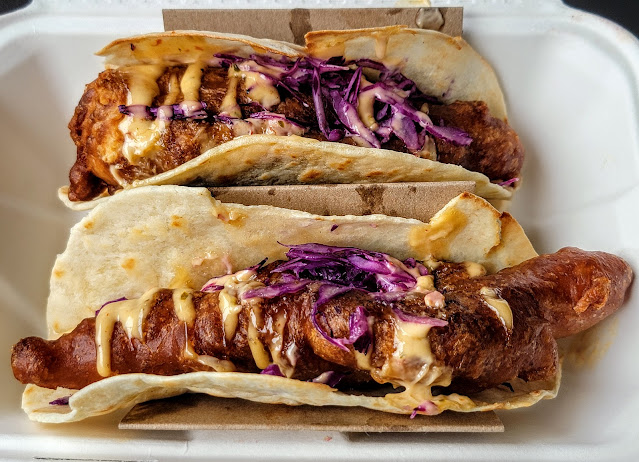 What were also startlingly good was their Wild Pacific Cod Baja Tacos. These were darkly coloured but from nicely seasoned oil and not overcooking. The result is that rich fish and chips flavour but with a nice slaw, chipotle mayo and pico de gallo. Excellent! 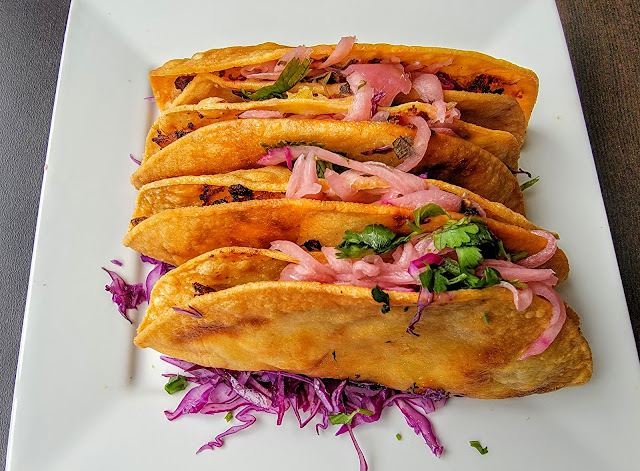 Tacos Dorado was a new thing for us. The simple filling starts with Mexican-style potatoes that is rounded out with cabbage, pico, sour cream and guac. They came as a quartet for $12 which seems like a good deal. They were nicely crispy on the outside in contrast to the soft potato filling. 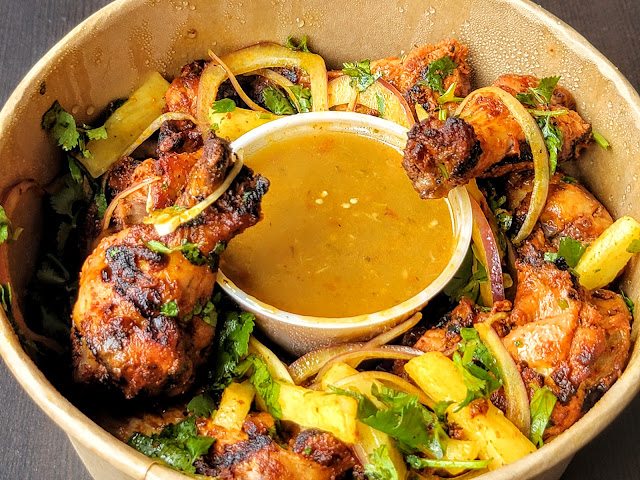 The Grilled Al Pastor Wings were a treat also. These were some tasty wings with grilled pineapple, red onion, cilantro and very good salsa. 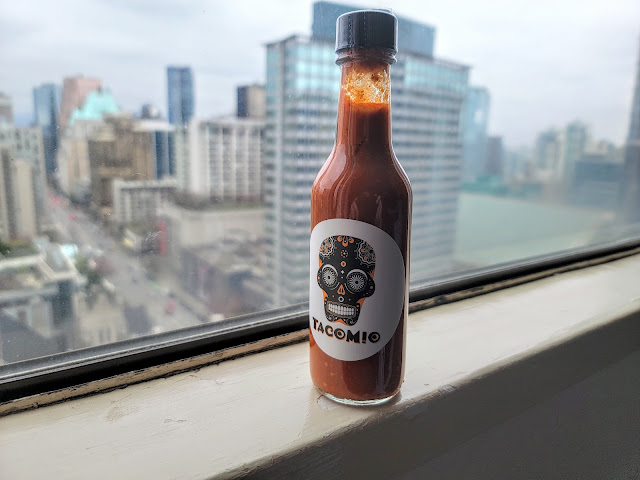 By Yes! We're Eating Vegan Again! at April 07, 2021
Email ThisBlogThis!Share to TwitterShare to FacebookShare to Pinterest