Given that Highstreet is only 15 minutes east of where we live, it is surprising that we generally head west whenever we need anything that Aldergrove does not offer. However, my parents live yet another 15 minutes east and I often end up at their place for whatever reasons (including that they are my parents) and sometimes feel like getting something to eat on the way home. So I thought I would try Ono's Sushi. 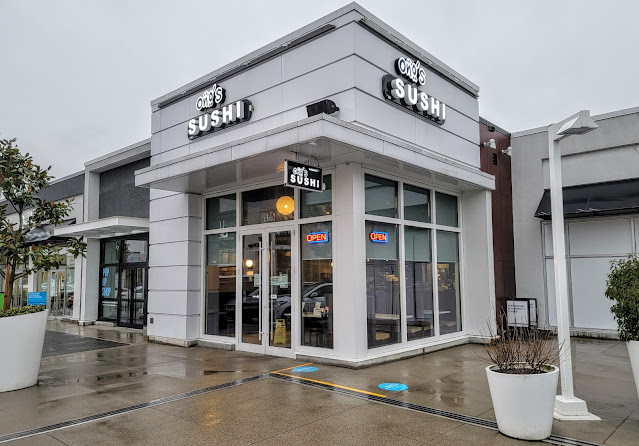 To be honest, High Street is not unpleasant as malls go and they have quite a few eateries, a few of which are worth checking out. Like most places these days, OS seems to be doing more take out than dine in which meant there was no waiting for a table. I have been a couple of times now and have been impressed both times. 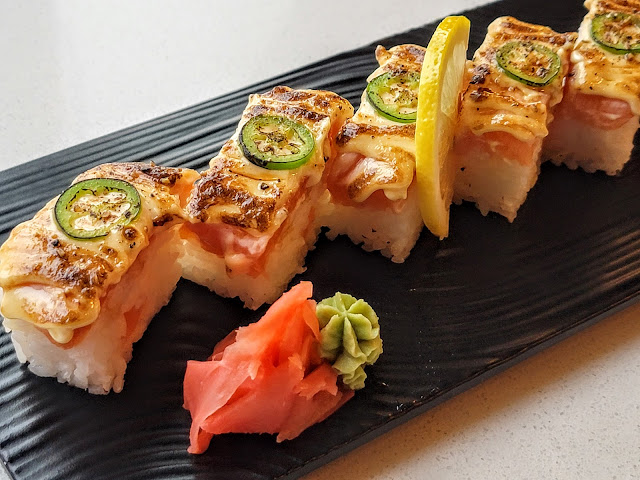 To my surprise, they offer Aburi Oshi Sushi at OS. I apologize for being surprised but I have a lifetime of considering Abbotsford (well, and Aldergrove) and anywhere east to be a bit 'hick'. I can say that since I grew up there. These days it is not as true as it used to be and this sushi was very good. Nice! 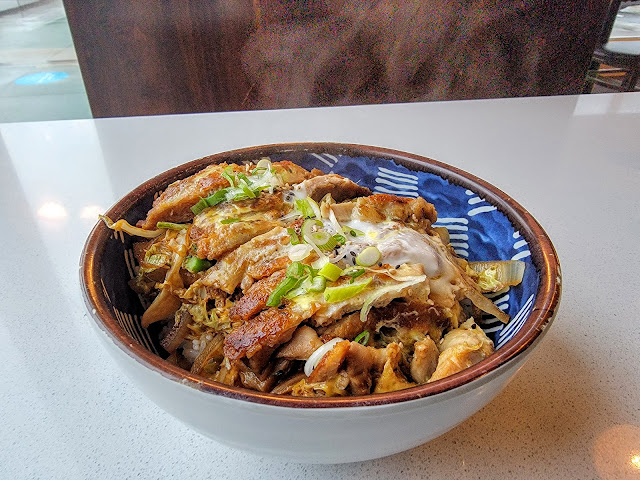 There is nothing quite as comforting as Oyaki Don and this was also really tasty and warming. The chicken was very tender and I love the rice that has soaked up the sauces from above. The egg was just barely cooked which is perfect. This came with Miso Soup and was perfect for a rainy day. 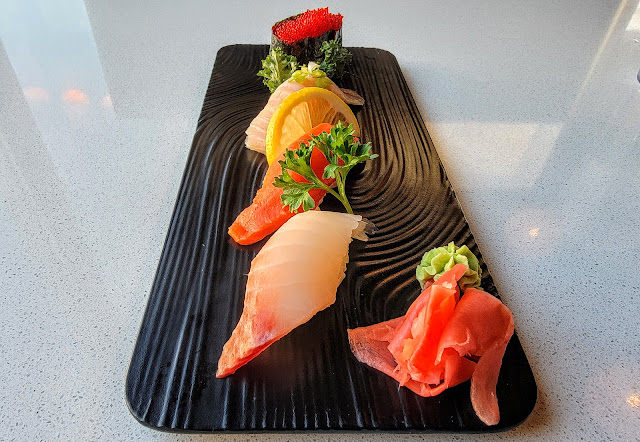 During my other visit, I decided to test their Nigiri skills and they did very well (not that I am a sushi chef). They offer a lot of rolls and other things but I always feel like Nigiri is the measure and the most enjoyable. The fish and roe were all very fresh and bright tasting and the portions were decent. If anything, there could have been more rice and as usual, there was no wasabi on the rice (I have no problem adding my own). 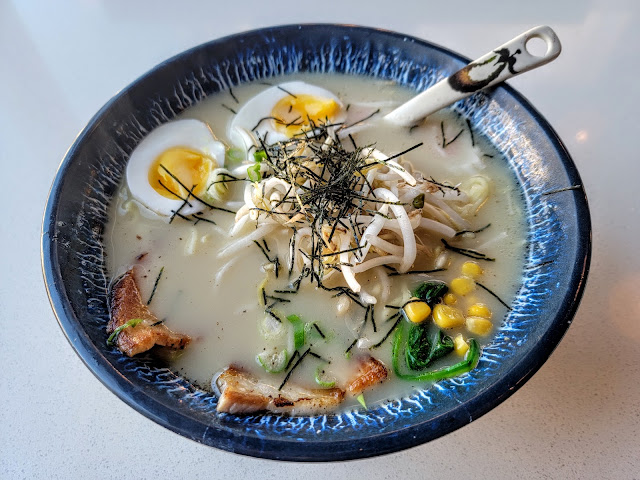 So OS also serves ramen. This is the farthest out into the Valley that I have seen it and it was very good. I had the Tonkatsu Ramen in a combo with Pork Gyoza. They make their broth in-house and it had a nice depth of flavour. It was served with lots of decent noodles and other toppings. The chashu was a bit on the slight side in comparison to some that we have had. 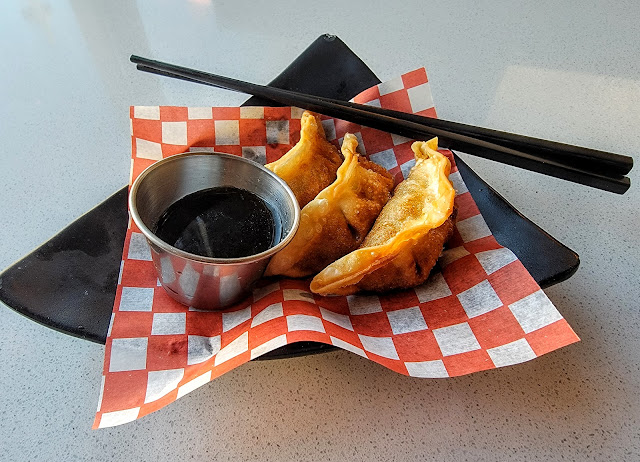 The Pork Gyoza were deep-fried and nicely crispy with a meaty filling. There were actually 4 per order but I forgot to take the picture when it first arrived! Nice dipping sauce on the side as well. 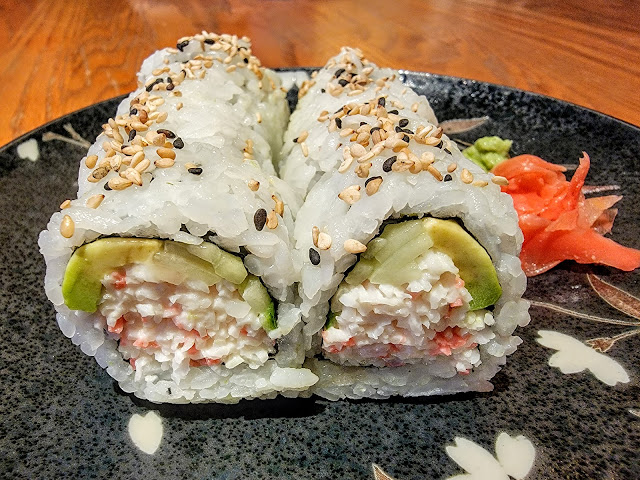 Mharie was working but requested I get her a California Roll (which I tasted, of course). It was quite solid. There is a pretty extensive menu here and I have to tell you that everything sounded good. 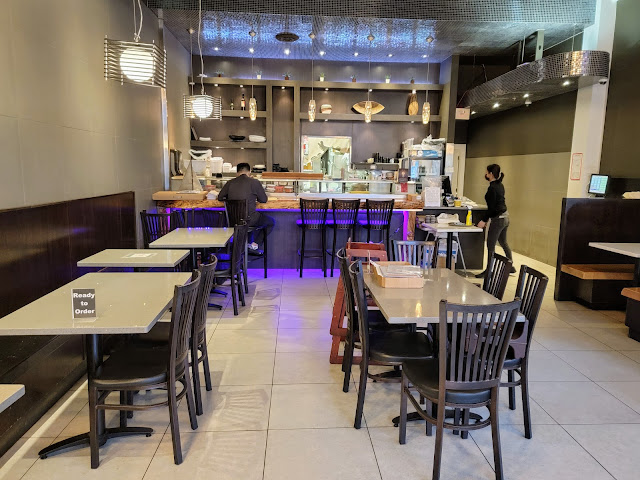 By Yes! We're Eating Again! at March 26, 2021
Email ThisBlogThis!Share to TwitterShare to FacebookShare to Pinterest