They are finally open! I have been stalking this place since I heard about it months ago! Meltwich Food Co. seems to be pretty popular in Ontario and there are locations all across Canada (maybe 2 dozen by the time all the existing and a few planned locations are all open). And now we have our first in BC! 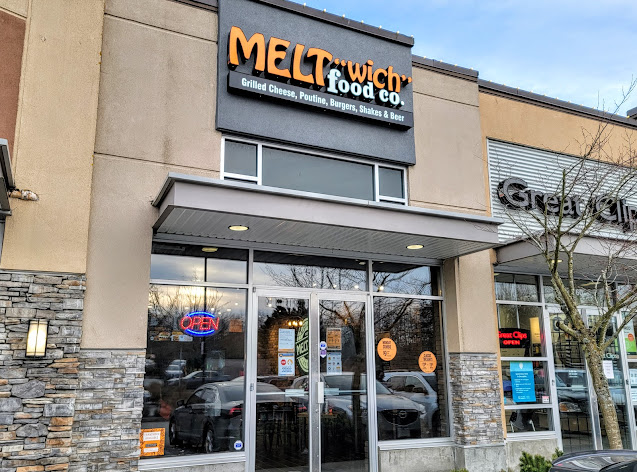 It's all about cheese! Almost everything on the menu has melty cheese in some form or other. 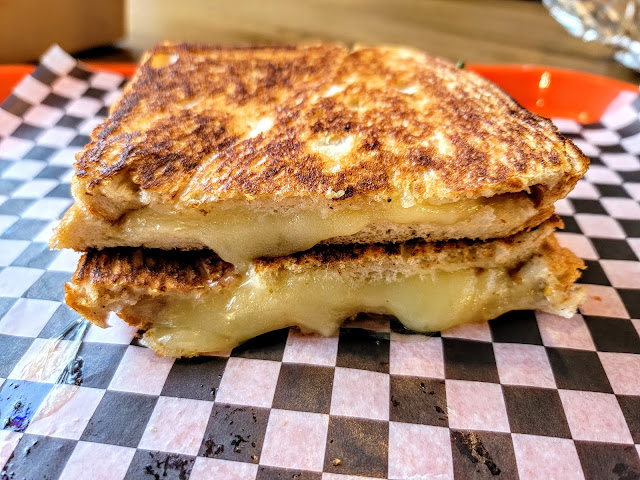 We started with a regular Grilled Cheese Sandwich with smoked cheddar on sourdough. It was $6.50 and you could probably make it at home but it was crispy and cheesy and made us happy. 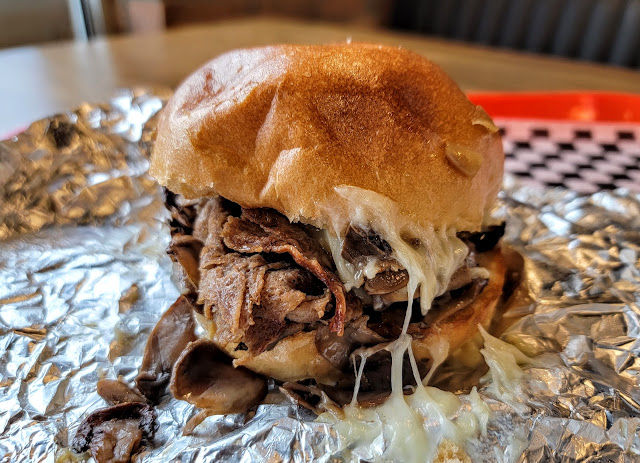 We tried a Philly Cheese Steak. The menu says "classic ingredients" which is not exactly true because classic ingredients would include a hoagie roll. I was initially disappointed but this turned out to be a pretty tasty sandwich. The sliced sirloin was tender and beefy. We were not overly aware of the grilled onions and mushrooms but the mozzarella was certainly there. I can't recall the exact price but it seemed like a decent value. 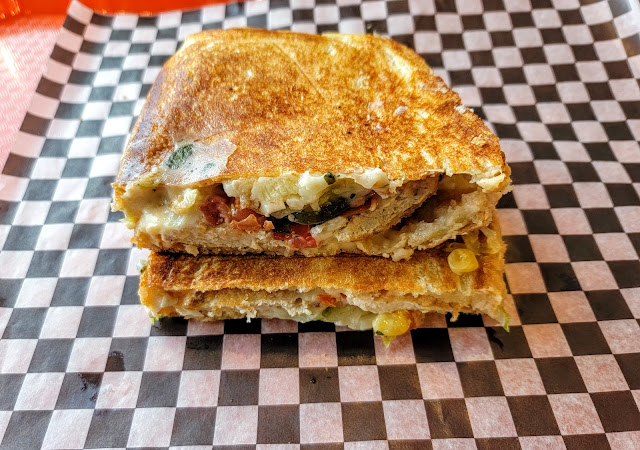 We were impressed to see that Meltwich has 7 offerings under the heading "plant-based" and not just a token sandwich or two like many places. We ordered the Crispy Nashville Vegan Melt and ended up tempering our initial impression a bit. The Nashville part seemed to be fully missing as this was just a grilled cheese with vegan chicken. It was OK but the name could be toned down a bit so as not to build up expectations so much. 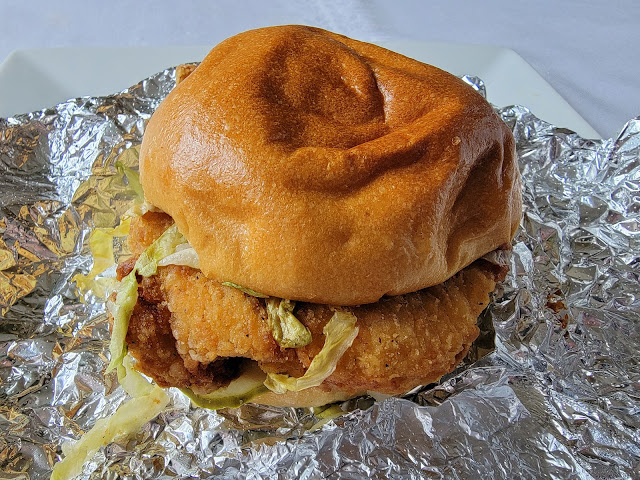 Another day, we decided to try a few more items. We got take out this time. Mharie wanted to try the Crispy Chicken Sandwich which turned out to be not too bad. It would be better to eat this one hot out of the fryer of course, but even after travel it still stood up. The advertised teriyaki grilled onions and Sriracha slaw were not really noticeable (we read it on the menu after) but the American cheese was present and accounted for. 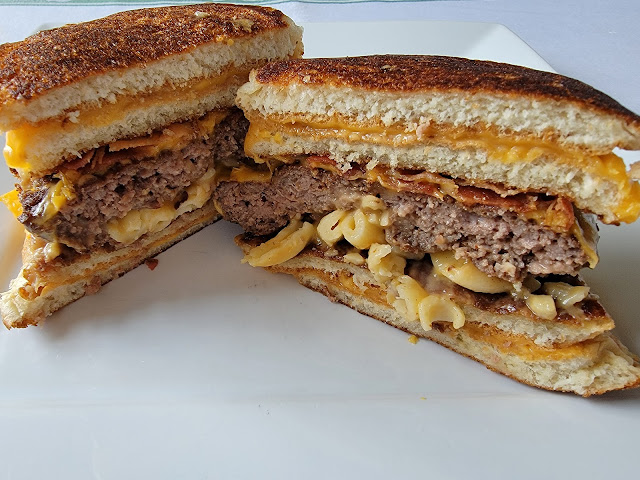 The  Monster Melt was definitely something that we knew we needed to try although monster might be a bit of a misnomer. At $14, we thought it was worthwhile. The beef was tasty and the mac and cheese, bacon and grilled cheese buns were all contributors to a pretty good sandwich. 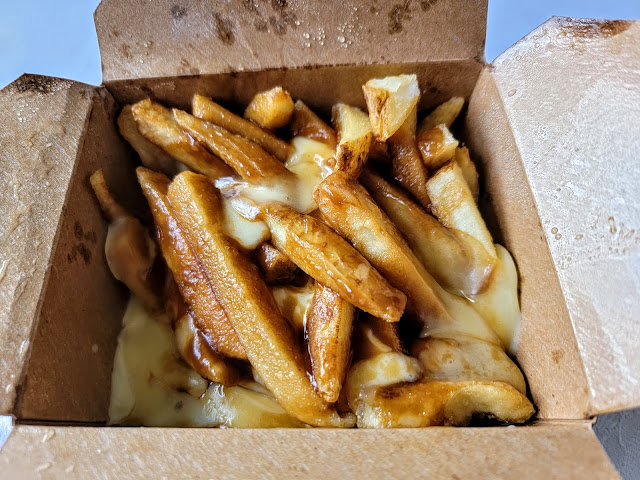 The Classic Poutine was also decent. I think this was just Mozzarella rather than curds but there was a lot of it. The gravy was beefy and the fries stood up to the toppings. This is another dish that you should eat soon after prep rather than driving it all the way to Aldergrove! 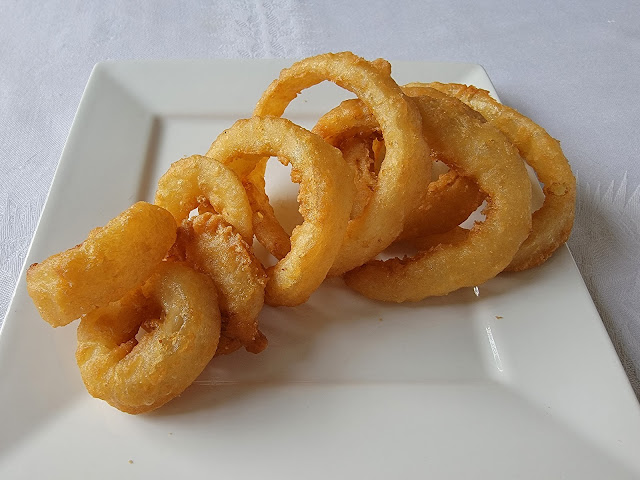 The Onion Rings were also tasty! Crispy and not greasy with good chunks of onion. 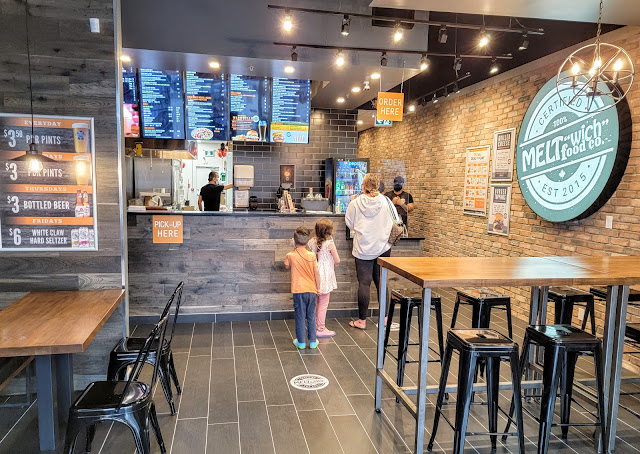 By Yes! We're Eating Vegan Again! at March 20, 2021
Email ThisBlogThis!Share to TwitterShare to FacebookShare to Pinterest