Let me start by saying that my record of showing up at restaurants and finding that they had run out of what I had come for continues! Little Mexico Cantina had a run on their Sopa De Donadores the day before and that's just the way it goes! Good for them as their soup must be very good to be so popular! The fact is that we should have discovered this place years ago! The first thing that we noticed were the accolades that they had received over the years especially for Vanfoodster Taco Challenges! 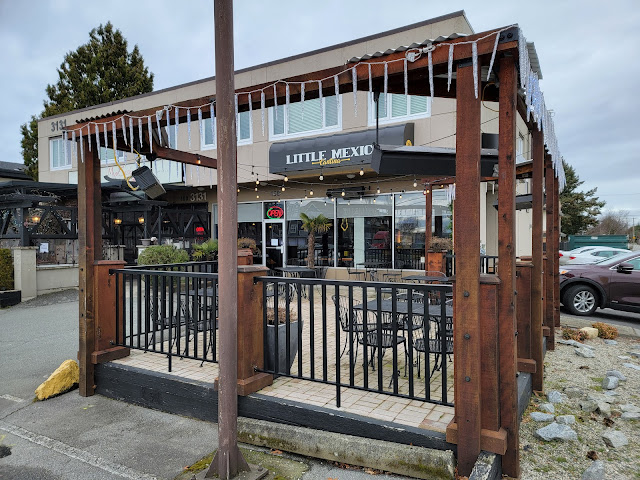 LMC was not too busy when we arrived at noon on Sunday and we were seated right away. Our host followed social distancing rules and the tables were separated by plexiglass. 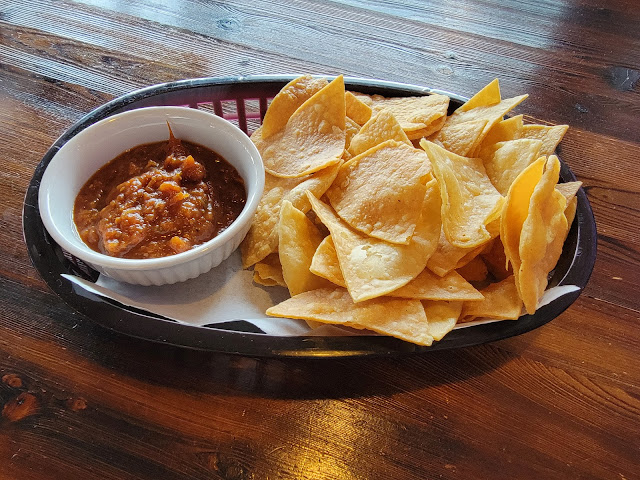 We were served complimentary tortilla chips and a pretty good salsa before we even had a chance to order. 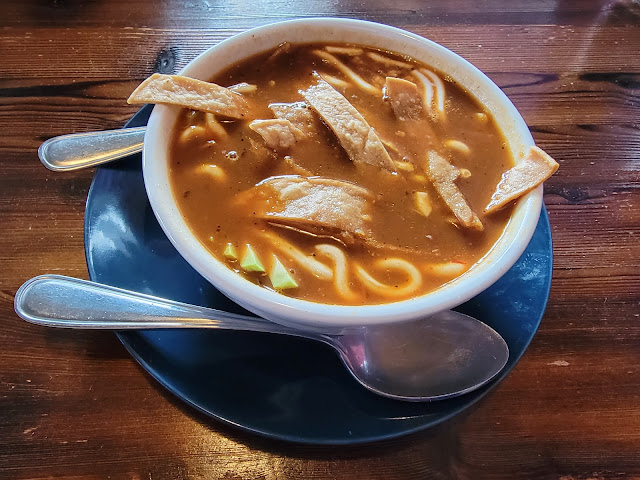 In the absence of the Chowdown Chowder, our host recommended the Tortilla Soup which follows along similar lines. Sure enough, it was very good with crunchy strips of tortilla contrasting with the rich broth, chicken and noodles. Very good! 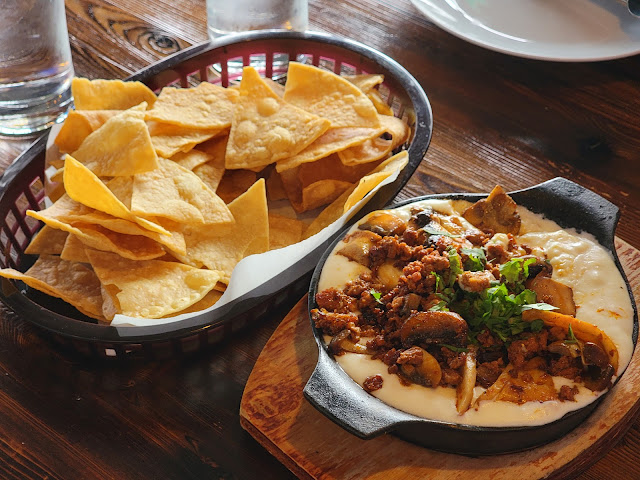 When I was in Houston almost exactly a year ago, I had Queso Fundido for the first time and was deeply impressed. I have not seen it on menus since then but they had it here and of course, we had to order it! Very rich melted cheese and chorizo are the basic recipe into which you dip tortilla chips. It was delicious but definitely made for sharing! 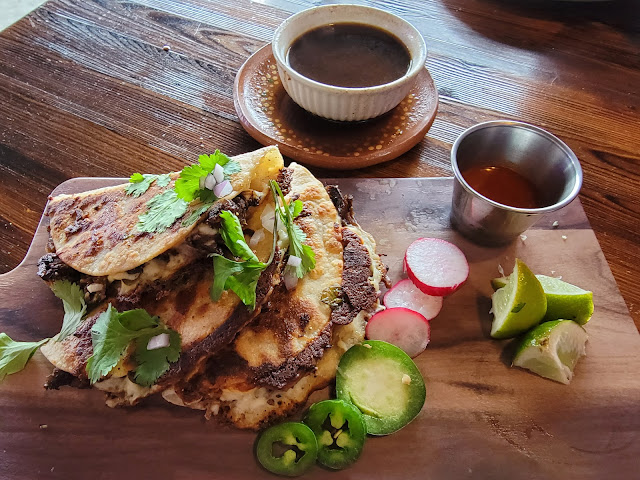 We (and possibly everyone else in the province according to our host) have recently discovered Birria Tacos! Again the question arises; where have these been all our lives? Slow-cooked rich beef and cheese are folded into a tortilla and grilled so that you get a nice crusty cheese skirt around the edges. Served with a cup of beautiful broth from the braising for dipping, these were amazing. 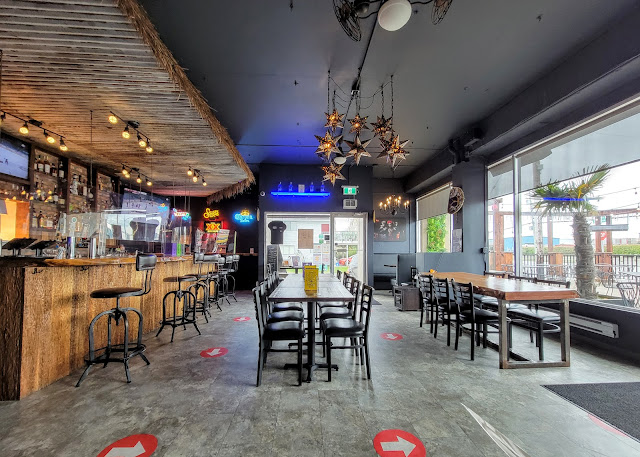 By Yes! We're Eating Vegan Again! at March 01, 2021
Email ThisBlogThis!Share to TwitterShare to FacebookShare to Pinterest