Websites are so important. The Vegan Cave website (at least the desktop version) makes it look a little like a convenience store and I have just never been enticed. Fortunately, Google has a listing for them (with pics and all!) that gives a very different feel. It makes them seem more inviting and provides a more realistic idea of what they are about. I hope to do the same. 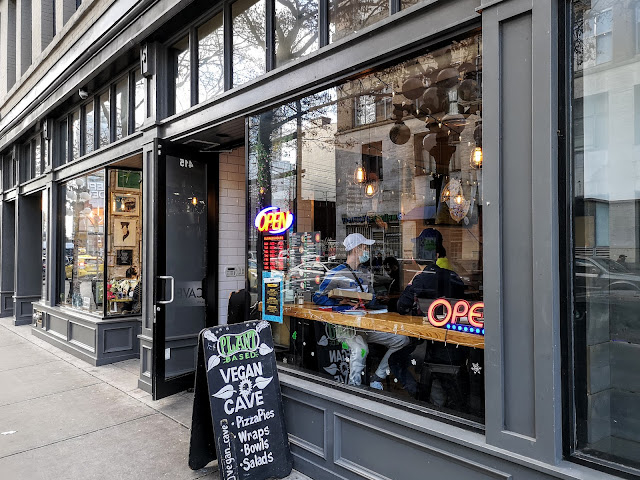 Located on Abbott between E Hastings and Pender, V.C. is sort of right on the crest of the gentrification wave that starts with Woodwards. Not exactly spacious, timing will be important here (or take out anytime) and we arrived sort of mid-afternoon on Saturday and were able to sit down to eat. 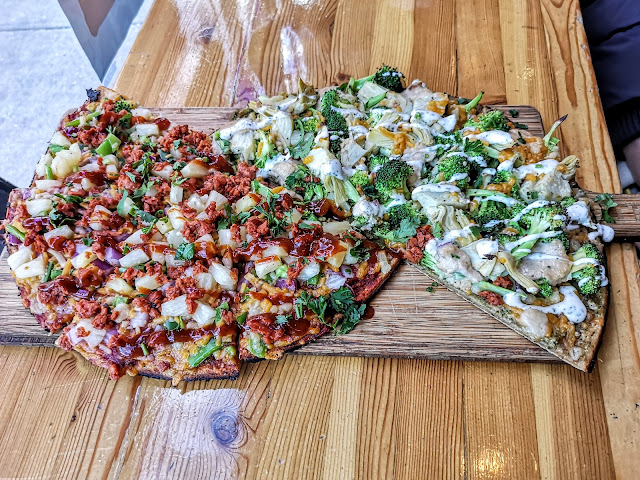 Our enthusiastic host walked us through the menu and we took his suggestions. We started with a pizza which came with an almond flour crust (you have the options of whole wheat or cassava flour) which was very good! At his suggestion, we ordered a half and half arrangement of  Buddha on the Beach (Mharie's favourite ham and pineapple) and Prestoprana with all the vegetables. Ordinarily, we don't think of broccoli as a pizza topping but it worked well here! Along with pesto, cashew ricotta, mozzarella, ranch, cilantro and artichoke hearts, this was quite an amazing combination and we loved it! The Budda in addition to the bacon, pineapple, red onion, red pepper and mozzarella came with a barbeque sauce drizzle. To be honest, the barbeque sauce was a bit overpowering (a little too much tang) but the combination, in general, was pretty tasty. 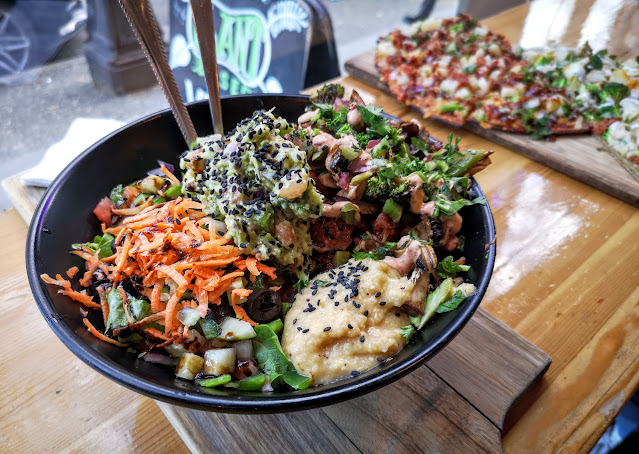 Eating out as a vegan means ordering a lot of 'bowls' but as they go, this one might well have been the best. At the ridiculously low price of $11, there was a lot of food here!  The La Tinga featured Mexican style marinated jack fruit over rice with guacamole, cashew sour cream, and tons of salad and veges! It was spicy and great! An $11 bowl that satisfies and your nutritional and taste needs and nothing had to die! This provides a bridge to a plant-based diet that would satisfy the pickiest eater! 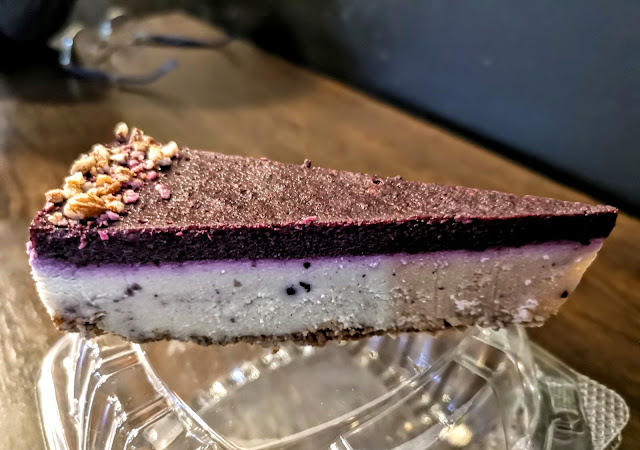 Despite the fact that we were full and packed up our bowl to go, we wanted to try at least one dessert here. It turned out that they were running short but just less than a block away, the Caveman Cafe (their sister restaurant) featuring vegan, paleo and keto dishes, had a similar dessert line up. So we stopped in and tried a vegan Cheesecake (with some kind of fruit topping ) and were suitably impressed. 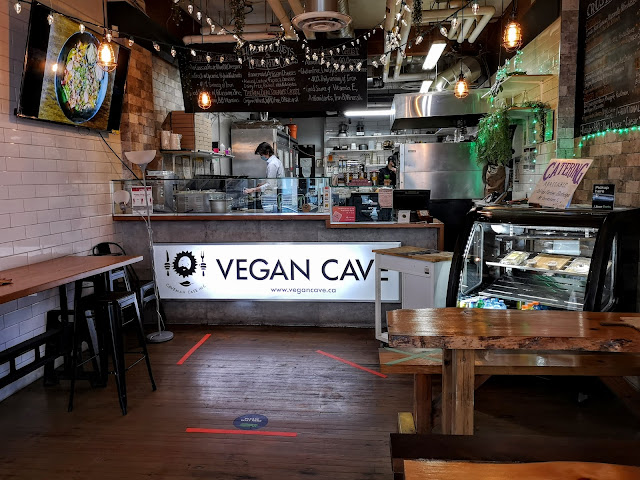 By Yes! We're Eating Vegan Again! at January 27, 2021
Email ThisBlogThis!Share to TwitterShare to FacebookShare to Pinterest