OK so I really wanted a Chi Pig pizza box but they weren't available at the time. I have been listening to SNFU a bit lately and find their music to be rather melodic for a punk band. The twins are really excellent guitarists and play off each other well and Chi was an impressive frontman. I kind of wish I was into them back when they were playing the Vancouver clubs and bars. R.I.P. Ken Chinn. 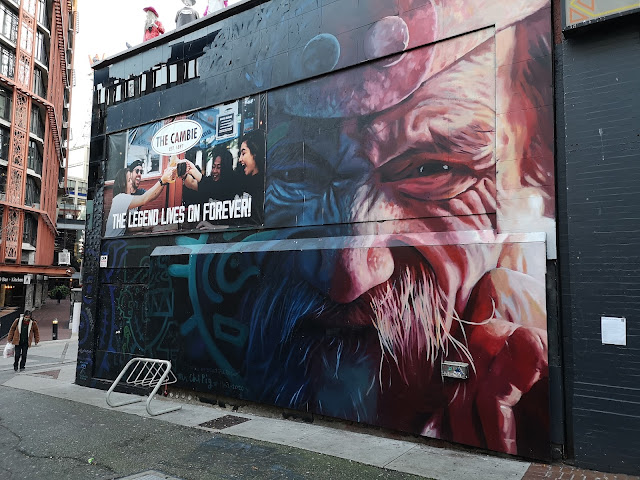 I couldn't get the pizza box but we went and checked out the mural in his honour in Gastown. 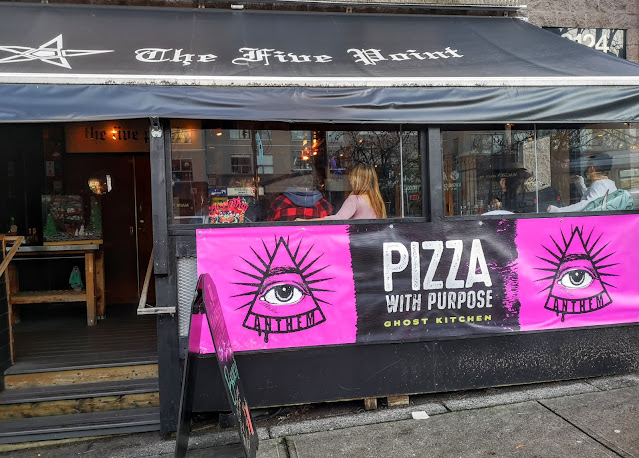 Admittedly, this is the most I have spent on pizza in a long time but a) this is really good pizza, b) this is pizza with a purpose (a portion of the proceeds goes to charity including the BC Children's Hospital Foundation) and c) it served us for 2 full meals. This is a take out only kind of deal, one of the two pick up locations being at The Five Point on Main Street between 15th and 16th. 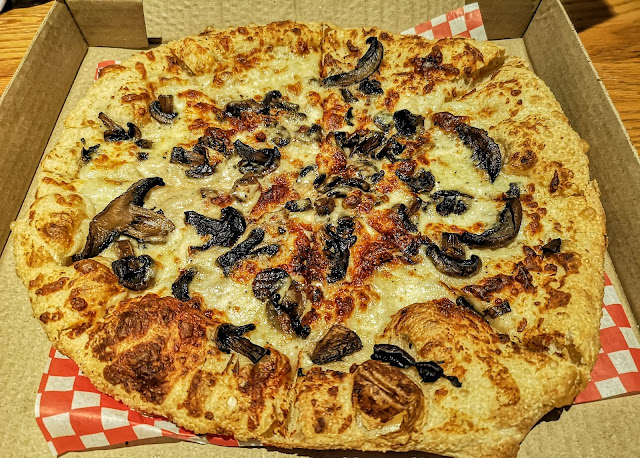 We ordered 2 pizzas the first of which was the "I Want To Be Sedated" which was mushrooms, various cheeses and truffle oil on Alfredo sauce. They were maybe just a bit heavy-handed with the truffle oil which can happen fast and frankly it was not a terrible thing. The crust was very good with a hint of char but maybe just a bit on the too chewy side. It was an amazing combination of flavours though and they are generous with the toppings. 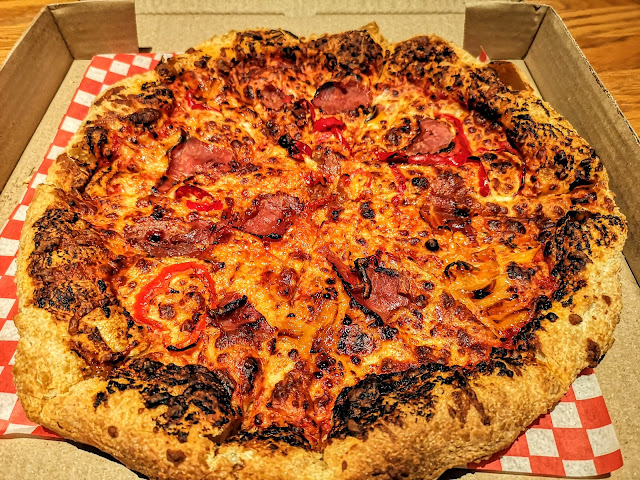 Mharie likes her Hawaiian style pizza and so we tried "Hunky Dory" which featured Prosciutto and pineapple jam. The addition of banana peppers gave it just a bit of a kick.  Pretty impressive! All of Anthem's pizzas are in the $20 to 24 range (one size) and are named mostly for rock 'anthems'. 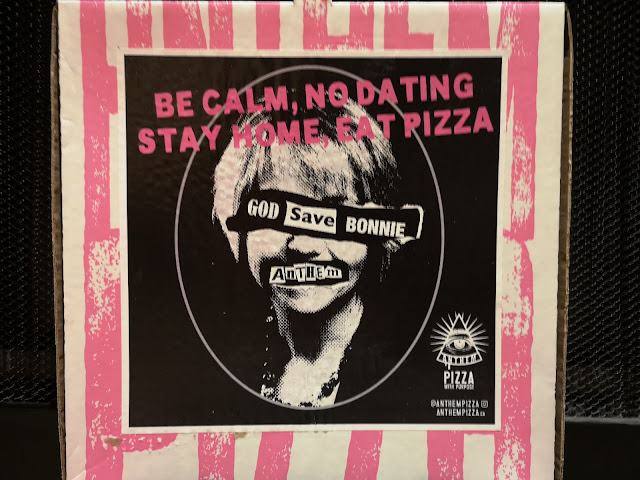 As for the boxes, while Chi Pig was not available, Dr. H was. All of the boxes are almost works of art and worth driving out of your way to get (will we end up trying to collecting them all?). 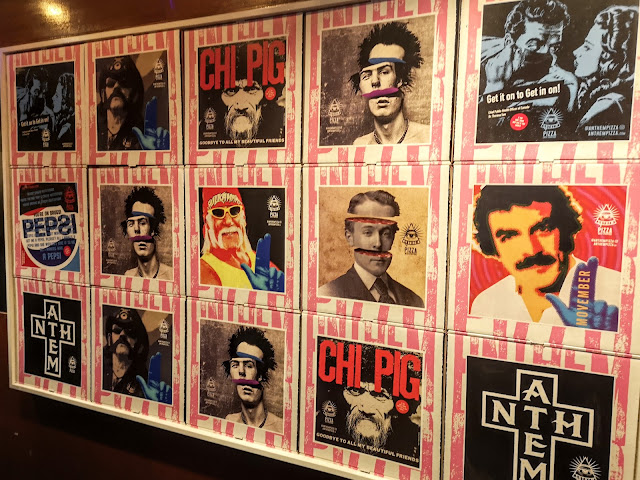 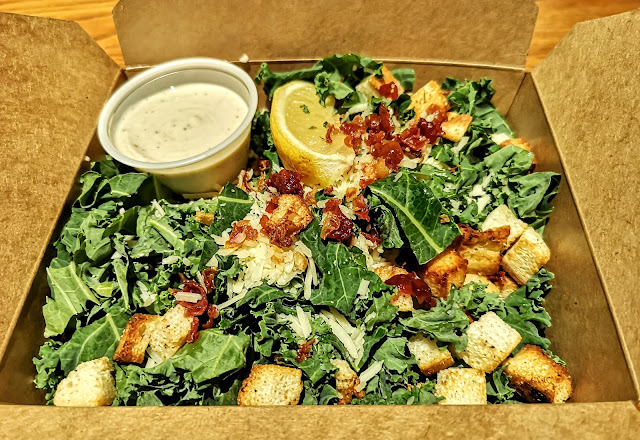 By Yes! We're Eating Vegan Again! at December 19, 2020
Email ThisBlogThis!Share to TwitterShare to FacebookShare to Pinterest