Some time ago, we discovered a guy who has been on Scoutmagazine.ca's "Never heard of it" list, upstairs at Robson Public Market. He is a bit of an unheard-of legend around here having run a little place on Kingsway where people went for Szechuan type snacks and beer. Then he ran Nine Fishes in Richmond, famous in its own right. 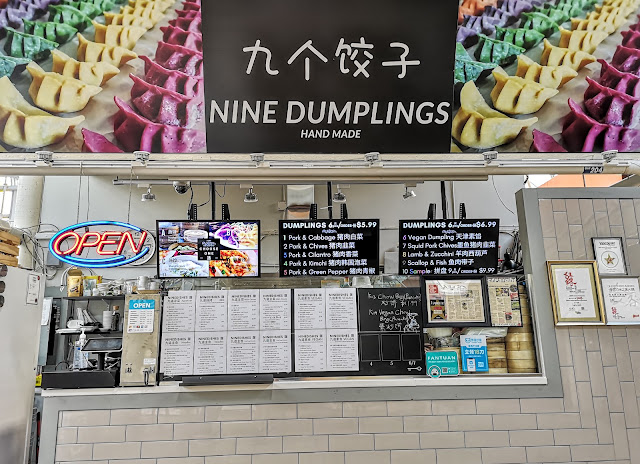 So when we saw Nine Dumplings, something rang a bell and there was the man. I showed him the picture from Scout Magazine and he confirmed that this is his latest venture. It is another successful one as you can tell by the accolades posted on the wall near their food stall counter. This is kind of an artisanal undertaking as their dumplings are handmade and colour-coded for your convenience! 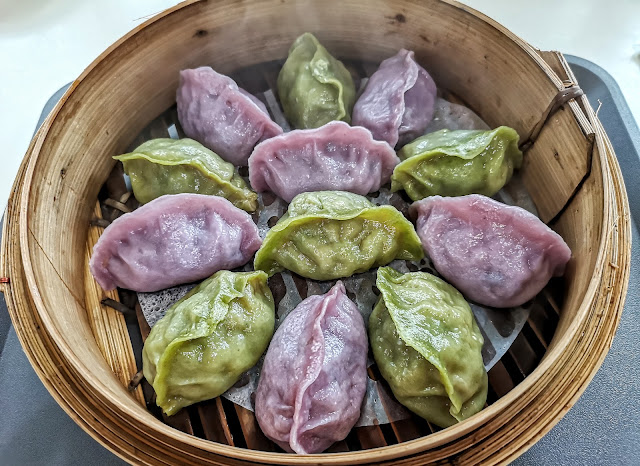 We ordered 6 Vegan Dumplings (observing Vegetarian Awareness Month) and 6 Pork Kimchi Dumplings (for my partner who chooses not to observe as is her right). The vegan dumplings had a very tasty filling of fermented tofu, cabbage etc and the dumpling wrapper itself was just hearty enough to contain the filling. You can order your dumplings a couple of different ways and we chose steamed. Mharie confirms that the pork and kimchi were very good also. 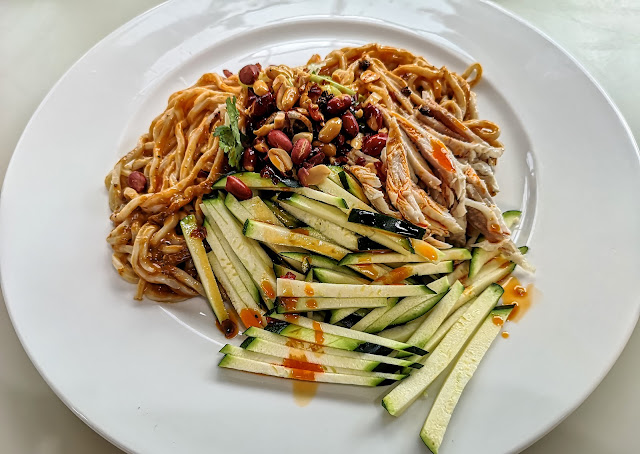 Next up was Vegan Szechuan Mala Cold Noodle with Spicy Peanut Butter Sauce and Vegetable. Almost half of the menu here is vegan (keep in mind that we are in the West End) including some soups, stir frys and noodles. The noodles in this dish had some nice chew and the sauce made me sweat just a bit with that lovely numbing of Szechuan peppercorns. There was lots of zucchini and peanuts to round out the dish. 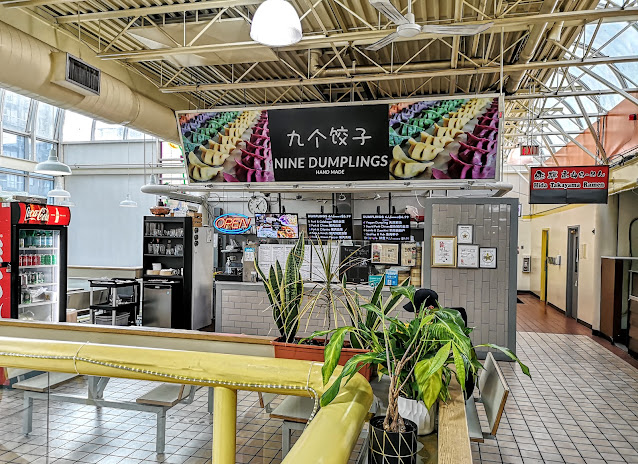 By Yes! We're Eating Again! at October 12, 2020
Email ThisBlogThis!Share to TwitterShare to FacebookShare to Pinterest