We don't eat a lot of doughnuts so when we do, it seems like it's OK to splurge a little bit. Mello is a bit of a splurge but they serve something well beyond the ordinary. 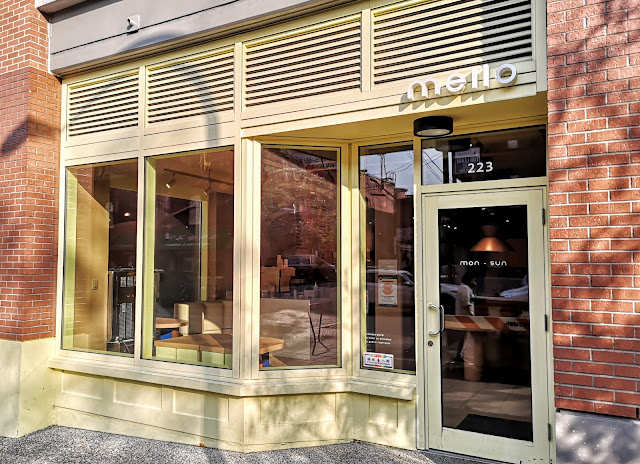 I still don't know how I feel about the changes to Chinatown. I'm not keen on the hipster barbershop and the Tim Horton's but development marches forward. Mello isn't exactly authentic Chinatown either but there they are on East Pender near Main. At least they serve something pretty amazing. As for my observing Vegetarian Awareness Month, the doughnuts we had were meatless! 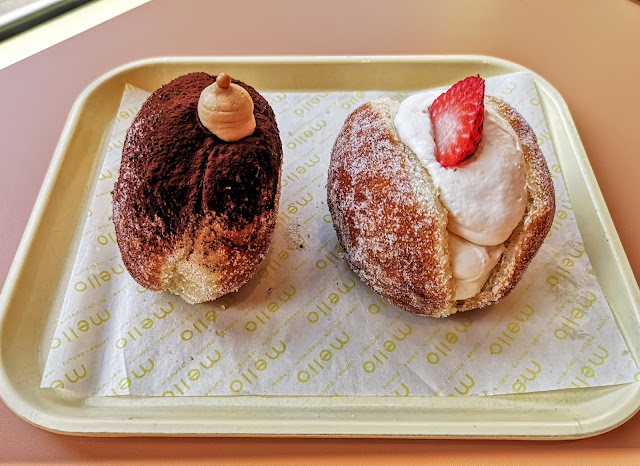 We arrived pretty early and they didn't have their full selection available but that made choosing a lot easier. We had 2 cream-filled brioche doughnuts that were Strawberries and Cream and I think maybe Tiramisu. These were both spectacular but they should be at $4.75. The cream fillings were totally fresh and not too sweet. We thought that the tiramisu doughnut was actually better than tiramisu dessert! 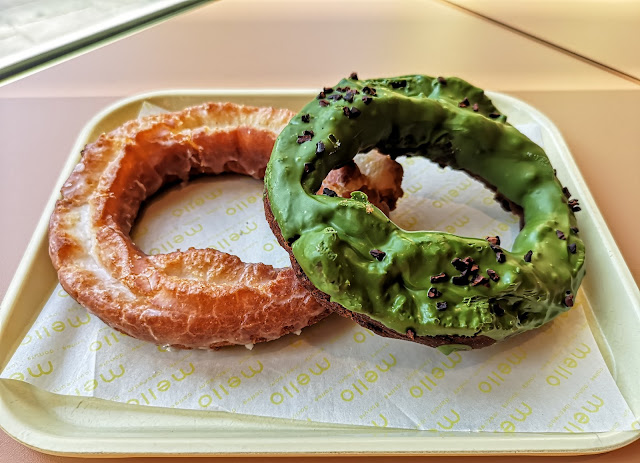 We also had a couple of Old Fashioned doughnuts. I think that we both enjoyed these even more than the brioche doughnuts. The regular old fashioned was only $3 so you don't have to spend $4.75 on everything here. These were both probably twice the size of what you get at TH (and by the way, don't bother). The matcha flavour was pretty distinct. Excellent again! 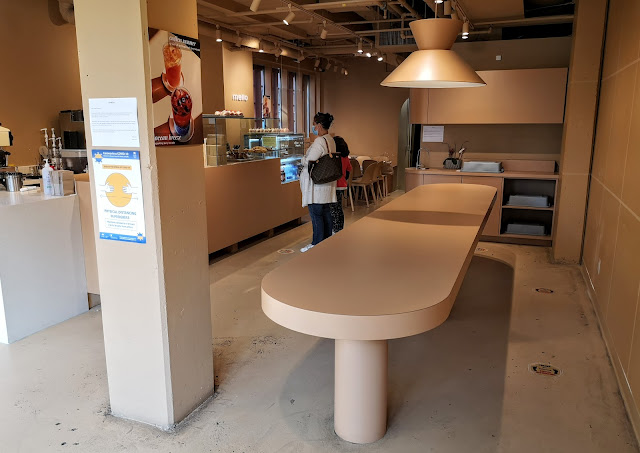 Cashless, take out only and room for a socially distant line up to stretch out the door which I'm sure it does at times Pretty good drip coffee as well. I expect that if things ever get back to normal this might be a great place to sit down and enjoy a break with a friend or a laptop. 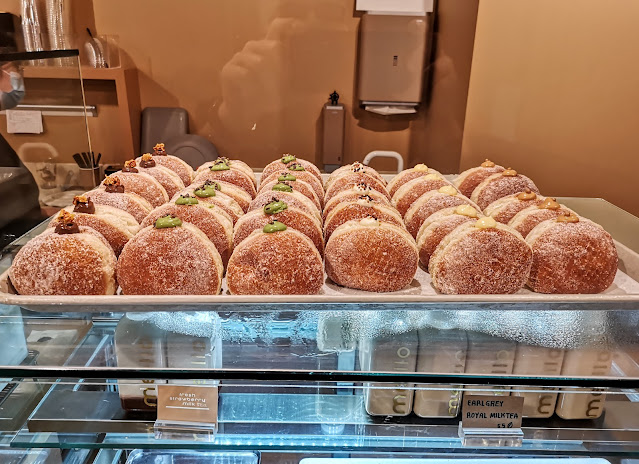 By Yes! We're Eating Again! at October 09, 2020
Email ThisBlogThis!Share to TwitterShare to FacebookShare to Pinterest