In reality, we were not drawn to Covert Cafe by promises of vegetarian food but by Vanfoodster's Cinnamon Bun Challange (a summary of which will be our next posting before the end of the month). 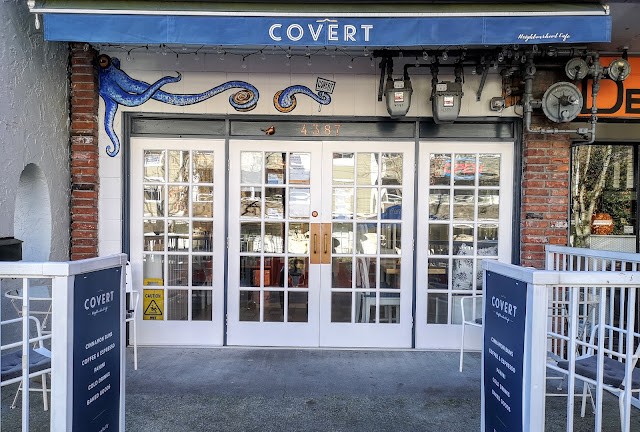 I have only been to Deep Cove a couple of times before but it is a picturesque little community at the south end of Indian Arm. Once you get into town it is not hard to find Covert Cafe (despite the name) as there is basically one main road leading to the waterfront. I am kind of wishing that I had taken a picture of the front of CC that puts it more in the context of this charming village (try Street View!). 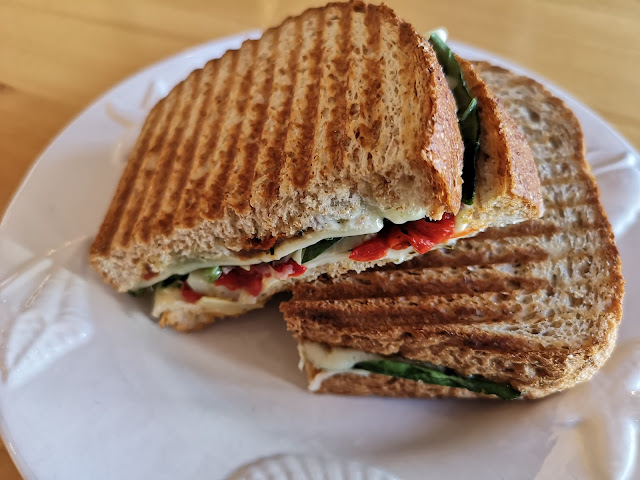 It was almost lunchtime and we were feeling a bit peckish when we arrived so rather than head straight to dessert, we decided to try a Vegetarian Panini. This was a really good sandwich! Spinach, red bell peppers, and artichoke as well as melty gruyere on some nice grainy bread! 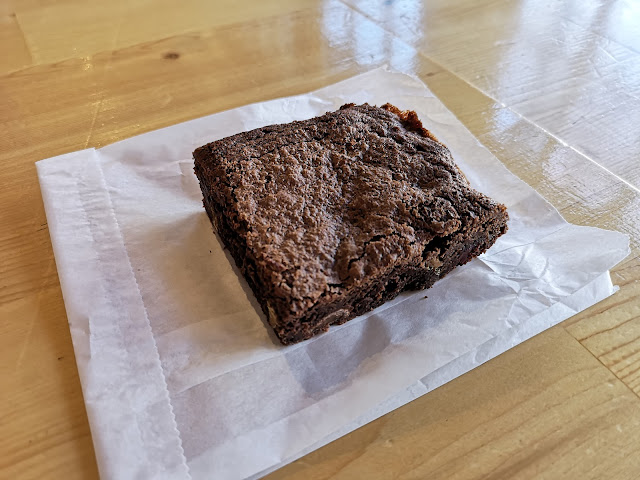 They have a number of tempting baked treats to offer here and we decided to try one of their Fudge Brownies. It was rich and delicious. We were a little thrown by a greenish mark on the bottom (we knew it wasn't anything bad) that turned out to be an M and M which they have included in the recipe! Nice idea! 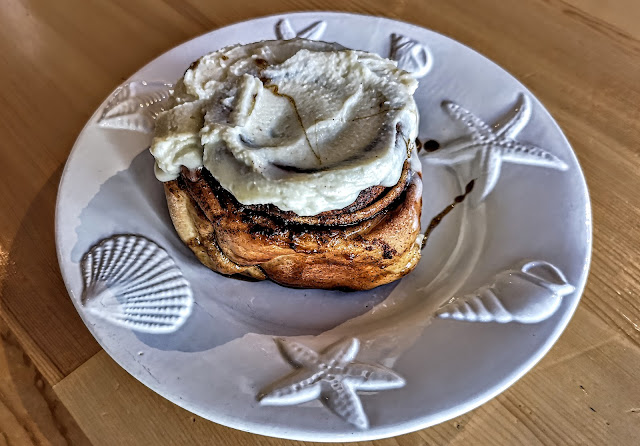 And finally came the main event! With cinnamon buns timing is everything! Fresh from the oven this not small bun was full of warm melty cinnamon sugar and cream cheese icing. It was nothing short of amazing! I am still wrestling with whether this is #1 or #2 in the challenge but for the record, Mharie picks it as #1! 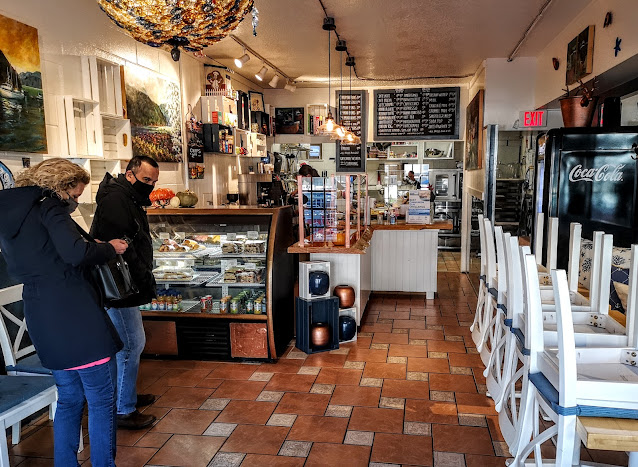 By Yes! We're Eating Again! at October 28, 2020
Email ThisBlogThis!Share to TwitterShare to FacebookShare to Pinterest