We noticed The Katsu some time ago and were happy to see yet another Asian treat had become available a small step further east out the valley. You Vancouver folks probably take for granted the variety of interesting cuisines and foods that are available but the line is often drawn at the Port Mann or the Langley-Surrey border and beyond that is the void. Not that there aren't good places to eat, just sometimes variety is missing. You can get katsu at some Japanese restaurants out the valley but as a speciality, we have not seen it here before. 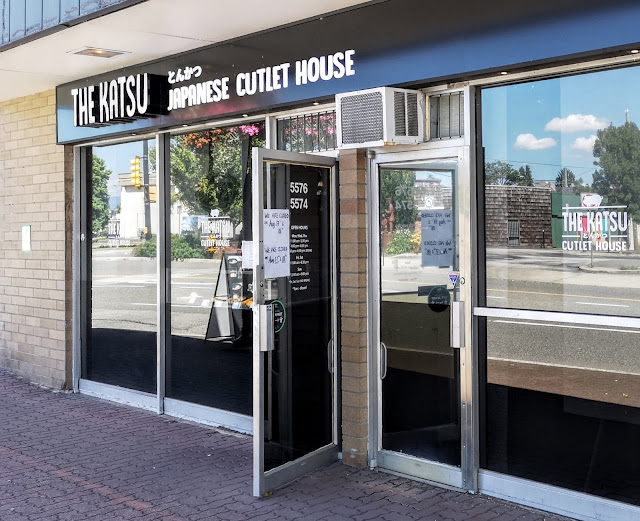 Located on 204th, just south of Fraser Highway, we arrived at The Katsu just at noon on Sunday and were seated right away, after signing in with our contact info. The menu is straightforward at TK. They don't have any appetizers and not even the curry option on their menu (there are a couple of soups to be had). Just katsu in a variety of arrangements and with a variety of proteins. 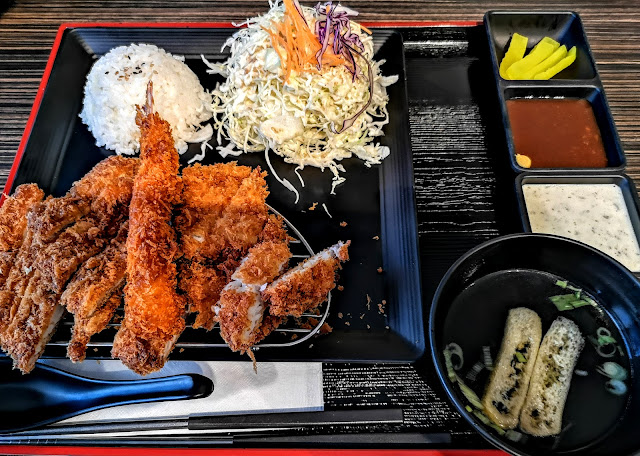 So we ordered one Katsu Combo. It came with tastes of the pork, fish, chicken and shrimp and a couple of appropriate sauces (tartar-ish for the seafood and katsu for the meats). Everything was well cooked, crispy yet tender. I could live on the cabbage, thinly sliced and dressed with sesame dressing. Also, the soup was notable in that there were a couple of little deep-fried morsels that I could not possibly identify but were tasty enough. 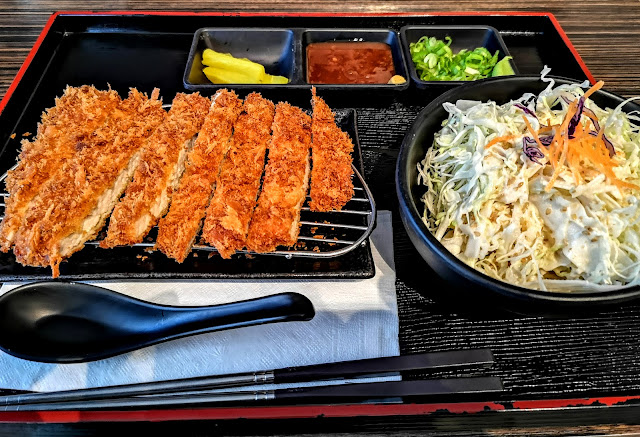 We also had a Soba Combo which was the basic pork katsu complete with dip and cabbage salad which was all very good. 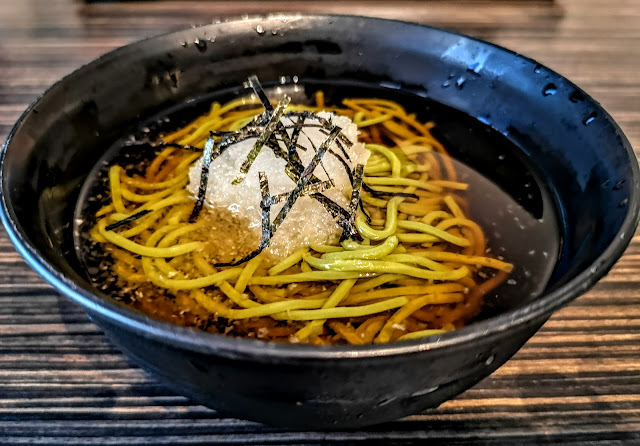 The soba part of the combo was brilliant! It was a cold soup with noodles that had an excellent chew and were really delightful. Beyond my ability to identify was a topping which I might have guessed was fish eggs by the texture but was clear and without fish egg snap. Was this the grated daikon mentioned in the menu description? If so, I am in love. 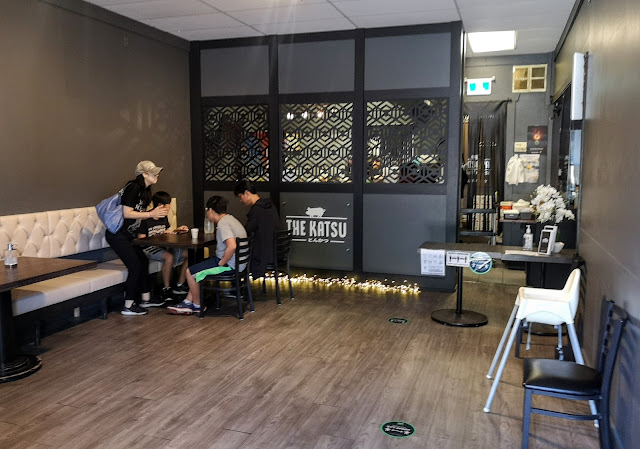 By Yes! We're Eating Again! at August 13, 2020
Email ThisBlogThis!Share to TwitterShare to FacebookShare to Pinterest