First of all, it is not barbequed chicken. It is unapologetically Korean deep-fried chicken but that is a good thing. Also, it is an H Mart thing (also fine as far as I am concerned) and finding a website for it is more than a little challenging. 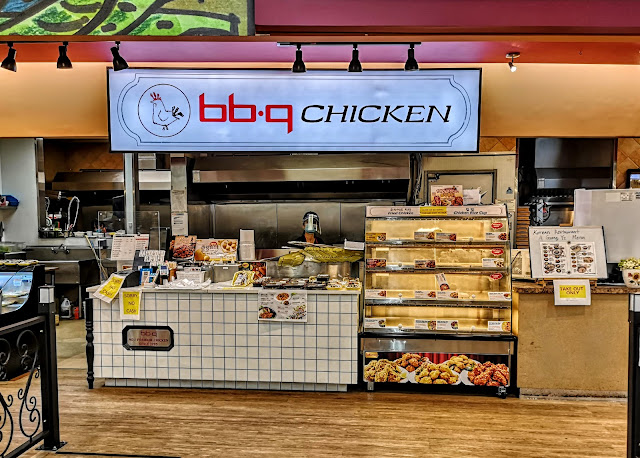 I'm inclined to call it a bit of a hidden gem but only because I was confused about the whole thing. As far as the Korean community is concerned, it is probably not a secret at all! Also, Malaysia seems to be where this started. Whatever...tasty fried chicken. 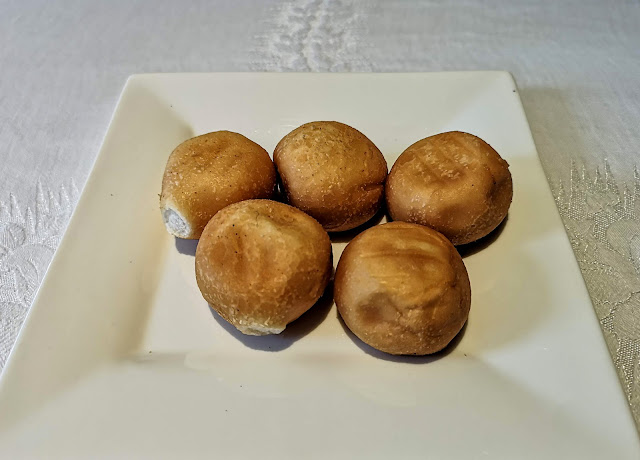 These are way off the KFC track. Cream Cheese Balls. Once again, I feel like we have some communications problems. This is not cream cheese. It might be mozzarella. I'm not sure if it's supposed to be an appetizer or what. It's a little sweet. Melty cheese inside. Not bad. $6.00 for 5. 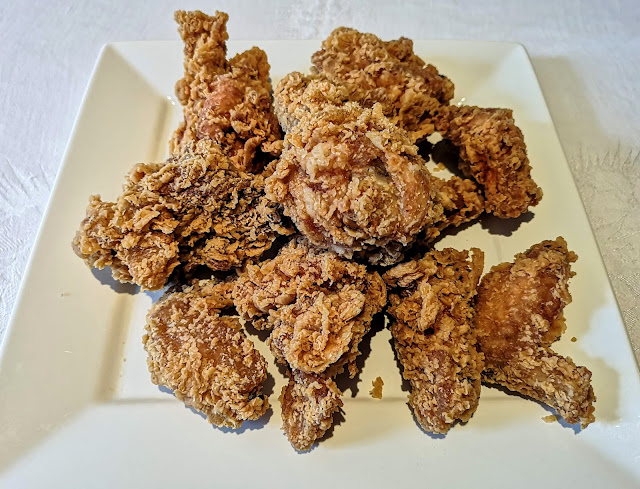 The chicken is really decent. There are a lot of references to olive oil that may just be how it is cooked although olive oil is not the perfect deep frying medium (burns at a lower temperature). There is more info on the box that the chicken comes in than anywhere else! Crunchy and moist as are always the goals! 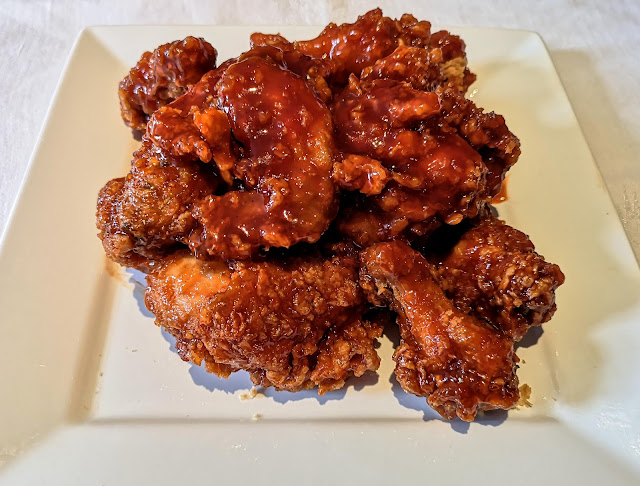 We got the combination #1 which was half Golden Fried Chicken and half Secret Sauce Chicken. Frankly, it was a very good deal at $27,99. You can see how much chicken there is plus they threw in a Coke and some pickled radish. Or maybe they were just being nice, I don't know! There was a bit of spice in the secret sauce version, although there are several flavour choices. 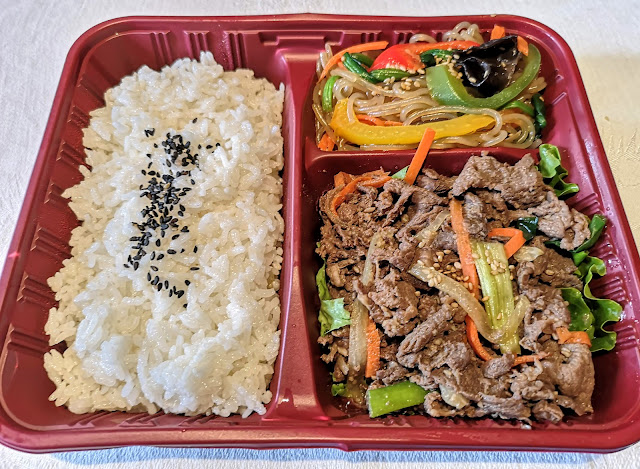 We also walked away with a Bulgogi Beef Bento Box. Still, more confusion as there is one big H Mart kitchen and this was at the bb.q counter. No giant problem as long as we are not left hungry. Nicely done at about $9 for the box.
For what its worth, we give bb.q Chicken 3 out of 5.

By Yes! We're Eating Again! at May 09, 2020
Email ThisBlogThis!Share to TwitterShare to FacebookShare to Pinterest