So Whataburger is a Texas place. It is fast food so I was sort of meh about it but when in Rome... 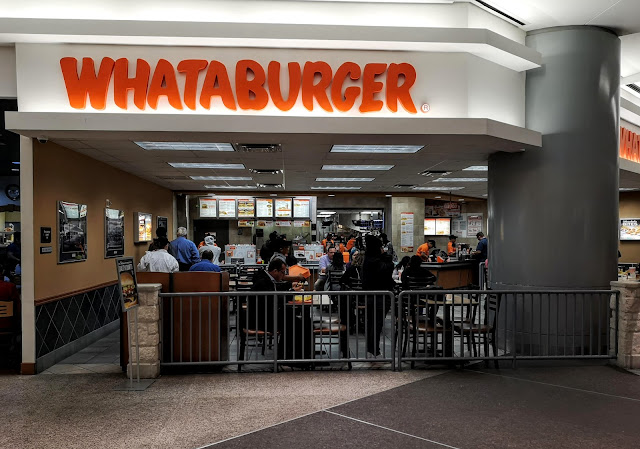 The location I went to was in the Houston tunnel system which is so cool! I literally spent some time just walking here and there and then coming up to the street level to figure out where I was! 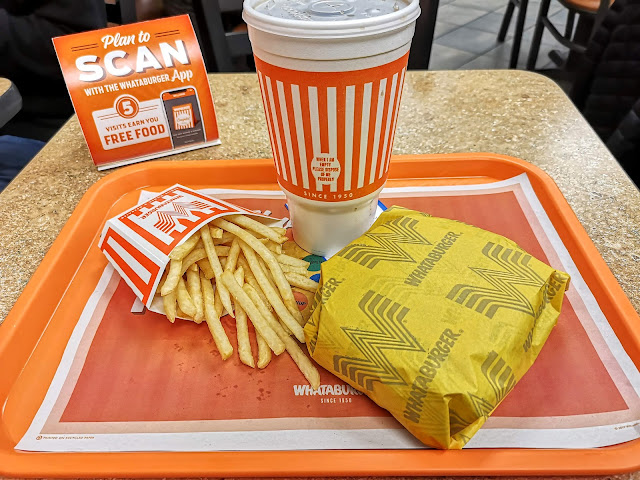 I had the regular Whataburger combo in the name of science. It came with fries and an enormous soft drink. The price was somewhere around $8 USD. 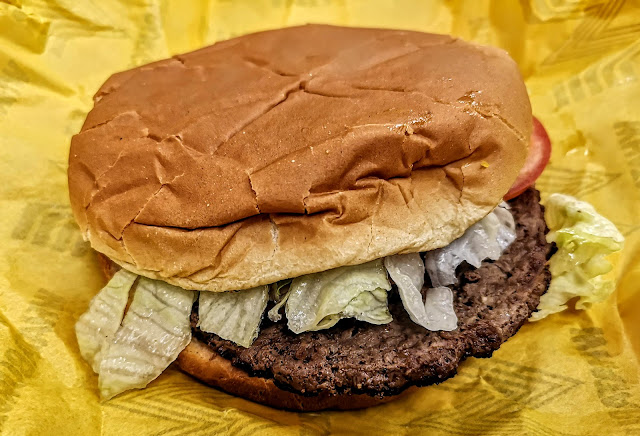 The regular burger was not small but it was pretty dull. A nondescript bun, lettuce, onions, cheese and mustard. The beef itself was not bad with a decent char off the flat top. The fries were ok also and a lot like McDs. The impressive thing here is actually the service. Order at the counter and someone delivers your food to you (number on the table). They also deliver condiments etc. at the same time. Someone was also circulating and offering drink refills so that was nice. The menu is predictable although I noticed that they have biscuits for breakfast sandwiches. I could be tricked into that. I love biscuits.
For what its worth, I give Whataburger 2 1/2 out of 5. The extra half is for the people and service.

By Yes! We're Eating Again! at February 17, 2020
Email ThisBlogThis!Share to TwitterShare to FacebookShare to Pinterest