It felt like a long time since we had been for Korean food and that's not good! Oz had been on my list for a while and I knew going in that I would order too much as there were so many appealing choices on their online menu. 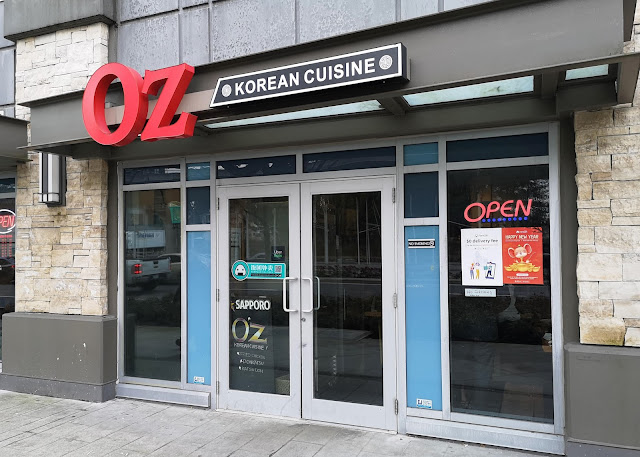 Located just a couple of blocks from Coquitlam Centre, we showed up mid-afternoon on Saturday and not surprisingly were seated right away. 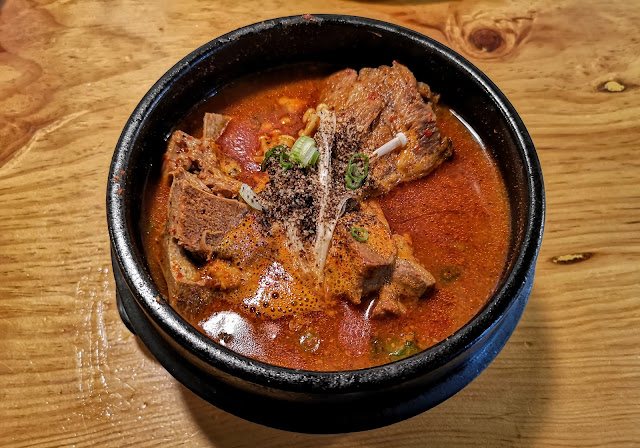 We ordered the Pork Bone Soup which may have come with a side of steamed rice (something did). I have come to be a fan of this soup and its rich spicy broth and always order it when it is on the menu. The use of neck bones which might seem to some like they have no use but stock is the sign of great cuisine; peasant cuisine in which all parts of an animal are used and made into something great. Nothing is wasted and if you are a carnivore that should always be true. The process of carefully picking over the bones for the tasty bits of meat feels like a bit of a ritual. The soup is nicely rounded out by a few enoki mushrooms and chunks of potato. Excellent! 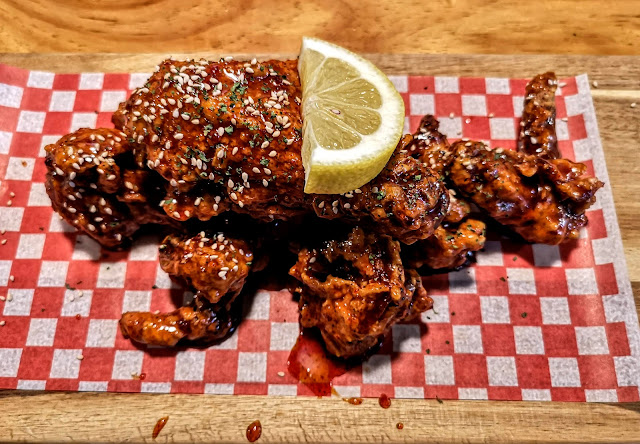 We always kind of crave Korean Fried Chicken and this time we ordered the sweet and spicy version. In retrospect maybe the regular would have been a better choice. The sauce kind of detracts from the crispy double fried pieces and is maybe a little too sticky and sweet. That is not a deep regret and we still enjoyed it. You can order a half portion (which this is) for only $13.50 or a whole or half and half. 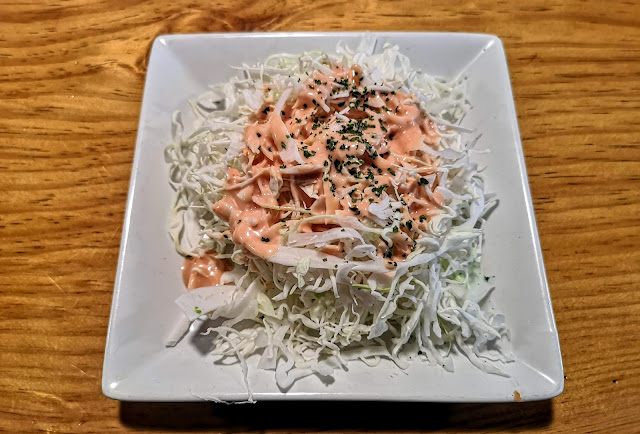 The finely shredded cabbage with some variation of Thousand Islands is always one of my favourite things. This came with something but again, I'm not sure what! 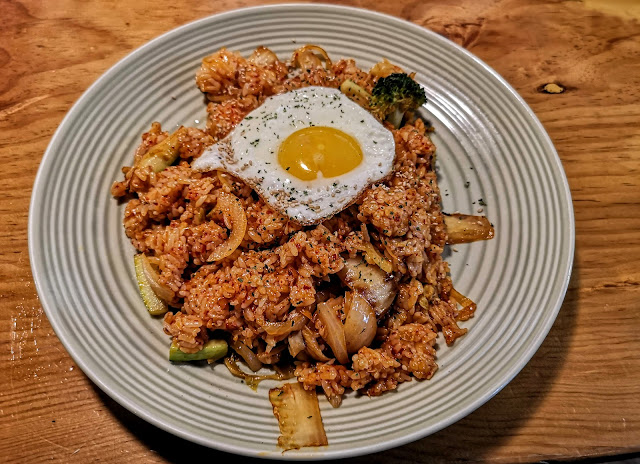 Kimchi Fried Rice was next. No big surprises here as the kimchi seemed to be of good quality and the egg was nicely cooked. A comforting dish. 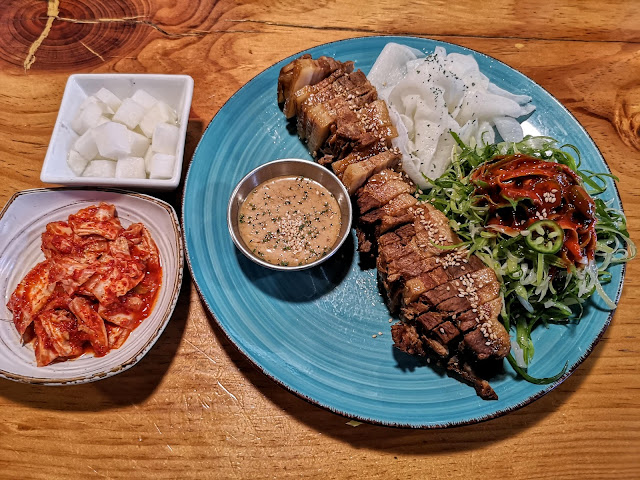 This was the first time that we have had Bossam. At $18 it was the most expensive thing that we ordered but look at how much pork belly there is! Served with pickled radish and slivered green onion and a spicy sauce and another sort of chilli sauce, this was amazing. I'm not sure if it was just that it was new to us but we were keen on it. I remember when I thought Korean food meant Bibimbap, and Seafood Pancake and now we are so enamoured of the dishes we have discovered since then. The pork belly was so tender and we ate it with tastes of all the sides in the same bite or in various combinations. Excellent! 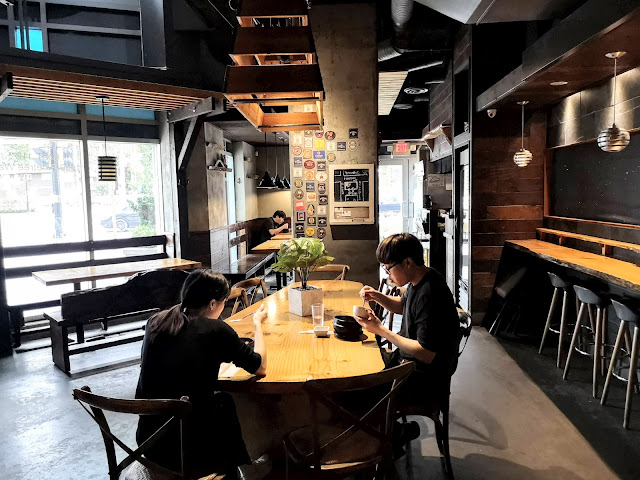 This is a chic and comfortable little place with lots of warm wood. We found the service to be very good. Just so you know, we took probably half of the food home. I don't want you to think that we are gluttons!
For what its worth, we give Oz Korean Cuisine 4 out of 5.

By Yes! We're Eating Again! at February 26, 2020
Email ThisBlogThis!Share to TwitterShare to FacebookShare to Pinterest